Two moms shared their own experiences with grief after experiencing miscarriages. 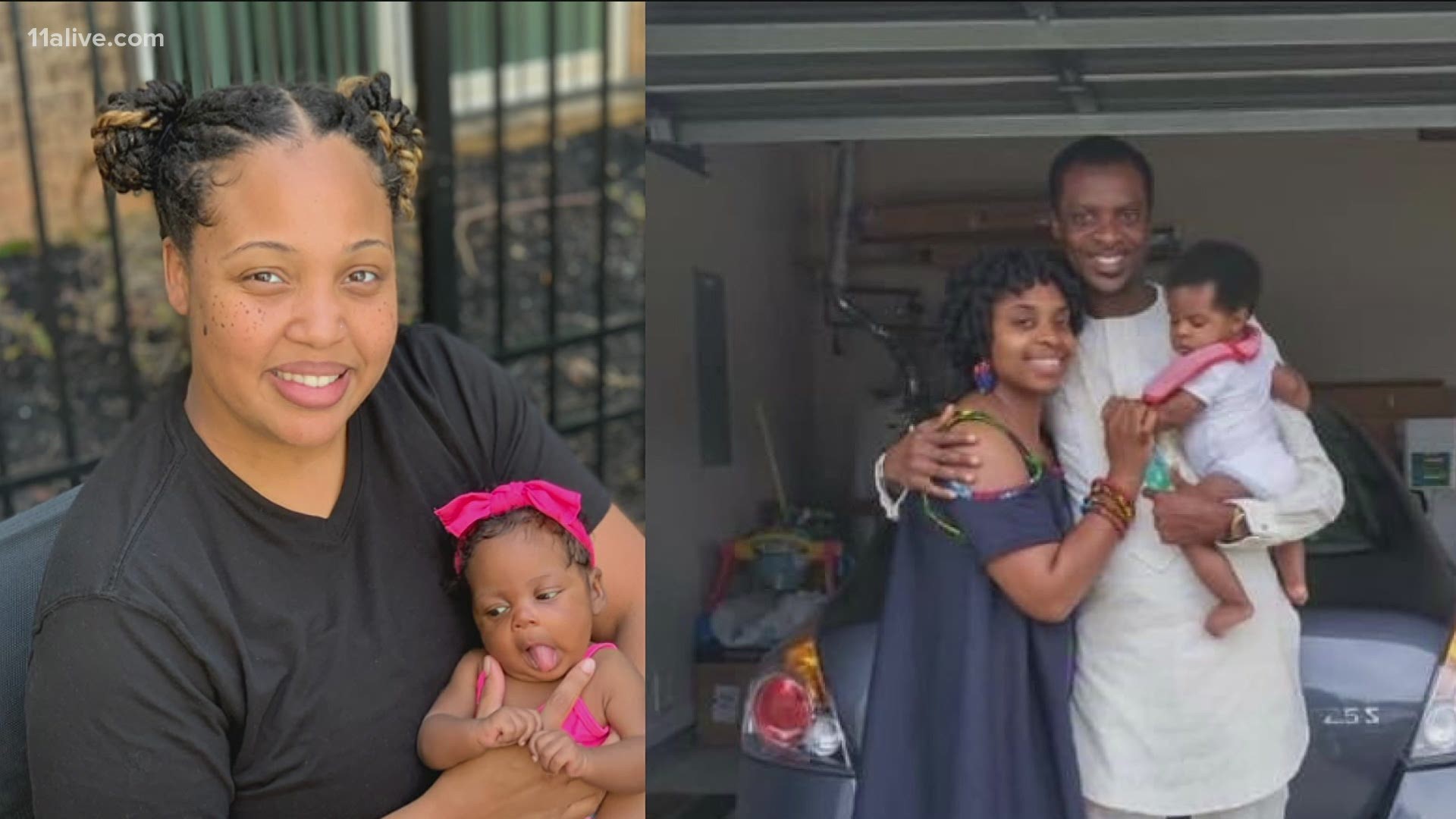 The black and white images showcased a mom and dad, experiencing the loss of their child. In one picture, the mom sits bent over on the side of a hospital bed, face scrunched in pain as tears rolled down her cheeks.

The two people in the photos happen to be celebrities, Chrissy Tiegen and John Legend. But their story is similar to thousands of other parents who went through the heartbreak of losing a child before birth.

“I was 17 weeks pregnant when I found out that my second child did not have a heartbeat," recalled Innis Usoro.

Both moms were reluctant to tell their stories; uncomfortable because of shame and stigma.

“I was embarrassed because I had told a lot of people, and I don’t even know where embarrassment comes from," Usoro explained.

Schulze added, “To me, having a miscarriage felt like failure.”

Usoro found out her pregnancy had complications around the 12 week mark.

“They saw the abnormalities - fluid around the neck. It looks like the baby won’t come out of this," she remembered.

Usoro said she was given the option to have an elective abortion, but she wanted to continue with the pregnancy. During another appointment when she was 17 weeks pregnant, she said the ultrasound technician was quiet during the visit and later left her alone in the room for over an hour.

“I was praying and crying at this point, but I knew something was wrong," she said.

In denial, Usoro said she waited one more week before going to the ER and accepting she miscarried. She and her husband named the baby, Nyetiabsi Usoro, which means "I will remember God."

“I will always remember the journey I had with her," said Usoro, who also admitted she had moments of anger and confusion will grieving her loss.

As a mom of one older child, Usoro said she isolated and asked her friends at work to tell other co-workers, so that she didn't have to talk about the experience.

Schulze said she had a difficult time talking after her two miscarriages, as well.

“You know what to say to give out good news, but it’s like, how do you give out bad news? To me, having a miscarriage felt like a failure," she said.

She and her husband had tried for a baby a few years after the birth of their son. During the first miscarriage, Schulze learned her baby didn't have a heartbeat during an ultrasound visit. She had to take medicine to induce labor.

"To me, that was the most difficult thing, because you feel like you're in labor, but you don't have the payoff of a baby," she described.

"It was heartbreaking to deal with losing a life while you're trying to celebrate another one," she admitted.

Schulze, too, experienced anger, confusion and embarrassment. Eventually, she added paranoia to the list of emotions, when she became pregnant again.

"It was about six weeks, and I had a little bleeding, but I was able to see her heartbeat, which I wasn’t able to see with the other ones. I’m so filled," Schulze paused, covering her mouth as she started to cry. "It’s just, I don’t take anything for granted.”

Her double rainbow baby was born in July of 2020.

Both Usoro and Schulze leaned on their faith to cope with their losses, and said their husbands shared in their grief, as well. The moms said they learned others were not always receptive to their pain.

“Most people say, 'oh you can try again,' which the worst thing you can say to someone after that, because it doesn’t help," Schultz said.

“I wish the people around me knew to not rush me through the grieving process," Usoro added.

As Chrissy Tiegen showed her immediate pain with the world, some judged her for sharing the experience publicly. But Usoro said opening up to others, is one of the things that helped her through her process.

“More women have this issue, too," she said. "So, I need to talk about it, and I need to give myself some time.”

Schulze said she was taken with the strength it took for Tiegen to share her story in the way she did.

The two moms hope the pictures give others space to grieve in their own ways and to share their stories to help others find strength.

"It’s not your fault, it’s out of your control," Usoro assured. "You matter, your story matters. Share your story."

For those grieving the loss of their baby, March of Dimes provides many avenues to cope, and Now I Lay Me Down to Sleep gives parents a chance to experience the "healing power of remembrance."