The student who was diagnosed attends Mabry Middle School. 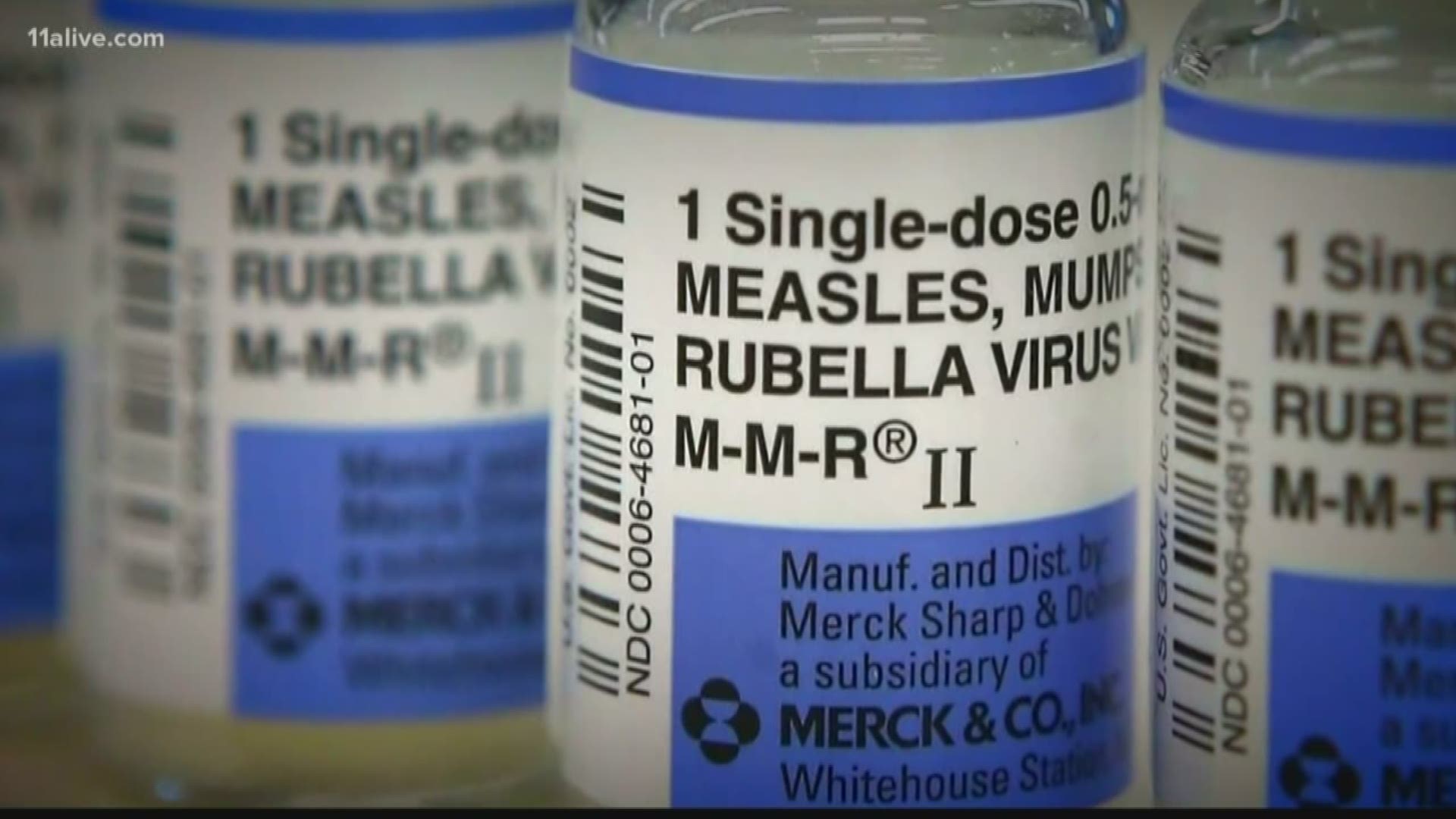 COBB COUNTY, Ga. — Parents in Cobb County are on high alert after a student at Mabry Middle School was diagnosed with measles.

It's incredibly contagious, and can get other people sick long after the person infected has left the room.

Measles spreads through the air. If a person who has it coughs or sneezes in your direction, you could be at risk for up to two hours after they leave the room. If you're vaccinated, you are not likely to get sick.

According to the Georgia Department of Public Health, measles starts with fever. Soon after, it causes a cough, runny nose and red eyes. Then, a rash of tiny, red spots breaks out, starting at the head, then spreading to the rest of the body.

The Department of Public Health says the measles vaccine is 95 percent effective with a single dose, but if you're not vaccinated, you will need to be very careful.

"Definitely we’ve seen pockets of unvaccinated people, and that number has risen; And that’s why we’re seeing this outbreak, there’s no question," said 11Alive medical correspondent Dr. Sujatha Reddy. "The CDC even says it’s the unvaccinated people that are making the rest of us vulnerable."

Dr. Reddy says people who are not vaccinated against the measles should be worried.

The Health Department has not said how a middle school student at Cobb County's Mabry Middle School contracted the virus, but they may have exposed other people to it between Oct. 31 and Nov. 6.

"Hopefully, (with the latest case in Cobb County), the majority of their classmates have been vaccinated and they're protected -- and that is probably why we haven't seen more cases," Dr. Reddy said. "And I hope we don’t see any more."

The middle school is asking any student who is not vaccinated to stay home for three weeks, so they can be sure the school is safe.

A district spokesperson told 11Alive they work year-round to keep their schools germ free, and they're working directly with the Health Department to sanitize the school after the student was diagnosed.

Georgia has a high rate of vaccination among students. Only about 10,000 students statewide are reported to be unvaccinated. But Dr. Reddy says those few can impact the whole population of the state.

"It (the high numbers of cases) is actually alarming, because measles was almost eliminated in the world," she said. "And there’s no question that because we have pockets of unvaccinated people, we’re seeing this disease come back, and come back strong."

The school district says students who are not vaccinated should not come back to school until at least December 2 -- that's the Monday following Thanksgiving.