People are seeking out emergency preparedness stores to find food with long shelf lives and masks to protect against the virus. 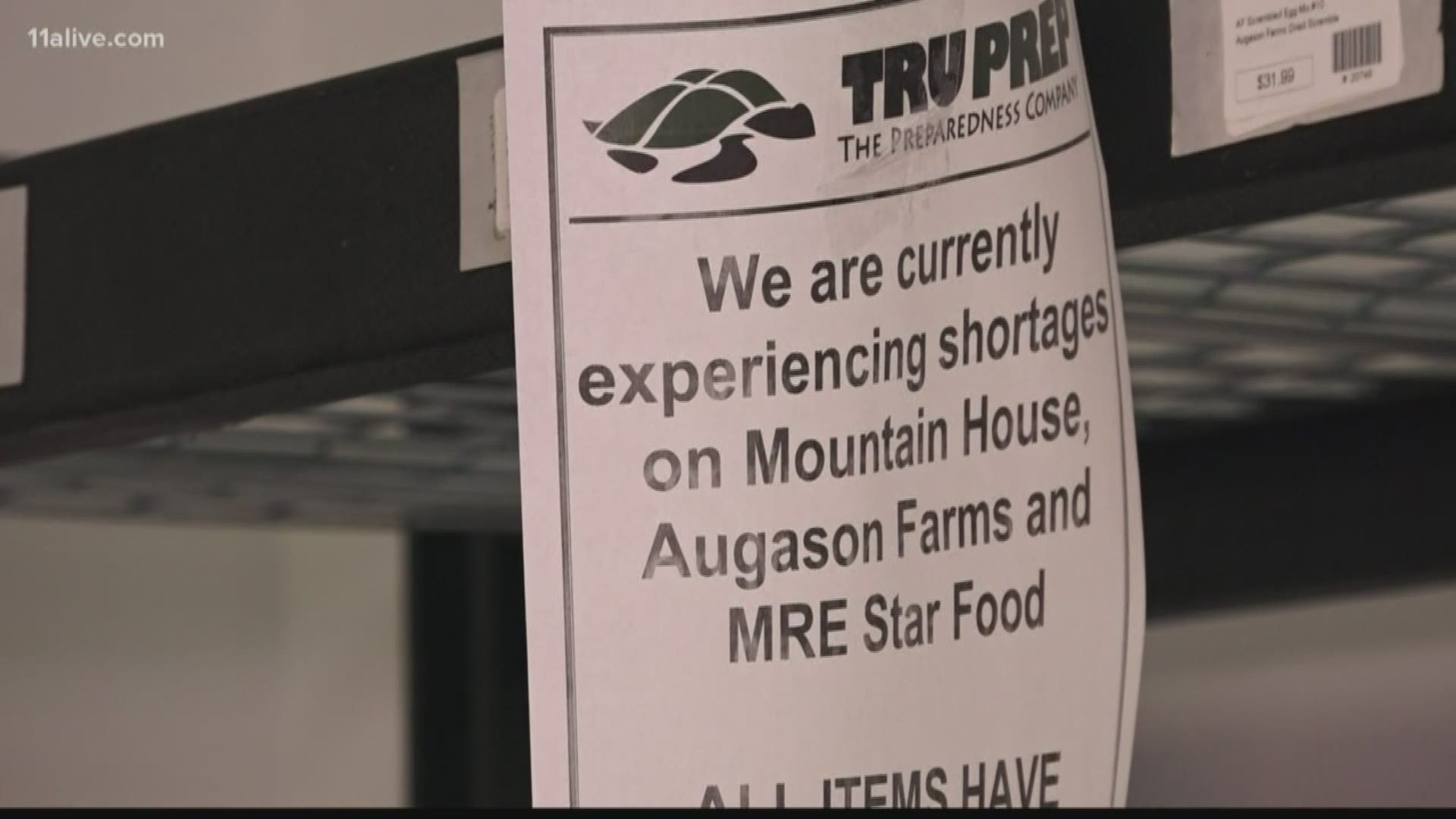 MARIETTA, Ga. — Inside TruPrep, a Marietta-based emergency preparedness store, people can shop for supplies for worse case scenarios. But the shelves that were once full are now emptying quickly because of the coronavirus.

“We just got two pallets in,” said co-owner Joey Smith as he points to a picked over food shelf. “Can’t even get it out on the shelves fast enough.”

Water filtration, first-aid and food are the top three items new TruPrep customers seek.  The only mask left in the store sits on a dummy, showcasing other gear people might want.

Keeping items in stock is not the only issue. Any manufacturers are having a hard time keeping up with demand. And with a growing need for supplies in other countries, the United States is not the highest priority.

The last time a major virus caused a rush on his store- was the Ebola outbreak.

“With Ebola, it was relatively short-lived, and the attention burned off very quickly. But I think this is going to go longer than Ebola.”

Since so many customers kept asking about coronavirus updates, employees equipped the storefront with a monitor to display the current count.

Uncertainty is why Daniel Medina wanted to be prepared, especially after hearing 200 people who recently returned to Georgia from China were self-monitoring for symptoms.

RELATED: Health officials: About 200 people in Georgia are 'self-monitoring' for coronavirus symptoms

“They’re self-monitoring and you’re pretty much asking them to say 'hey, I’m sick and I promise not to go anywhere,'” said Medina.

Smith said he know survivalists and preppers can sometimes get a bad rap.But, in the end, he said prepping for the coronavirus is no different than prepping for any natural disaster.

“It’s not that they’re hovering in their closets waiting for something bad to happen. They’re just taking action and they feel that taking action makes them feel a little bit better for the future.”