"Your dedication to your players and students will forever be remembered through the hearts of many," one tweet read. 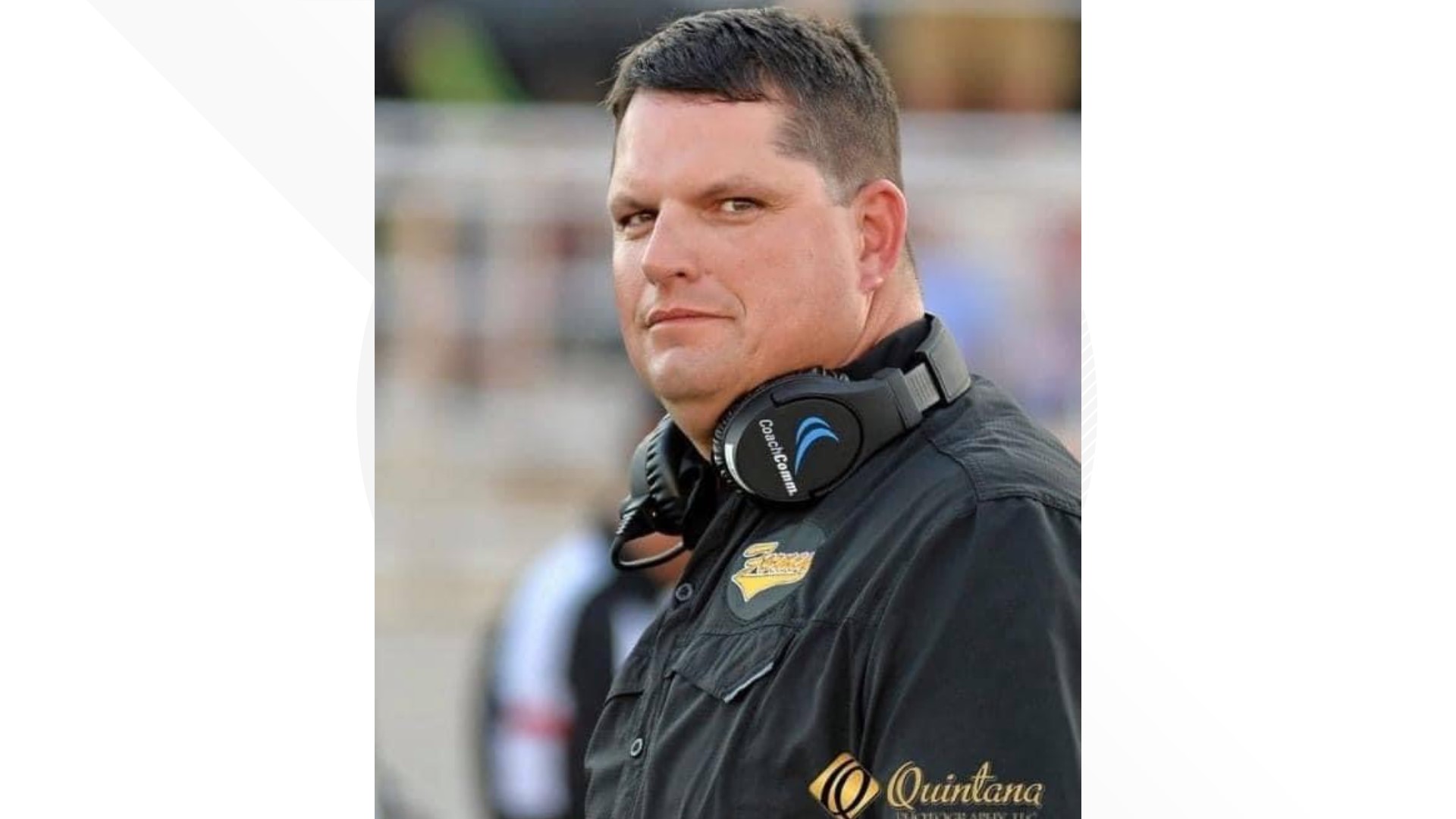 Updated at 6:14 p.m. with quotes from Matt McClain, one of Jeremy Morgan's friends.

Morgan's children took to Twitter to share their grief following their father's death. Many in the community replied to their tweets with condolences and memories of Morgan.

I always knew this day would come but never would I be ready for it to be so soon. To the man who taught me how to be a man, I say thank you. All I have ever wanted to do is be like you, and never have I been more proud to call you my father. I love you, Dad. Rest in Heaven. ✝️🖤 pic.twitter.com/gzO07yDetc

and he was a perfectly healthy 44 year old.

"In my estimation, Jeremy Morgan was about as close to a saint as you will find walking in this earthly world," Morgan's friend Matt McClain told WFAA Monday. "He was always upbeat. Always positive. He was a witness for Jesus Christ. A mentor. A guy that is a shining light for young people. And he made an indelible impression during his time on this earth.

"I didn't know anybody that didn't like him. To know him was to love him. And I’m just sorry for the people that didn't get the opportunity to know him because you're a better person for having known him."

Officials with the school district said they do not yet have any information on arrangements, adding "this is a very difficult time for all of us."

"We are deeply saddened by the loss of our friend and Forney Family member, Coach Jeremy Morgan," district officials said in a statement. "Our hearts, thoughts and prayers are with his family and friends during this most difficult time. Coach Morgan was a blessing to us all and he will be deeply missed."

Morgan had previously coached at Waxahachie High School, where he was an alum, according to a tweet from the district's athletics department.

"Waxahachie ISD Athletics honors the life and legacy of former WHS Coach and Alumnus Jeremy Morgan for his dedication to his family, students, friends and community," the tweet read. "He is and always will be the model of character, faith and discipleship."

The Waxahachie football team had previously asked their community to pray for Morgan on Dec. 1 as he fought the virus.

After his death, the Waxahachie men's soccer team tweeted their prayers to his family and thanked him for his time as a coach at both schools.

"Your dedication to your players and students will forever be remembered through the hearts of many."