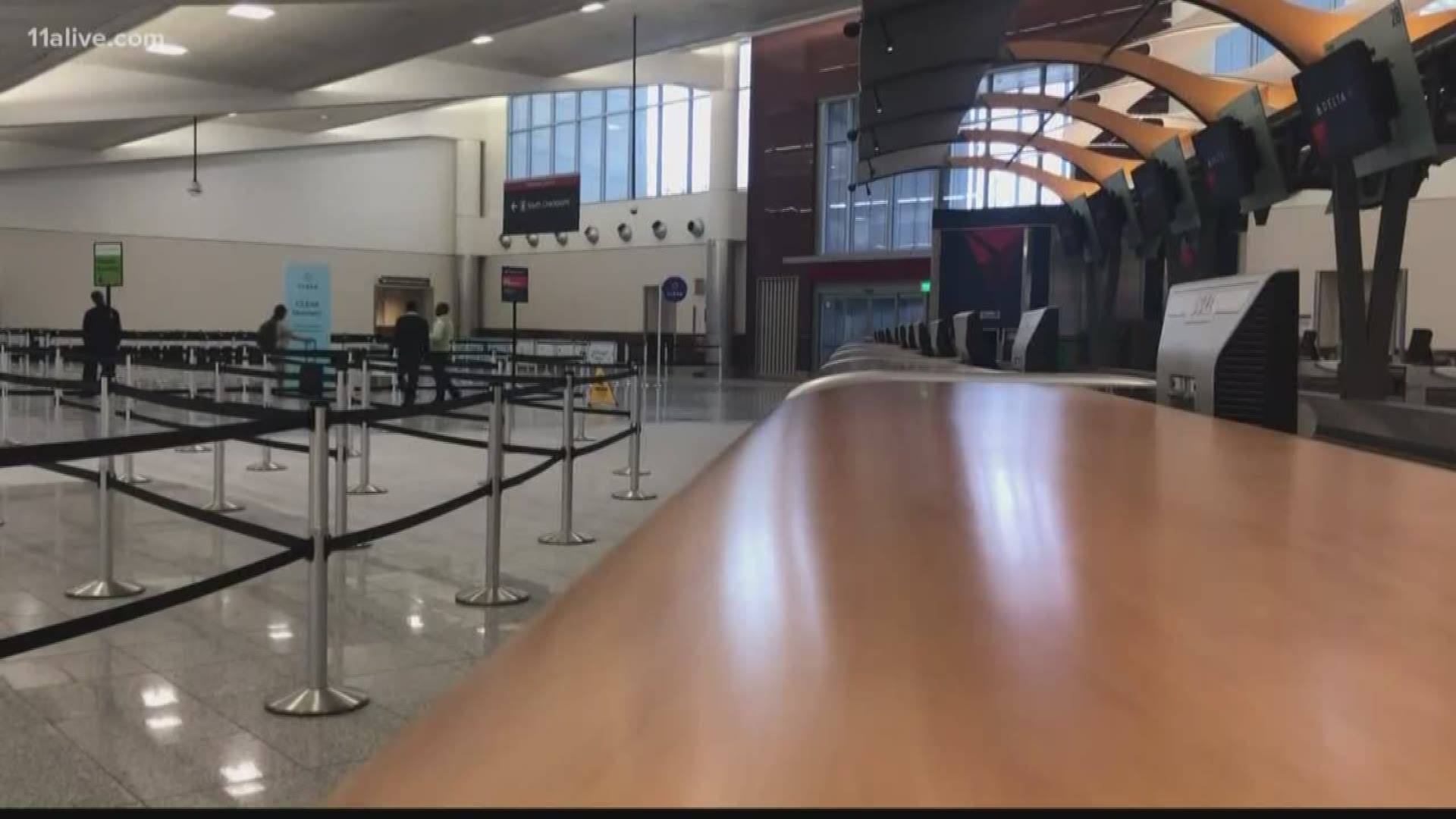 ATLANTA — Delta has announced new, dire steps it is taking in order to "protect the company" after the airline has been dealt a significant blow amid the spread of the new coronavirus.

"Delta TechOps announced on Friday that a very tough but necessary decision was made to reduce contractor positions as Delta manages the impact of the COVID-19 pandemic to its business," a spokesperson for Delta said.

11Alive confirmed that AgileOne, who provides contractor work support to Delta and other companies, is working to inform more than 800 contractors that their work assignments will end at Delta.  The spokesperson for the airline said the workers would have the opportunity to be placed within the AgileOne network.

In a letter, the CEO of the Atlanta-based airline said the company is seeing cancellations of public events, businesses suspending travel and heightened travel restrictions.

"Demand for travel is declining at an accelerated pace daily, driving an unprecedented revenue impact," said CEO Ed Bastian. "The speed of the demand fall-off is unlike anything we’ve seen – and we’ve seen a lot in our business. We are moving quickly to preserve cash and protect our company. And with revenues dropping, we must be focused on taking costs out of our business."

Bastian explained that Delta is currently seeing more cancellations than new bookings over the next month. As a result, he explained that the company has been forced to take "difficult but determined actions" to protect the company.

RELATED: How does Delta clean and sanitize its aircraft between flights?

The airline will reduce overall capacity in the next few months by 40 percent - the largest capacity reduction in Delta’s history since 2001, the same year as the 9/11 terrorist attacks.

The company said it would also be eliminating flights to continental Europe, except London, parking up to 300 aircraft, deferring new aircraft deliveries, reducing spending by at least $2 billion for the year, implementing a hiring freeze, offering voluntary short-term, unpaid leave and substantially reducing the use of consultants and contractors.

Bastian has also added that he has opted to forgo 100 percent of his salary for the next six months.

"We’ll be making more critical decisions on our response in days to come," Bastian continued, adding that the situation is likely to get worse.

RELATED: Delta CEO to give up own salary amid massive cuts to airline due to coronavirus

However, he tempered his statement saying Delta "remains better-positioned to weather a storm of this magnitude than ever before in our history."

"We’ve spent a decade building a strong, resilient airline powered by the best professionals in the business," he said. "We will get through this, and taking strong, decisive action now will ensure that we are properly positioned to recover our business when customers start to travel again."