As Kira's school opens back up, she is still suffering through physical and mental impacts of the virus. 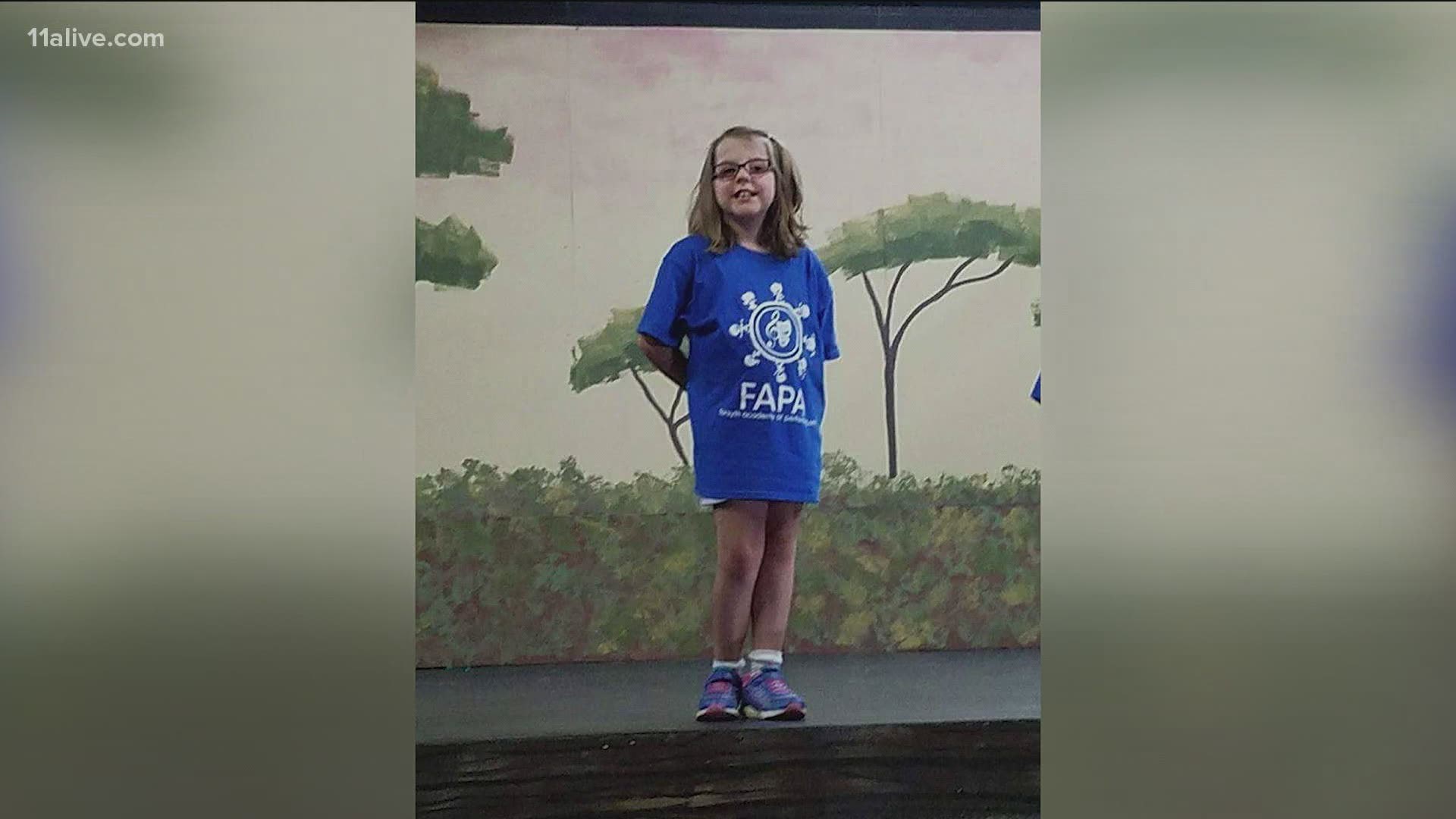 It’s a tough decision for parents worried about COVID. But Jeannine Johnson isn’t sure her daughter will even be able to attend virtually. That’s because five months after becoming infected with the virus, Kira is still fighting the lingering effects of COVID.

Johnson says her daughter tried to attend virtually in the morning, but her extreme fatigue made completing activities difficult.

“She can barely do 30 minutes of activity without being completely wiped out," said Johnson.

The 9-year old has a mitochondrial disorder. Her body doesn't convert fat to energy. But that’s never stopped Kira from going to school, therapy, girl scouts, even musical theater. It took COVID to change all that.

RELATED: Woodstock High School to close until Aug. 31, with more than a dozen confirmed COVID-19 cases

“It's really heartbreaking watching what she's gone through and the fact that, I mean, truly, nobody knows what to do for her or how to help us," said Johnson.

It started with an unusual afternoon nap, then a fever and wheezing. But this was March, when COVID tests were only for people with severe symptoms. Over the next month, she went back to doctors three more times. At one point in April, she was treated for pneumonia, but doctors still insisted, whatever she had, it wasn’t COVID.

When Kira’s dad also got sick, the family paid a private lab $185 to run the test and rule the virus out for sure.

“I was very angry. To be pushed off so many times and to be dismissed pretty flippantly over a virus that nobody understands. How can you say that it's not this if you don't know what this looks like," questioned Johnson.

According to the Department of Public Health, 15,294 school-age children had tested positive in Georgia. A surge in cases is likely connected, in part, to increased access in testing for children. But summer camps, family vacations and simply play dates also played a role, as parents eased on social restrictions.

RELATED: VERIFY: Can kids transmit COVID-19 to other kids or adults?

While most children with the virus are able to recover at home, 195 received hospital care. That number also saw a spike in July, when 73 of the hospitalizations were reported. So far in August, 24 school-age children have been hospitalized.

“I think it's really important to constantly remind others that children are a part of this pandemic as well,” said Dr. Shane.

Several research projects are trying to determine why children are less likely to be seriously impacted. Dr. Shane says one thought is that children’s immune systems are already primed for battle. Essentially, they’re already fighting off other viral respiratory infections due to poor hygiene and constant contact with other kids, offering perhaps a layer of cross-protection.

“There's also been some discussion about something called an ACE-2 receptor, which is something that is found in the lungs and in the nasal passages. And children seem to have a decreased number of these receptors, thus making them perhaps less sensitive to the virus,” explained Dr. Shane.

Latino and Black children are at least five times more likely to be hospitalized. The most common underlying health conditions are obesity and chronic lung disease.

While most research and medical treatment has focused on COVID’s impact on the heart and cardiovascular system, Dr. Shane admits, it’s time we take a closer look at its impact neurologically.

Johnson is relieved that only about 1 percent of children who test positive for the virus end up at the hospital, and even more grateful most children don’t die, but she says that quality of life has to count as well.

That’s why Johnson is sharing Kira’s story. She wants parents to know children can be impacted. In the past five months, she says Kira has consistently had a low-grade fever and has little to no energy. She sleeps up to 14 hours-a-day but still doesn’t feel refreshed.

Kira has battled night terrors, stomach aches, headaches and a racing heartbeat. She’s experiencing problems with short-term memory and at a recent therapy appointment, had problems with simple math.

“She's going into fourth grade. She was tackling multiplication and now, she's having trouble counting,” said her mom, in frustration.

Johnson doesn’t know how much is attributed to COVID, more frustrating, neither do her doctors.

“The hardest part has been, you know, we've spent her whole life relying on doctors to help her,” but now Johnson says she feels like she’s managing this disease on her own.