Health officials: About 200 people in Georgia are 'self-monitoring' for coronavirus symptoms

The Department of Public Health says the people have recently returned from China, but have not shown any symptoms of the virus. 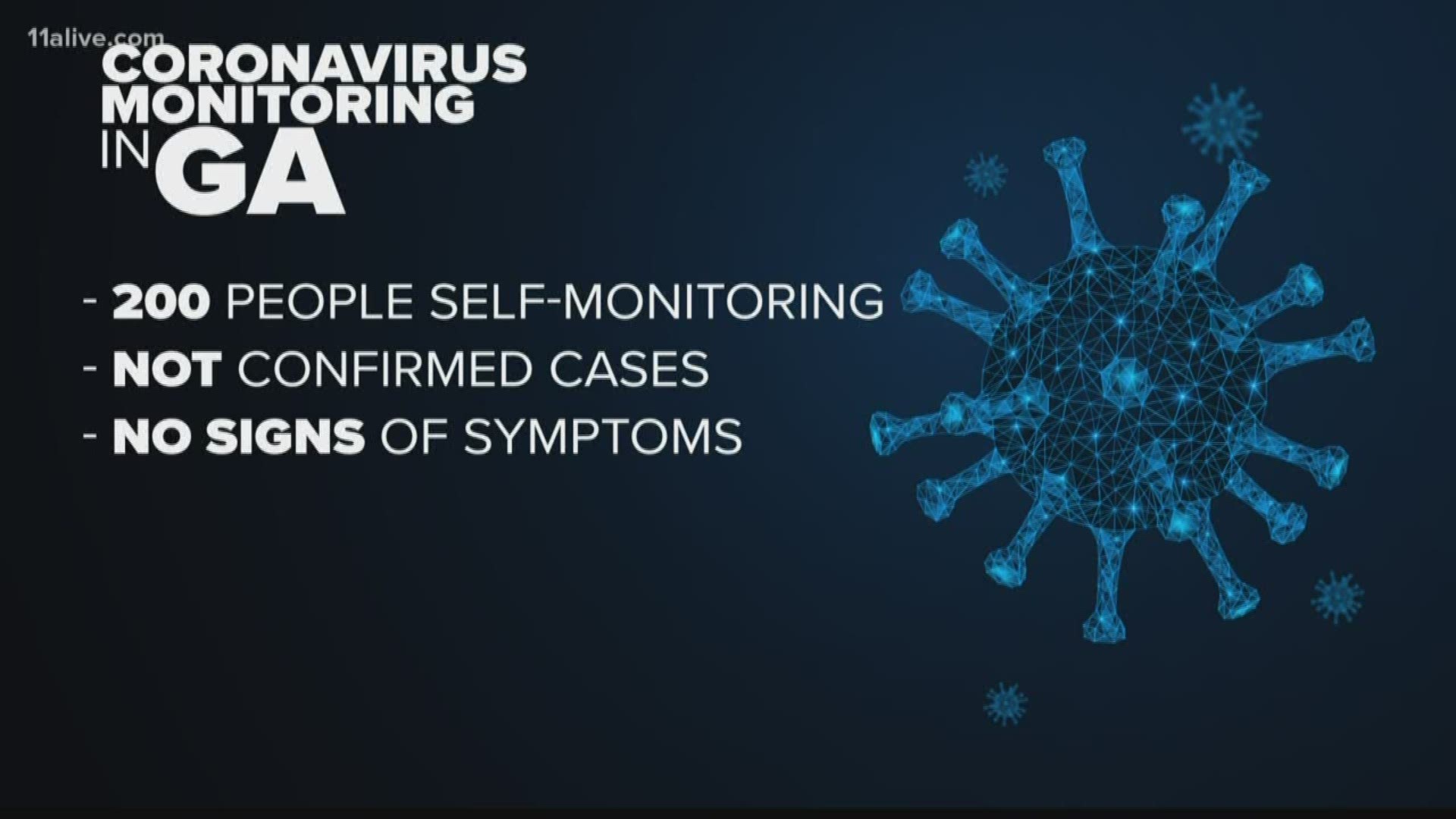 ATLANTA — The Georgia Department of Public Health said on Tuesday that about 200 people who have recently returned to the state from China are self-monitoring for symptoms for the Wuhan coronavirus (2019-nCoV).

According to the DPH, these are travelers who arrived in the United States from mainland China outside of Hubei Province, where the greatest concentration of those suffering from the virus are located and where the virus is believed to have originated.

The DPH also says these individuals have no known high-risk exposure. They are have not exhibited any symptoms thus far and are self-isolating at home.

The DPH says the receive a list daily from Customs and Border Protection with the names of Georgia travelers coming to the state from China.

Epidemiologists from the DPH are contacting those individuals by telephone to establish a plan for self-monitoring and to provide instructions on how to contact the DPH before they seek health care if they do develop fever, cough or any shortness of breath.

According to the DPH, there are no Georgia travelers who have returned from Wuhan or Hubei Province, China requiring quarantine as of this point.

To slow the spread of the Wuhan coronavirus (2019-nCoV) to the United States, on January 31, President Donald Trump issued a federal proclamation which included a travel ban for non-US citizens entering the country from China and funneling all flights from China to one of 11 airports in the United States -- including Hartsfield-Jackson Atlanta International Airport.

Additionally, the presidential proclamation requires a mandatory 14-day quarantine period for returning travelers who have been to Hubei Province, China. Those individuals are considered high risk. It also mandates 14-days of supervised self-monitoring for returning travelers from anywhere else in China. Those individuals are considered to be medium risk.

The Atlanta-based Centers for Disease Control and Prevention insists the overall risk of spread of the coronavirus to the general public is low, but, they say the best way to prevent the spread of infection is:

Influenza remains an active and widespread issue in Georgia this season. Healthcare officials say the best prevention against the flu is by getting a flu shot. They say it is still not too late to get one for this season.

The World Health Organization says that as of Tuesday morning, there are more than 43,000 confirmed cases of the virus in 25 countries, with more than 42,700 of those cases in China. More than 1,000 deaths have been reported in China from the outbreak.

Woman mocked for wearing face mask amid fears of coronavirus. She has cancer.