Tournament officials made the decision after the NCAA announced the changes to the Men's and Women's Basketball Tournament on Wednesday. 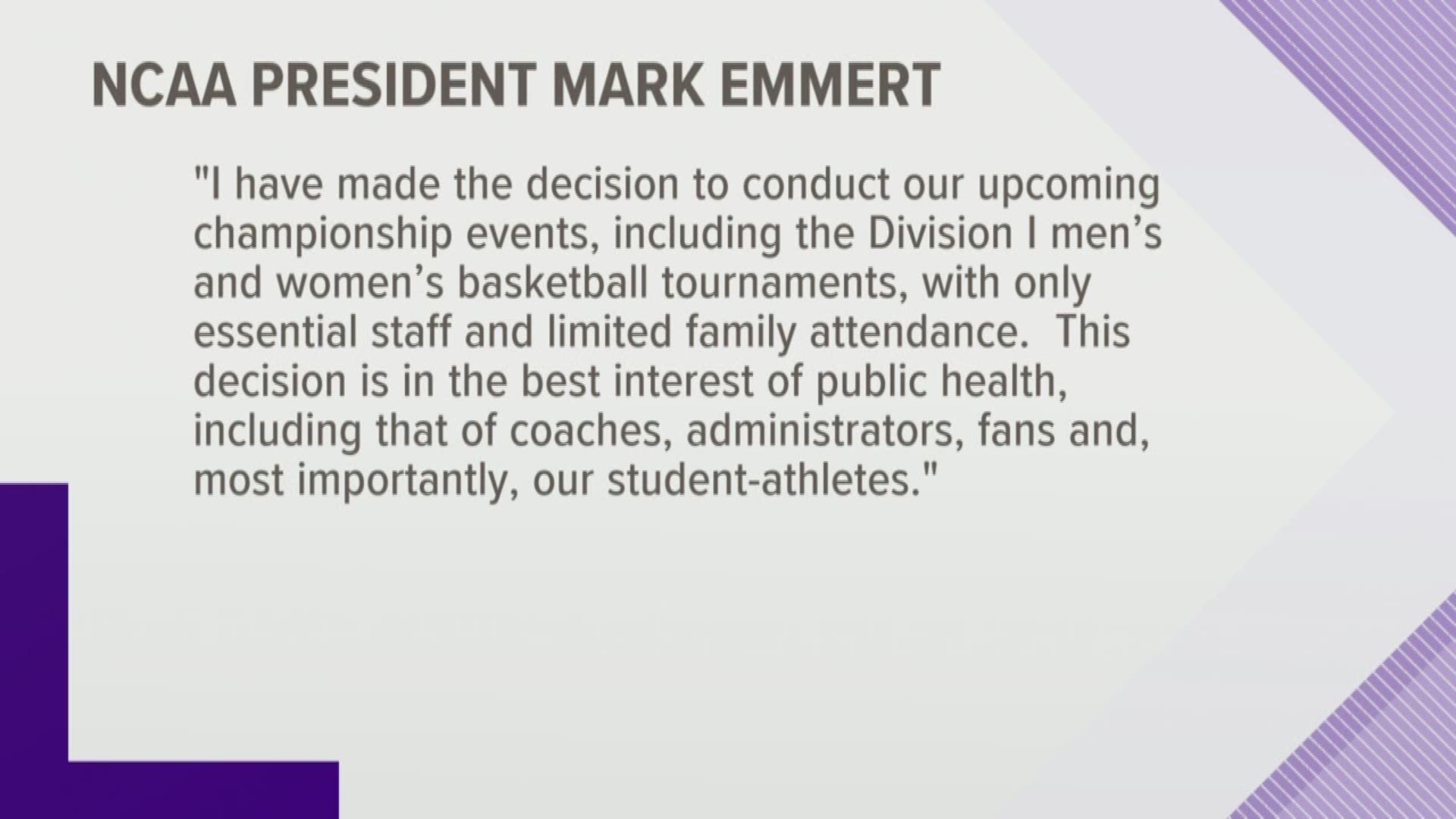 GREENSBORO, N.C. — Fans will only get to watch the remainder of the ACC Basketball Tournament on television following a decision by conference leaders on Wednesday.

The conference made the decision after the NCAA's announcement that the March Madness would be held without fans in attendance.

The ACC released a formal statement Wednesday evening that said they will "alter the remainder of the ACC Tournament."

"In light of the rapidly changing landscape regarding COVID-19, the latest developments nationally from health authorities and today’s announcement by the NCAA COVID-19 Advisory Panel, the ACC will alter the remainder of the ACC Tournament," the statement said, in part.

The ACC tournament began on Tuesday at the Greensboro Coliseum in Greensboro, North Carolina.

RELATED: Final Four in Atlanta to be held without fans amid coronavirus concerns, NCAA president says

"After consulting with the league's presidents and athletic directors, the conference determined that beginning Thursday, March 12, all games will be played with only essential tournament personnel, limited school administrators and student-athlete guests, broadcast television and credentialed media members present," the statement continued.

The winner of the ACC Tournament receives an automatic bid to the NCAA Men's Basketball Tournament. The NCAA's Final Four will be played at Atlanta's Mercedes-Benz Stadium on April 4 and 6.