After 17 days in the ICU, grandfather with COVID-19 making small progress

Derrick Bryson was exposed to the coronavirus during a church service in Bartow County March 1. After being on life support for nearly 3 weeks, he is improving 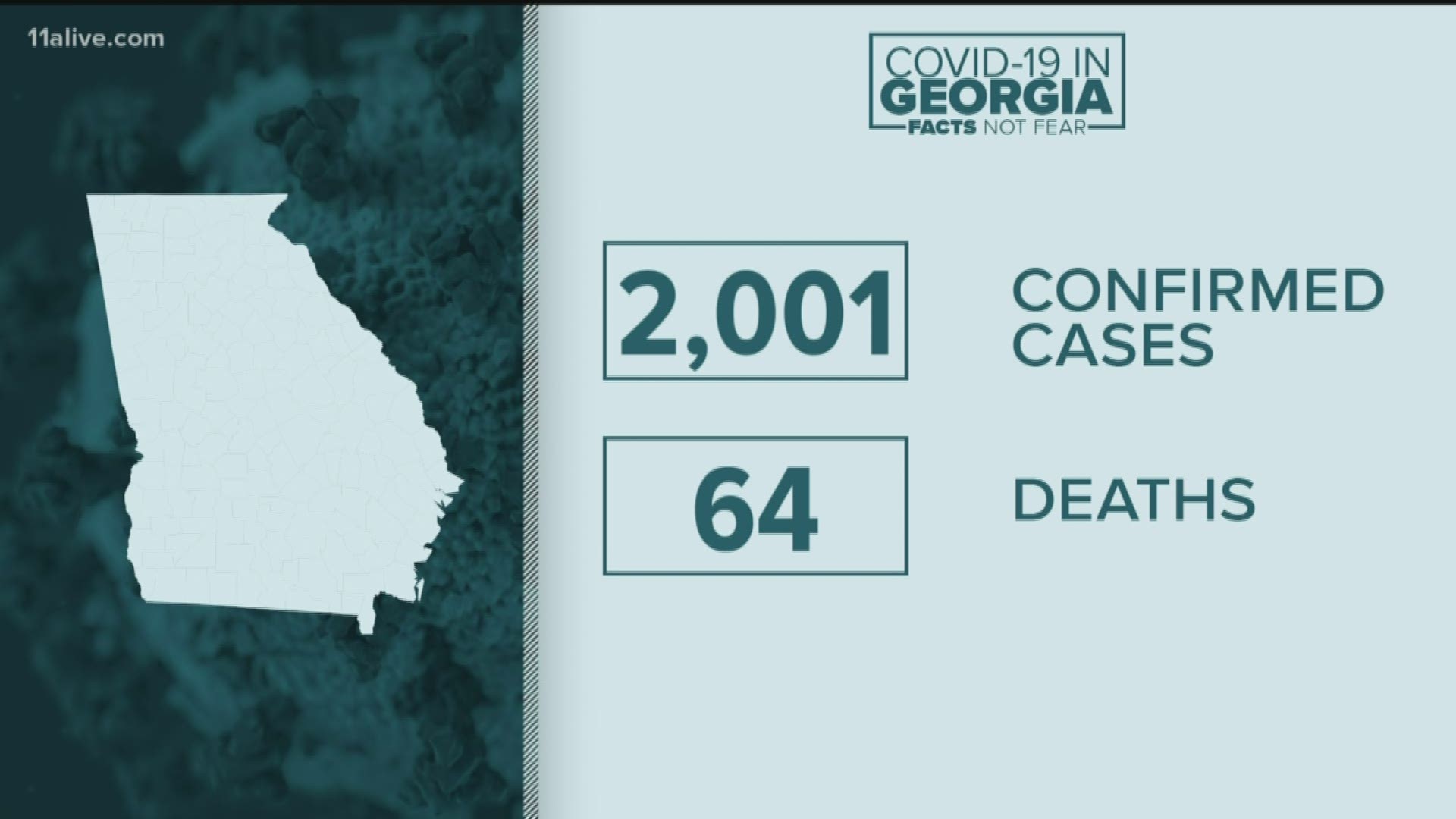 FLOYD COUNTY, Ga. — Family of a Bartow County grandfather diagnosed with COVID-19 is sharing encouraging news. He was among some of the patients hit hard with the virus after they were exposed at a church service, who are starting to recover.

11Alive's Kaitlyn Ross talked to the family of Derrick Bryson, who has been in ICU for 17 days. Days later, he is finally making some progress.

"He's my dad, he can do anything," explained Brandon Bryson. "He has always been Superman. He's my best friend.

Brandon said he has struggled watching his dad fight for his life. Derrick, 57, has always been the foundation of their family.

"Even growing up, I would get up for school, and he would be gone at work, and he would leave a note in my lunchbox, 'I love you buddy, have a great day, DAD'," Brandon told 11Alive. "And that's just who he is. He's a big strong guy, but a teddy bear."

"It's really tough, because the first person I would call right now would be him," Brandon added. "I know it's been tough on my mom and my little brother."

Derrick, according to family, was one of the first people diagnosed in Bartow County on March 9, after he was exposed to the virus during a service at the Church at Liberty Square March 1.

As of Friday, Bartow County has 98 confirmed cases of coronavirus, and neighboring Floyd County, where many of the parishioners at the church came from, has 20.

The church reported on Facebook that more than a dozen of the people who attended that service contracted COVID-19. They posted an elderly woman died from it.

"I know people in their 30s who are in ICU, who were strong and healthy," Brandon said. "This virus doesn't discriminate and we are learning that more every day. It's affected people young and old, and it's spreading like wildfire."

RELATED: Family figuring out home quarantine: He has coronavirus, she doesn't

As the numbers of confirmed cases in Georgia rise every day, Dr. Kathleen Toomey with the Georgia Department of Public Health said it seems the spread is slowing in Floyd County, which is where some of those church members are from.

"We’ve seen cases seem to be leveling, but it takes a minute," she said during a Thursday night virtual town hall for Georgia. "Remember, the virus … has a two-week incubation. So, you’re not going to see immediate action. The idea isn’t it will prevent every case, but it will slow the spread.

Brandon said his dad is still on the ventilator, but doctors said he's showing small signs of improvement as they take him out of sedation, like blinking his eyes or squeezing their hands.

"Everybody seems so divided and that the country is falling apart, it's times like these that really bind us together and make us stronger, and I believe we are going to come out on top of this," Brandon said.

"I know, I know he will fight like everything to get out to be with my mother, me and my brother, and his granddaughters who adore him," Brandon said. "He will be ready to get out and do fishing and watch the Dawgs in the fall."

The family set up a GoFundMe to help with his recovery.