"Effective immediately, the Department of Business and Professional Regulation is suspending on premises consumption of alcohol at bars statewide." 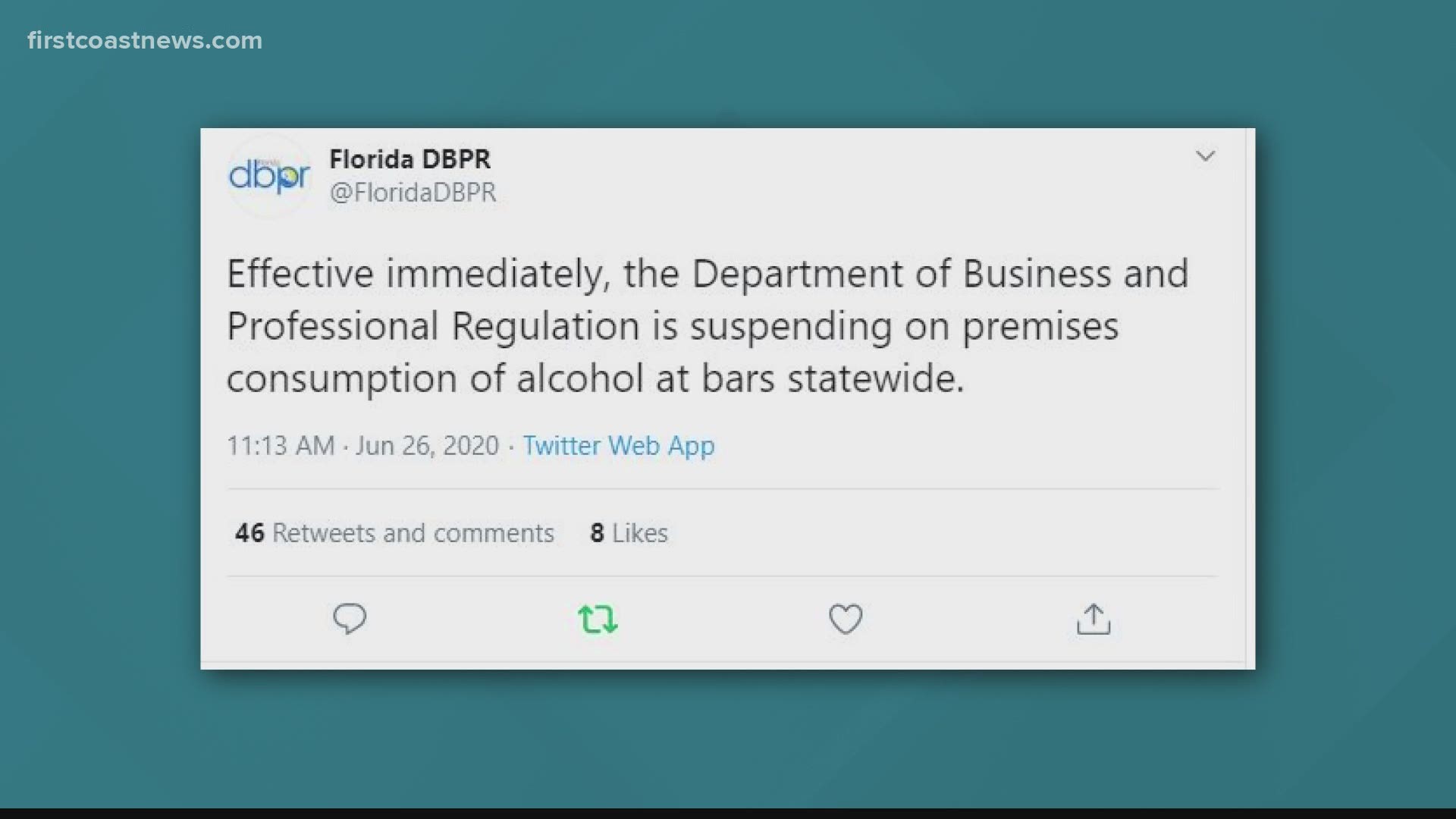 TALLAHASSEE, Fla — Less than an hour after the Florida Department of Health reported the highest single-day spike in new COVID-19 cases to date, the state announced it's immediately suspending drinking alcohol at bars.

Secretary Halsey Beshears, of the Department of Business and Professional Regulation, made the announcement along with his department on Twitter: "Effective immediately, the Department...is suspending on premises consumption of alcohol at bars statewide."

Beshears' tweet was sent as the mayors of Jacksonville, Neptune and Atlantic beaches were announcing that alcohol sales would be suspended at midnight Friday due to a surge in COVID-19 cases.

Friday's report from the state saw another 8,942 new cases of coronavirus, the highest single-day jump in new cases in Florida since tracking began in March.

Friday was the first time new cases topped 8,000 and was the third day in a row new case reports were more than 5,000.