The governor said there would be 33 mandatory requirements for amusement park operators to follow. 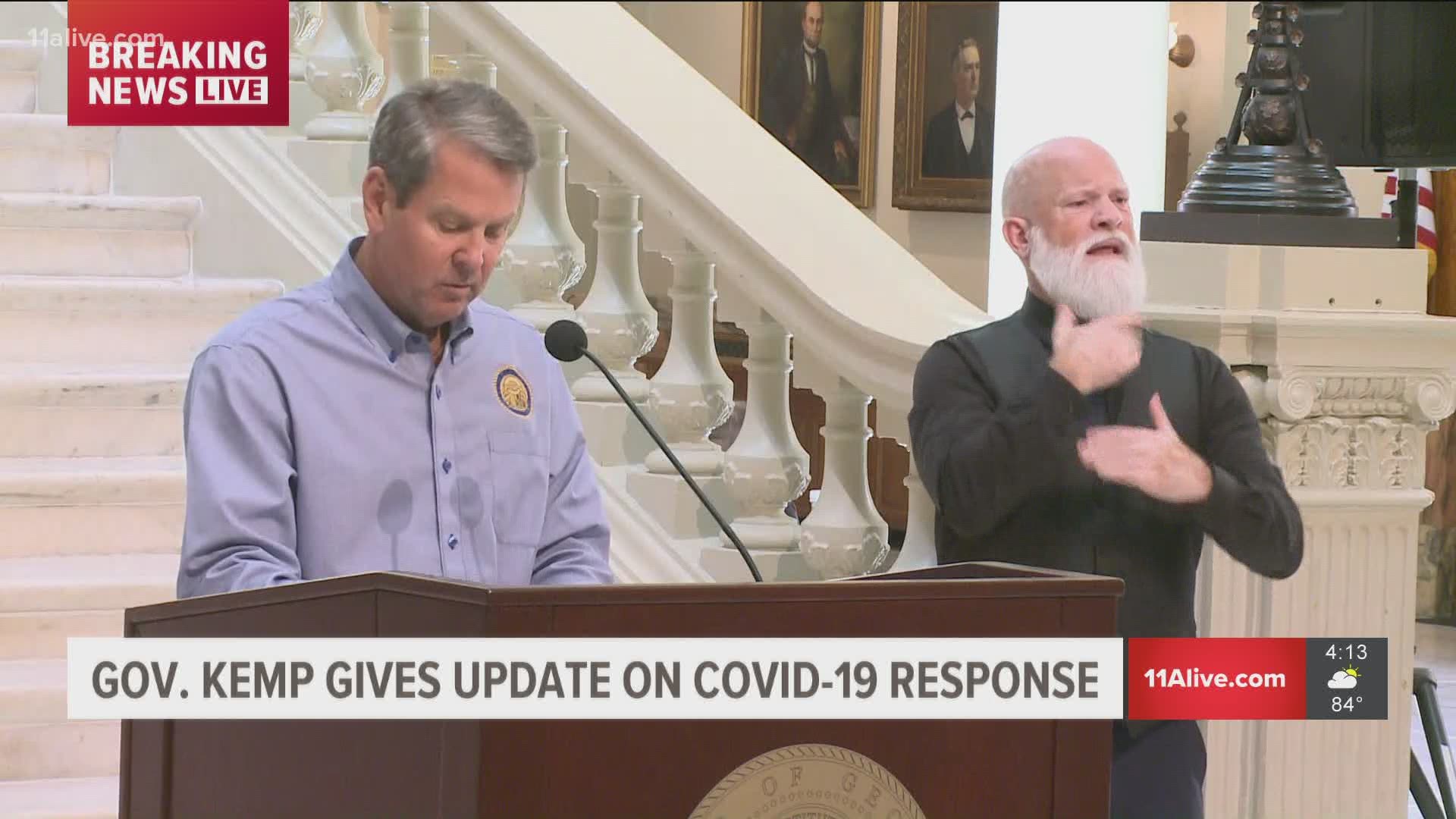 Gov. Brian Kemp announced he was easing restrictions on those venues and several others on Thursday. Amusement parks were among the last set of businesses to remain strictly closed in Georgia on the governor's orders.

Those closures had been extended twice, first at the end of April when the governor lifted his original shelter-in-place and again in mid-May. Kemp also announced Thursday that bars and nightclubs would be allowed to reopen beginning next Monday, June 1.

The governor said there would be 33 mandatory requirements for amusement park operators to follow, following on detailed sets of operating guidelines for other high-traffic businesses.

RELATED: Reservations, masks and more: This is how Six Flags Over Georgia is planning to reopen

The specific guidelines for amusement parks have not yet been posted to the governor's website.

Earlier this week, Six Flags Over Georgia announced their own safety practices they would use upon reopening.

A Six Flags release said the plan "meets or exceeds federal, state and local guidelines" and "sets standards for executing at the highest levels of hygiene and social distancing protocols."

For guests, some of the most immediately noticeable features of the plan will include needing online reservations in order to limit attendance, temperature checks at the gates, and requirements that they wear a mask.

Additionally, lines for rides will be spaced out, the park said, and "guests will be separated by empty rows and/or seats on all roller coasters, rides, and attractions."

Other protocols will apply to dining in the park, sanitation and disinfecting processes, and employee training.