A couple in their 60s took chloroquine phosphate after hearing about it on TV and became violently ill within 20 minutes. The man died at the hospital. 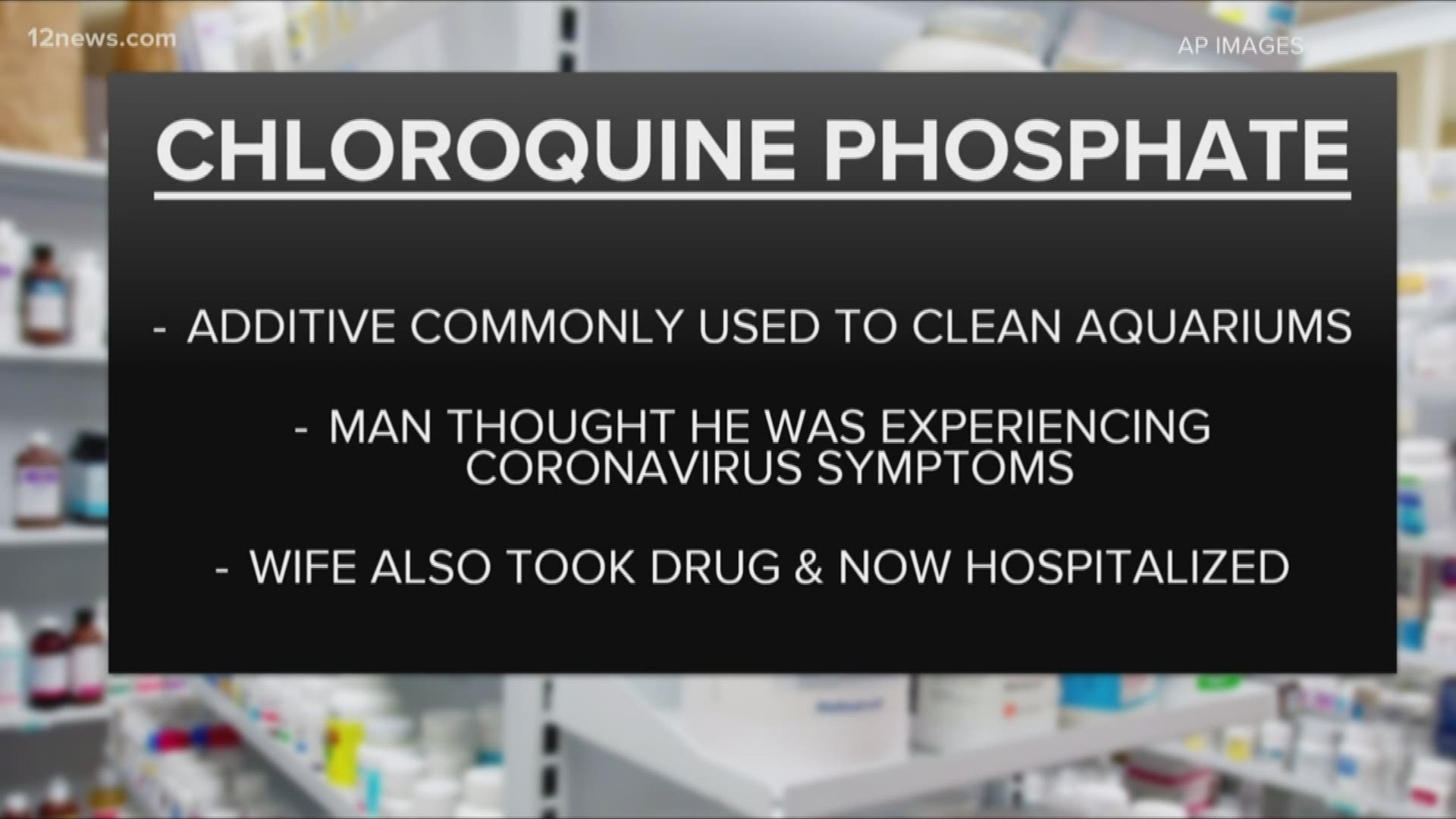 PHOENIX — Health experts at Banner Health issued a warning Monday after an Arizona man died and a woman was critically ill after ingesting a chemical.

A short time later, the FDA issued a statement contradicting that claim saying the medication was not approved for use against the coronavirus. The FDA said studies are underway to test its effectiveness against COVID-19.

“You know, they kept saying that it was approved for other things and, you know, Trump kept saying it was basically pretty much a cure," the woman said in an interview with Vaughn Hillyard for NBC News.

The woman said the couple had chloroquine phosphate for the fish tank she used to have for her koi fish.

The woman said the couple, both in their 60s, decided to take the chloroquine phosphate as a preventative measure because they feared contracting the coronavirus.

Within 20 minutes of taking it, they both became severely ill and called 911, the woman said.

"Dizzy. Hot. I started vomiting. My husband started developing respiratory problems and wanted to hold my hand. And I was holding his hand. And we didn't know–" the woman said.

Her husband passed away not long after arriving at the hospital.

"This is the most horrible day of my life. And it feels like – like my heart is broken and it’ll never mend. It’s just broke – dead, like my husband," the woman told Hillyard. 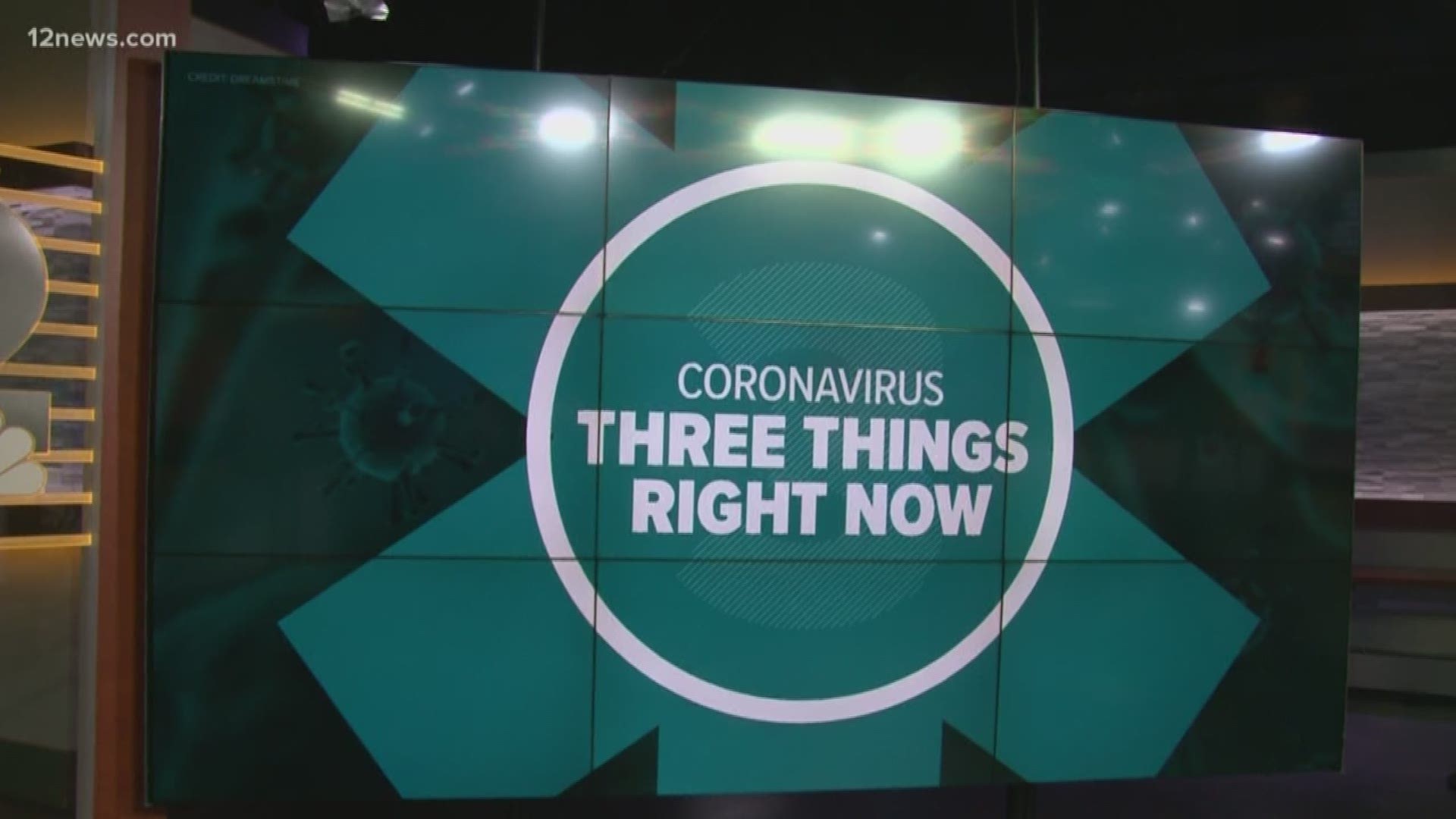 RELATED: DIGITAL DIVIDE: Students with no access to WiFi struggle amidst school closures

Emergency room doctors and toxicologists at Banner Health said people should not turn to self-medicating with inappropriate substances and household products in an effort to prevent or treat COVID-19.

“Given the uncertainty around COVID-19, we understand that people are trying to find new ways to prevent or treat this virus, but self-medicating is not the way to do so,” said Dr. Daniel Brooks, Banner Poison and Drug Information Center medical director in a news release. “The last thing that we want right now is to inundate our emergency departments with patients who believe they found a vague and risky solution that could potentially jeopardize their health.”

Doctors said the majority of people with COVID-19 will not require hospitalization. Most will require treatment of symptoms and self-isolation to prevent spreading the virus. Dr. Brooks said it is not recommended for non-hospitalized patients. 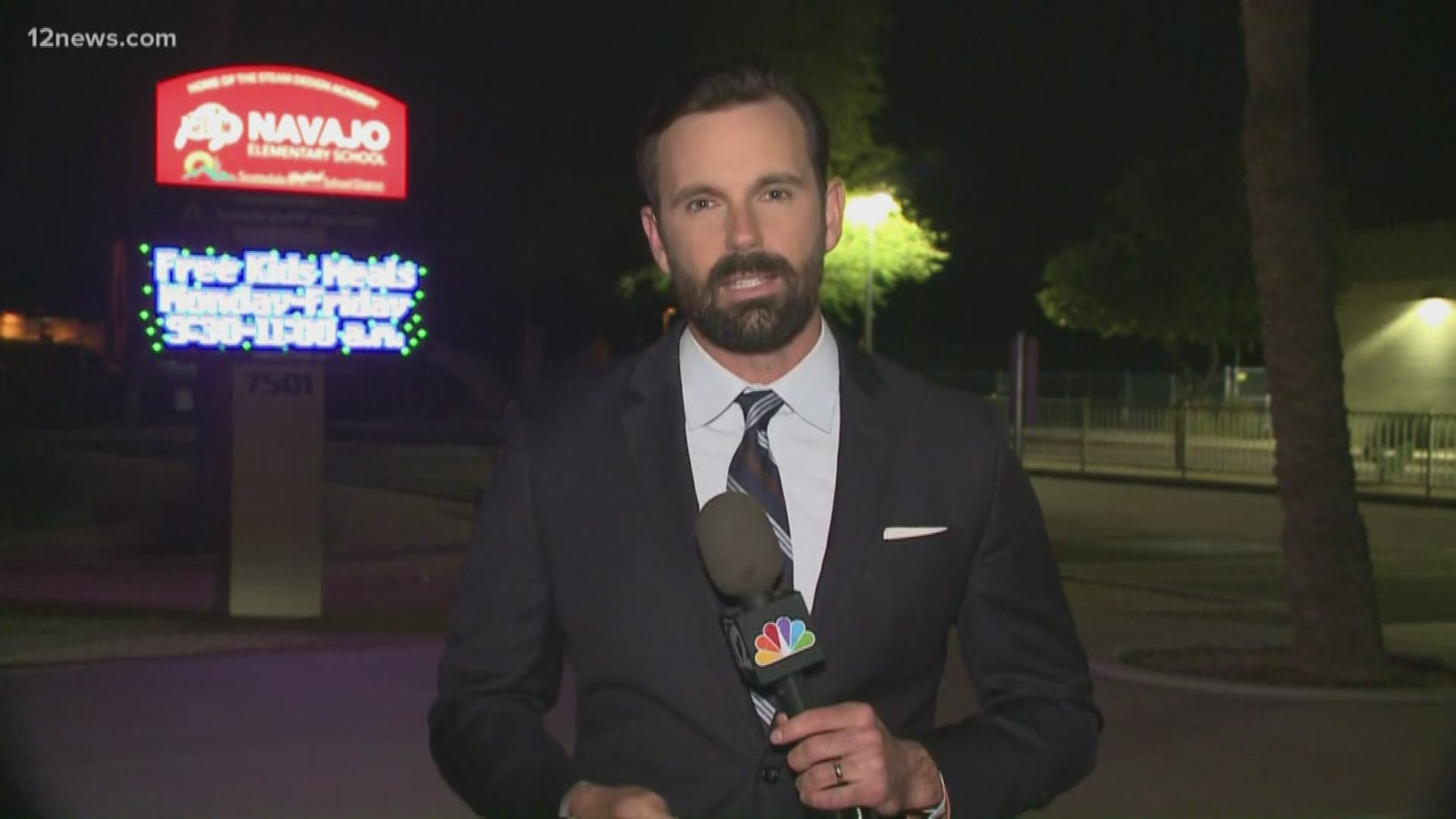