As COVID-19 vaccines near, Georgia is finalizing a distribution plan

A spokeswoman for the state Dept. of Public Health said the plan recently received CDC approval, but with details of a vaccine unknown it is still considered a draft 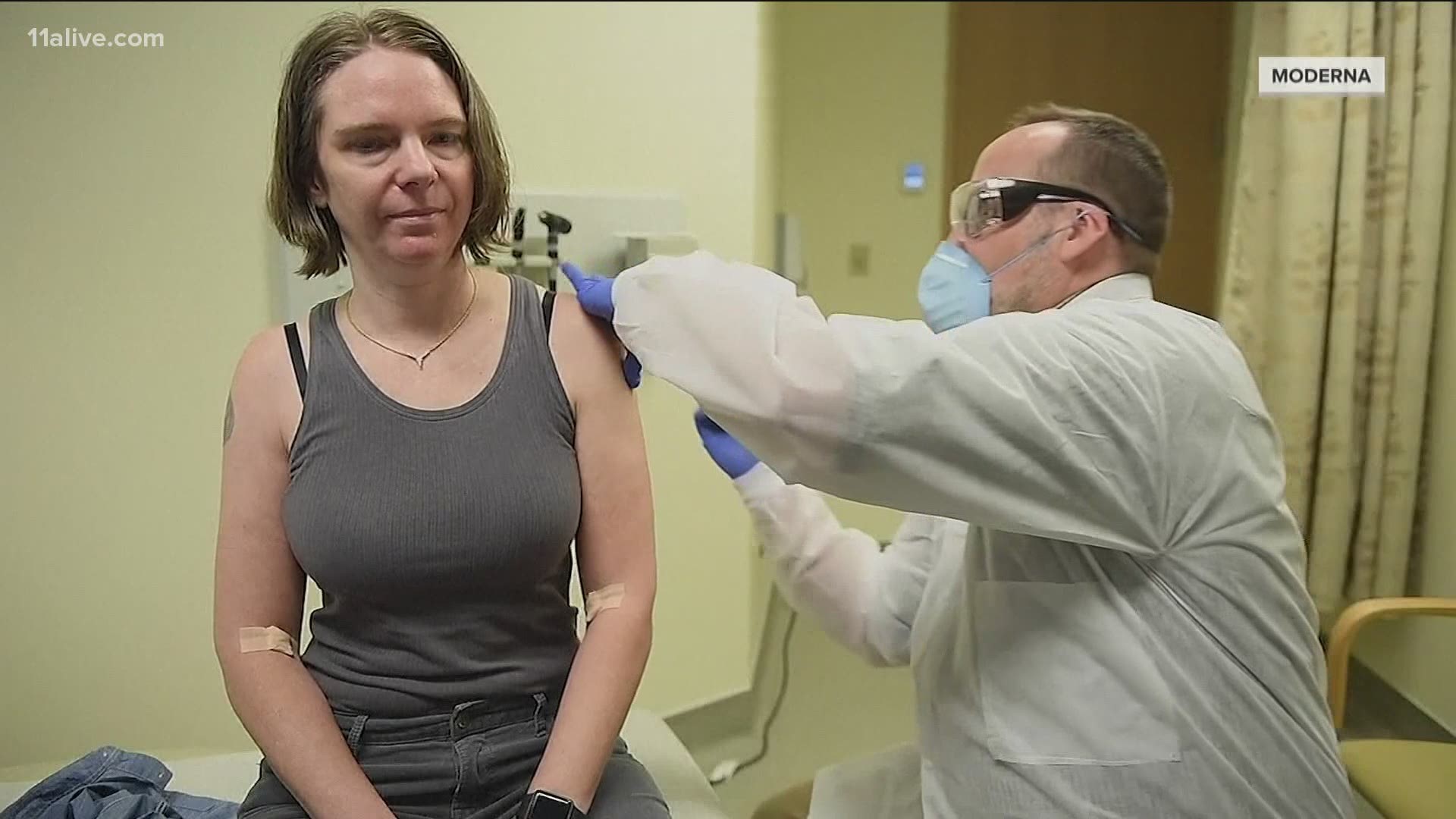 ATLANTA — Georgia is working on a plan for distributing a COVID-19 vaccine if one is approved by the FDA.

The 52-page plan details steps for storing, transporting, and eventually distributing it across Georgia.

A Georgia Department of Public Health spokeswoman tells 11Alive the plan has received approval from the CDC, but "there are still many unknowns about the vaccine itself, so it is still considered draft by DPH."

The plan calls for shipments of a COVID-19 vaccine to be split across the state's existing 18 health districts, based on population, level of disease, and the number of people with vaccine priority.

In the plan, there are also mentionings of public outreach and education.

On Wednesday and not in response to the state's plan Dr. Mehrdod Ehteshami, an Atlanta area ER doctor, wrote a post on his Facebook page that started with "A vaccine that is 100% effective, but is not taken, is actually 0% effective."

Ehteshami's post highlights the need for a public outreach plan for vaccine distribution to be effective.

"It is important for our leaders to come out and develop plans for public outreach," he told 11Alive.

As a doctor, Ehteshami said he has heard from people that are simply against the vaccine and have said "nobody can force me to take a vaccine," which is one hurdle to overcome.

He has also heard various pieces of misinformation or conclusions about the vaccines being developed.

"These are all valid points if you will because it is their thoughts. My role as a physician and our role as a medical community ought to be how are we going to educate people to understand that these are all untrue," Ehteshami said.

In the end, he said effective outreach and making sure enough people are vaccinated is the only way a vaccine will be effective.

"They want to talk about herd immunity and all these other public health nuance kind of things and that isn't going to happen," Ehteshami stated. "The only way we are going to reach herd immunity if you will is via a vaccine."

While some people may be concerned about the quick speed at which potential vaccines have been developed, Ehteshami said he isn't actually surprised because several vaccine candidates have been built around a potent molecule called mRNA, or messenger RNA.

"It is great because they can actually replicate it and they can make mass amounts of the mRNA vaccine in a short period of time," according to Ehteshami. "You combine that with the advances in technology that we have had over the past decade it isn't surprising to me we were able to develop this vaccine so fast."

He added the since the vaccine is being made during the middle of a pandemic there has been plenty of research volunteers to help with studying the disease and developing a response, which added to the speed of creating vaccines.

The plan states the vaccine will be free, but private providers can charge an administration fee of $21.93 per dose. The fee must be waived if a person cannot afford it.

The state also mentions learning lessons from the H1N1 vaccine distribution and now relying on a so-called push instead of a pull method for large scale vaccinations.

While in the past a vaccine for mass distribution may have been available more often in clinical settings, the priority for a COVID-19 vaccine in Georgia will be to have mass vaccination clinics in popular, high-traffic areas. The description is similar to large COVID-19 testing sites the state set-up during the pandemic.