On March 2 Gov. Brian Kemp announced the first confirmed COVID-19 cases in Georgia, but state data has since been updated to list cases and even deaths weeks earlier 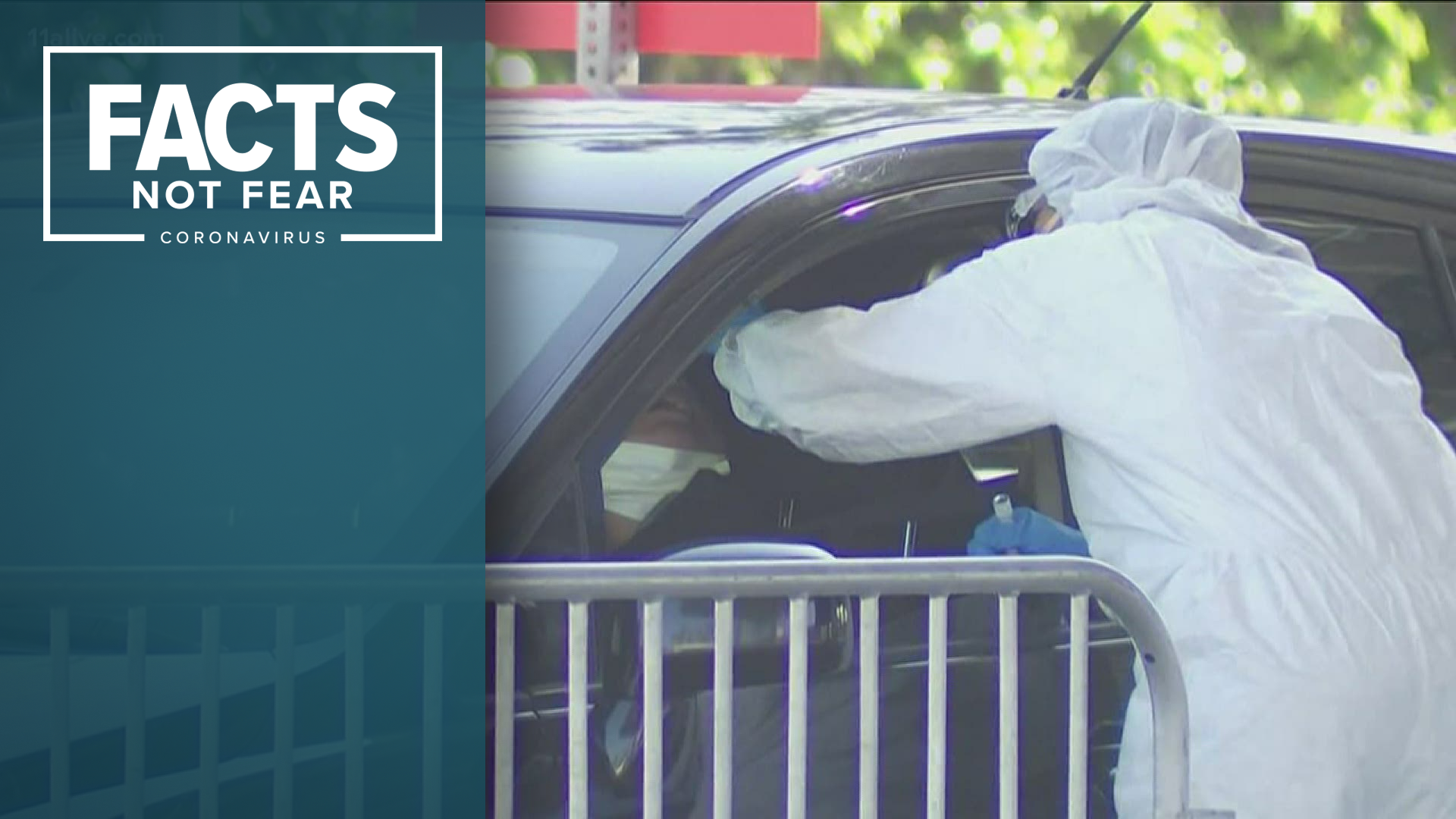 ATLANTA — In a late-night press conference on March 2, Gov. Brian Kemp announced the first known COVID-19 cases at the time in Georgia.

Then in late March, as new COVID-19 cases in Georgia rapidly increased, Gov. Brian Kemp made an attention-grabbing comment about when the virus may have first come to Georgia.

"There are some and I'm one of them that believe this virus has been here since potentially December or early January," Kemp said during an interview with 11Alive on March 25.

As the Georgia Dept. of Public Health continues to expand the amount of data it releases multiple times a day and overhauls how the data is presented, the health department is now confirming the governor's belief of COVID-19 being in Georgia before he made that announcement.

Dozens of previously unreported cases are now listed online from January through February.

RELATED: COVID-19 simulator sees a second wave of cases in Georgia based on easing restrictions

One graph displayed on the GADPH's online COVID-19 report shows a total of 140 confirmed cases between February 06 and March 1.

A GADPH spokeswoman told 11Alive on Tuesday the data presented in the report indicates onset of symptoms and it is possible for example that someone had symptoms beginning Feb. 6 but was not tested for two weeks into those symptoms.

In some cases someone who was sick for several weeks and died may have been tested postmortem. The state agency is using contact tracing and other methods to confirm the earlier deaths.

The newly confirmed cases didn't surprise Dr. Colin Smith, a social epidemiologist with Georgia State University's School of Public Health. Prior to joining the faculty at GSU, Smith worked as a data policy analyst with the state Department of Public Health.

"Early in an epidemic, you're going to see a number of causes of deaths or cases be missed," Smith said "They will be misdiagnosed as other things. As we move through the process, what you will have is folks going back and looking at previous deaths or looking at previously diagnosed things and saying, 'Hey do we have enough to do an autopsy here?' or 'Did we misclassify this?'"

The data of cases pre-dating March are included in an ever-evolving report from the state called COVID-19 Daily Status Report. Recently the state has been updating the report at least twice daily, using the latest data received from GADPH's 18 health districts around the state.

There are also now updates on the total amount of cases leading to ICU admissions and hospitalizations.

GADPH is also now presenting data on the number of people being infected on the front lines, listing confirmed cases amongst 2,365 healthcare workers.

For the first time, there is also information on the top underlying conditions amongst COVID-19 patients, with cardiovascular disease, diabetes, and chronic lung disease appearing toward the top of the list.

"The state has done a good job of getting data together, updating the presentation when it is warranted to present a more comprehensive picture," said Dr. Robert Bednarczyk, an assistant professor of global health and epidemiology with Emory University.

"It gives us as epidemiologists a good opportunity to see what the current state of the pandemic is looking like in Georgia, how things are progressing in terms of diagnosed cases," he said.

Over the past week, much of the focus nationally and in Georgia has been on the number of confirmed cases per day, over the past 14 days, after the White House released guidelines for states deciding to reopen and top health officials said there should be a sustained decline in cases over 14 days before moving forward.

While GADPH publishes a graph online now showing the number of cases per day over the past 14 days, Bednarczyk said that data should be viewed with other key factors alongside it to determine the current state of the virus.

"How many people are being tested, how many positive tests are there, what does the hospitalization levels look like so that we can try to put all of that together to try to get a really comprehensive picture of are we just treading water, is it getting worse or are we just starting to turn the corner a little bit.," he said.

As COVID-19 testing, for example, continues to be expanded the number of confirmed cases could increase. Or policy changes allowing businesses to reopen could lead to new increases in cases.

"If we see the numbers starting to decline over the next few weeks that doesn't mean they can't come back up again," Bednarczyk said.

The state's most recent data from the past 14 days also comes with an asterisk he said is important, noting the data may be updated later due to lags in the initial reporting of cases to the state health department - meaning what currently appears to be a dip in cases could later be erased.

While Bednarczyk said overall the state is being very transparent, he added, "It is important that as we go through that we do keep a critical eye on the data that we do have available and what other data we may be able to get to refine our understanding of this pandemic."

One place where he would push for more data is on the demographics of confirmed cases, including the race of patients.

Currently, the race listed with the most confirmed cases is African American, followed by white. But the next two categories making up 31 percent of cases are listed as "Missing" and "Unknown."

"Even with that we are seeing a preponderance of disease among the African American community and that I think does look at some of the underlying health disparities and access to healthcare," Bednarczyk said.

"I would wonder if much of that missing data that we have may have been during early recording, during the early part of the epidemic and whether the data is better now," Dr. Colin Smith added.

Smith said as the pandemic has continued, the collecting of data has expanded to fill more categories. Similar to Bednarczyk, he would push for more data on demographics, but especially with added context.

"They're presenting the data by race or by sex. I would really like to see it by race and sex combined and also potentially by age group to get a better idea of how the disease is impacting specific segments of the population," Dr. Smith said.

The GSU professor said the additional data could possibly assist healthcare workers in responding to the pandemic.

"If we had that data, yes it would show us not only how to be able to target our interventions better, but also where to go to see how the disease might be affecting populations differently," he said.

But while he would push for more data, Smith applauded the amount of information already being collected and released to the public, by what he called often overworked and underpaid state workers.

"There are 159 counties in Georgia that are aggregated into 18 health districts. Some of those health districts may have as many as 18 or 20 individual counties," Dr. Smith said. "The data that they're getting and reporting through the Notifiable Disease System really is just going to include initially the patient's name, their date of birth, and the contact doctor. All the other information that you see is the result of those workers on the ground doing the appropriate phone calls and contact tracing to find who these individuals are, what county they live in, and the other information that needs to be filled in."