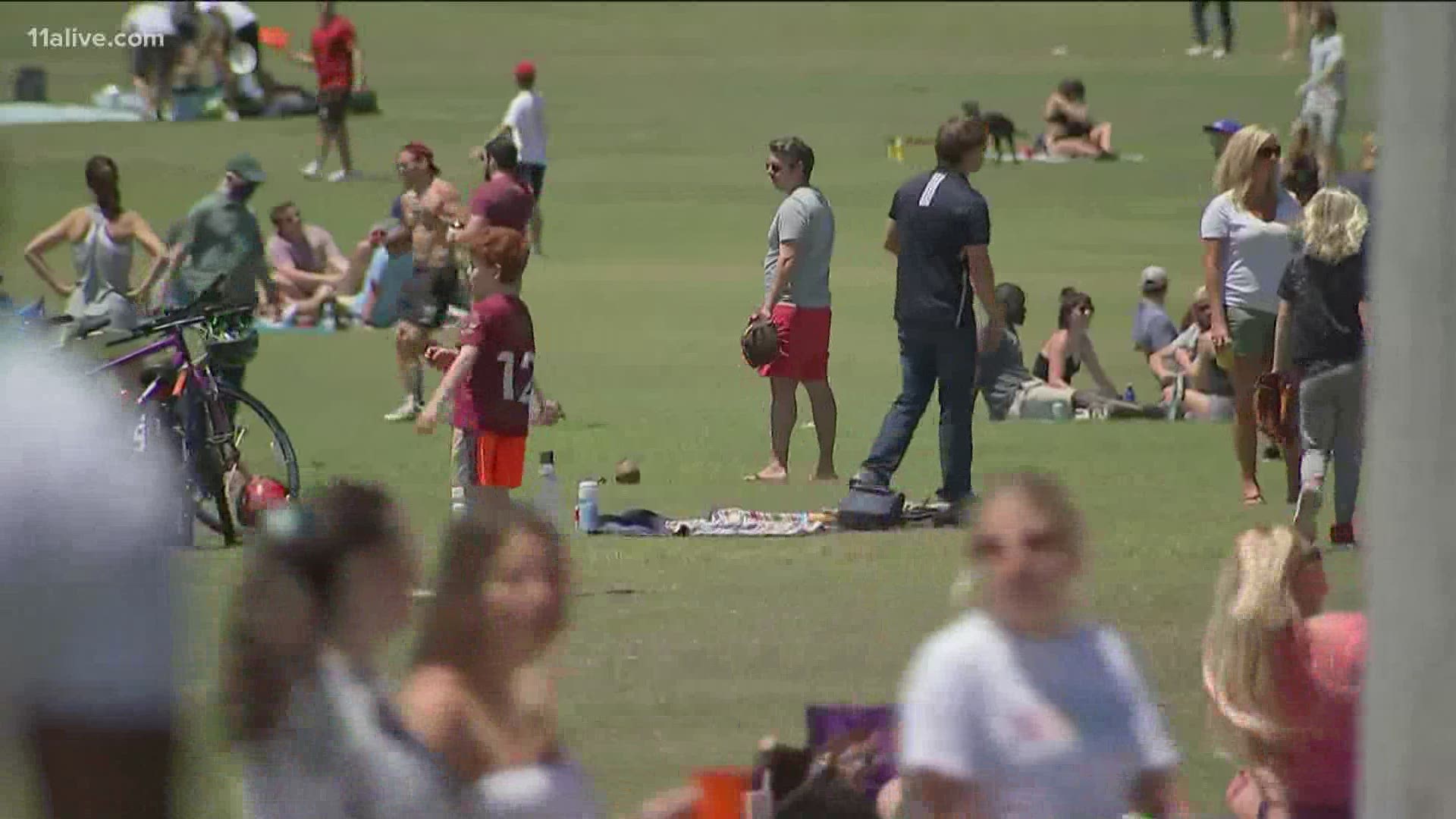 ATLANTA — Metro Atlanta residents had plenty of reasons to be outside on the first weekend since's Georgia's shelter-in-place order ended.

But video shows that, as people emerge from weeks of precautionary quarantine, social distancing isn't a priority for everyone.

Across metro Atlanta, people emerged to watch a fly-over tribute to medical professionals, essential workers and those on the front lines. The amazing sight courtesy of the U.S. Air Force Thunderbirds and Navy Blue Angels squadrons garnered plenty of attention and photos.

Ironically, though, more than a few were watching in crowded areas - something many medical professionals had specifically asked the public not to do.

In some of the same areas, like Piedmont Park, locals were also enjoying warm sun for the first time in a while. But crowds, again, were forming quickly.

Elsewhere in Atlanta, new Air Jordan 5 "Fire Red" Sneakers caused a massive crowd at the Greenbriar Mall where shoe collectors lined up from the entrance of Jimmy Jazz all the way to the outside the mall itself.

The shoes dropped on Saturday.

Even with the state out of its shelter-in-place order, both Gov. Kemp and Dr. Kathleen Toomey have urged the public to continue following "safe daily habits" to reduce the risk of exposure to COVID-19 and prevent the spread of the virus.

Face coverings and social distancing are among the chief among the requests made by Kemp in a press release put out just one day earlier for Georgians.

"Stay at least six feet from other people, do not gather in groups, stay out of crowded places, and avoid mass gatherings," the press statement from Kemp's office said.

Fulton County leads the state in known cases with 2,928 and, with 122 deaths, trails only Dougherty County in southwest Georgia in fatalities tied to the virus.

For a breakdown of data by county, view the 11Alive interactive map.