The Gateway Center's CEO said an isolation facility could open as soon as insurance paperwork is finalized, potentially as early as Tuesday night 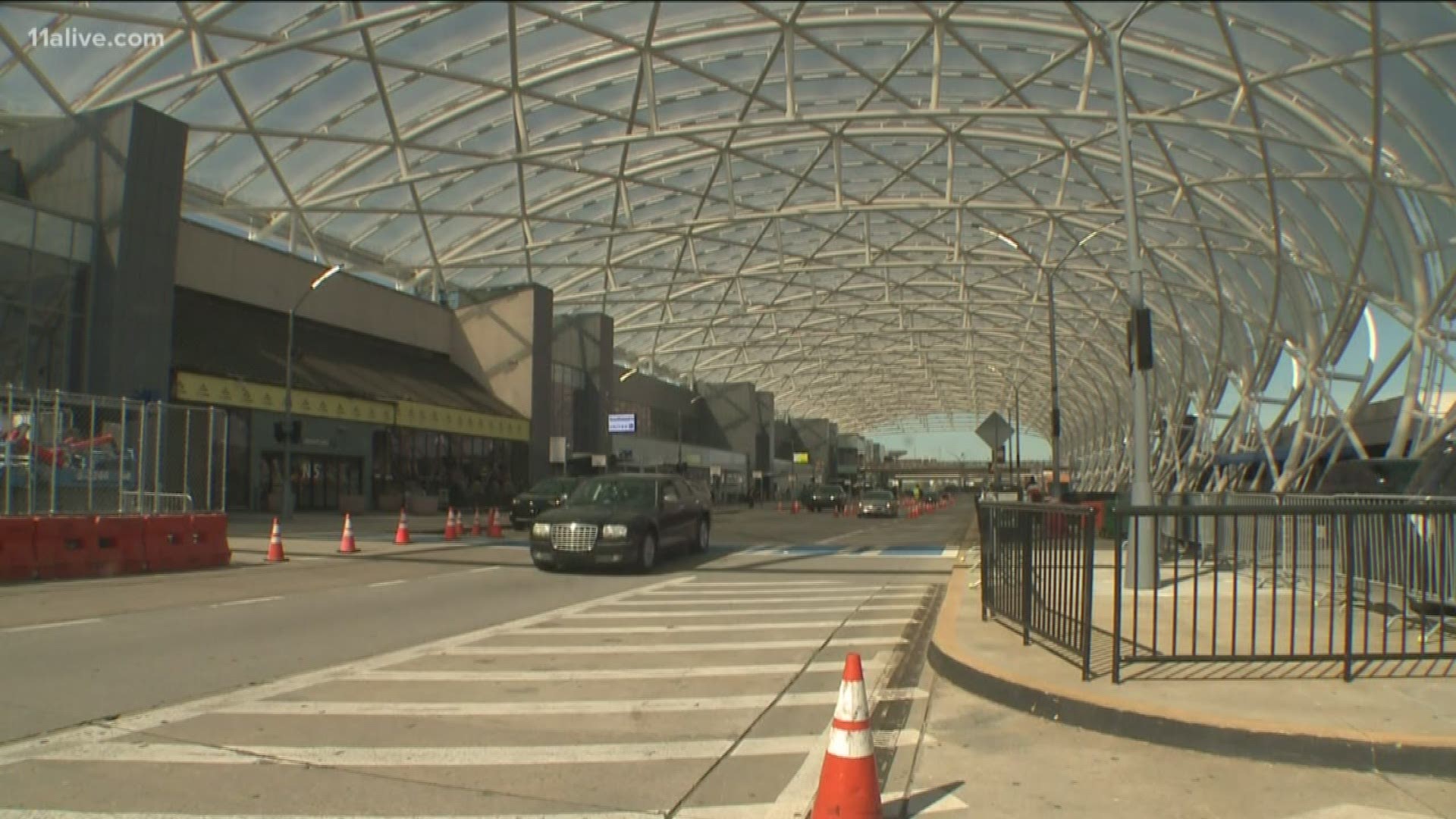 ATLANTA — The world's busiest airport lately resembles a ghost town during the day, but Atlanta Mayor Keisha Lance Bottoms said at night a growing number of the city's homeless population are finding shelter at inside Hartsfield-Jackson Atlanta International Airport.

Bottoms said on any given night before the pandemic, between 100 to 150 people could be found staying inside the airport. On Tuesday, during an update on COVID-19 activity in Atlanta, the mayor said the number is now more than 300 a night.

So far, very few, if any, at the airport have needed COVID-19 related medical help.

"What we have seen so far, for the most part, the people who are at the airport appear to be asymptomatic. There is, obviously no way for us to know if people have COVID-19 without a willingness to avail themselves of healthcare services," the mayor said.

The mayor added that COVID-19 led to the closure of some public places where the homeless spent the night in the past - which led to more people than usual heading to the airport. But she said she doesn't want to push people out of the airport without a plan in place of where they can stay.

"Part of that solution has been evaluation of the Atlanta City Detention Center. But again you're dealing with a population that is often resistant to receiving assistance," Bottoms said.

Atlanta's mayor signed legislation in 2019 to close the city jail, with the goal of repurposing the building.

Today Bottoms said there is a stigma around the former detention center building that could stop some people from staying there.

Meanwhile, the city of Atlanta, Georgia Department of Public Health, Partners for Home and the Gateway Center are finishing paperwork that will temporarily re-purpose a currently undisclosed hotel as an isolation facility.

Gateway Center's CEO Raphael Holloway is involved in the planning for the facility.

"Our hope is that not only can people recuperate at the facility, but that we can work out a discharge plan so that people aren't returning to the streets after their stay," Holloway said.

He added that the paperwork to re-purpose the hotel could be finalized by as early as Tuesday night and then the facility would open.

Homeless people who test positive for COVID-19 will be able to quarantine at the hotel, as well as homeless needing to isolate after being in contact with someone else who tested positive.

Holloway said the hotel will be able to hold up to 170 people. His staff is currently being trained on CDC guidelines for safely running such a facility. People staying at the facility will receive meals, medical assistance and be encouraged the shelter in their rooms.

The facility will open at a time when the hotel industry is suffering due to shelter in place orders, Holloway said. The hotel owner will receive funding to house the facility.

"It is a private-public partnership that I believe will support all involved and help all in being innovative and creating a solution," Holloway added.

Gateway today also began offering COVID-19 testing at its shelter, through its existing healthcare partner, Mercy Care. Holloway mentioned testing will be offered at other homeless shelters - but Gateway is the first to offer such testing in Atlanta.

"Who is being tested is all residents and employees," according to Holloway. "It isn't walk-up testing based on supplies. But it at least affords the facility and the individuals working and living in the facilities the opportunity to know their status."

"The idea obviously is the more we can identify potential positives, we can get them treated earlier, isolate them and prevent the spread," Holloway said.

'I've been near tears. The deal is, the bills don't stop': Private doctors struggle amid pandemic

Couple who recovered from COVID-19 sends thanks, warns others about virus

Coronavirus in Georgia: Confirmed cases spike to 8,818 with 329 deaths