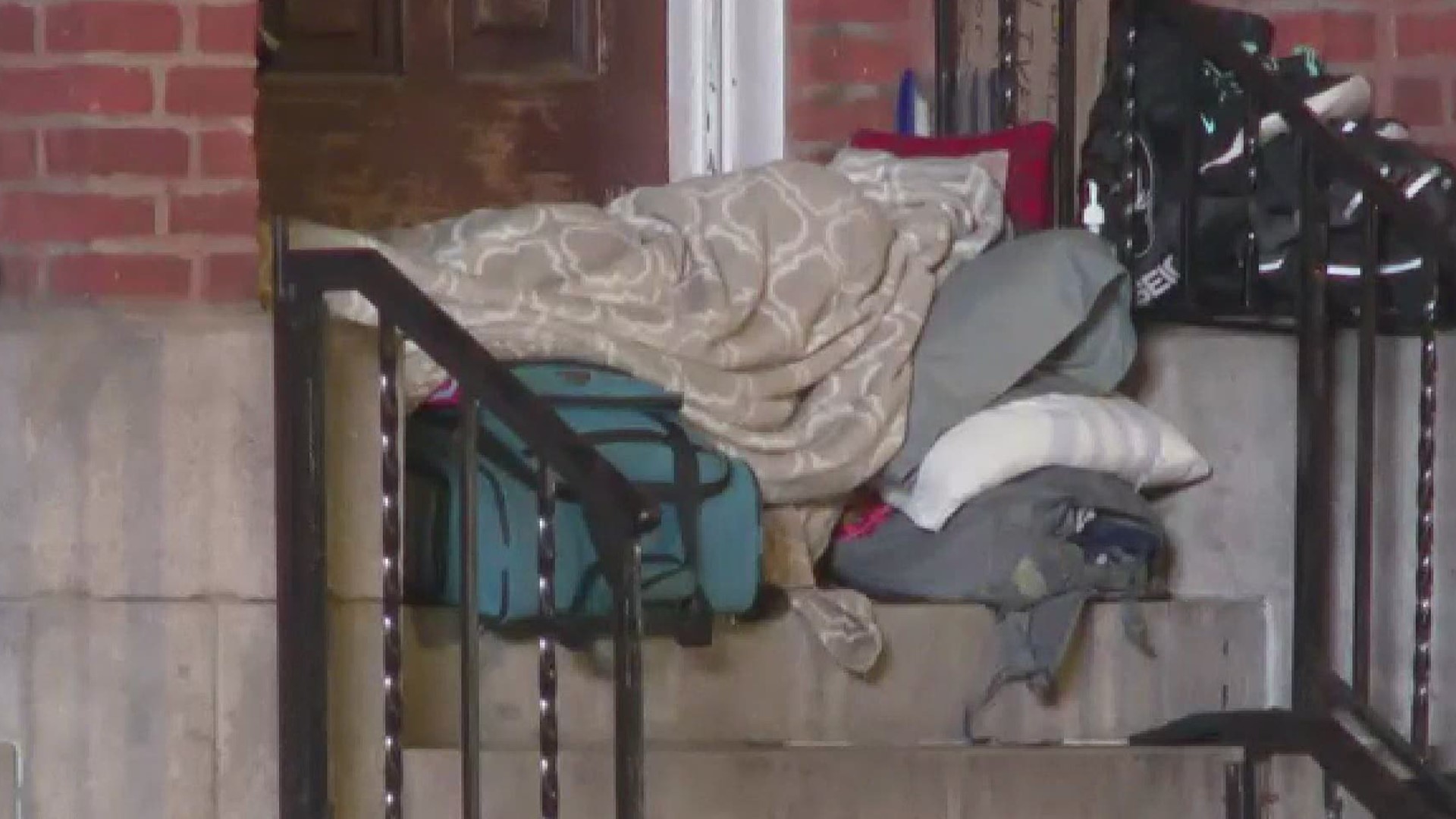 ATLANTA — The impact of COVID-19 has not only crippled downtown Atlanta commerce, it has also had a significant impact on Atlanta's unsheltered homeless.

Since last year, the Gateway Homeless Center said there's been an increase in homelessness of almost 30%. And since the COVID-19 pandemic began, volunteer organizations who are keeping count of the unsheltered homeless population in downtown Atlanta say their numbers have swelled to more than a thousand.

But aggressive efforts are underway to help those without homes stay safe during the pandemic and get off the streets and into accessible and available housing.

Organizations like Gateway Center, Mercy Care and the Fulton County Board of Health wasted no time in starting a massive testing program of both sheltered and unsheltered homeless - the first of its kind in the country - with 3,800 tests done in April, and tests now continuing on a rotating basis.

And, with its partners, Gateway found a downtown hotel to house people who tested positive and a second one for the general unsheltered population.

The organizations said they took hundreds off the streets.

Now, with more than $18 million in public funding, they're in need of more available and accessible space.

“We have a chance to literally put hundreds of people in units who are on the street,” said Jack Hardin, the chairman of Gateway.

But Gateway’s President, Raphael Holloway, said there is still a major obstacle.

“We really need the apartment community to work with us to accept these types of programs on their properties," Holloway explained. "We are experiencing a lot of bias. There are companies that do not want to lease to people who are formerly homeless."

But Hardin said, given the obstacles, they’ve come up with a strategy.

“We are reaching out to a larger network of landlords and using our existing relationships and seeking to expand those," he elaborated. "We are also using a strategy called rapid re-housing, where we put people in apartments and subsidize the rent, and then over time, we will move them from the rapid re-housing units."

An important key to getting the unsheltered off the streets and into accessible housing is an intensive effort to make personal contact with the unsheltered homeless and conduct one-on-one evaluations.

The latest approach is coming from MARTA, in a program called “MARTA HOPE,” which launched in August.

The Chief of MARTA Customer Experience, Rhonda Allen, told 11Alive since the program started, more than 50 homeless have been helped along MARTA train and bus routes.

The process starts with MARTA and HOPE ATLANTA teams meeting up with homeless along all of MARTA'S lines.

“We find that people would seek refuge on a MARTA train or MARTA bus or MARTA bench at a bus stop because they feel they can blend in or perhaps they may have no other place to go," Allen explained. "Sometimes it takes multiple engagements to build trust with individuals and let them know there are resources available to them, as the intention is to connect them with other social services or temporary or permanent housing."

Combined with MARTA’s initiative are aggressive efforts on downtown streets to engage and re-engage the services the homeless vitally need, and many had, before the pandemic.

Leading that effort is Tammy Hughes of Central Atlanta Progress.

“We have a number of cellphones that we allow access, and allow our homeless citizens to connect with their case managers, and we have tablets that let them do virtual telemedicine meetups and appointments,” Hughes explained.

She said, so far, the effort has been met with success.

And, as the round-the-clock counseling continues on the ground - and on MARTA, and with significant added federal and private funding - the gold ring remains acquiring accessible and available housing.

The immediate goal, Hardin said, is to have 800 unsheltered homeless off the downtown Atlanta streets and in housing by December, and an added 1,200 Atlanta homeless in apartments by the end of next year—a goal he sees as realistic and attainable.