Those claims, though, come despite health experts saying the contrary. 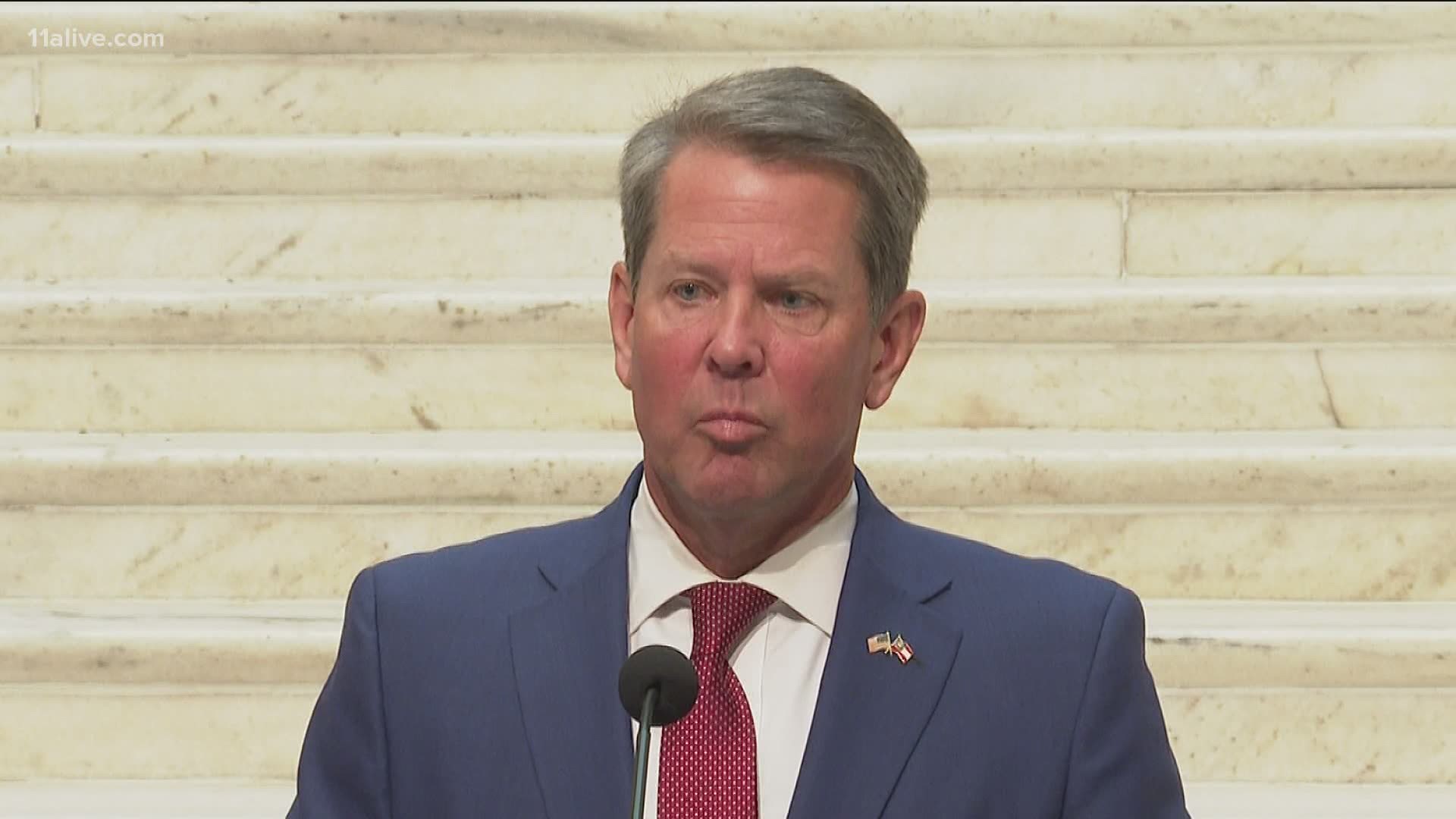 ATLANTA — During a briefing Friday morning on the state of the coronavirus pandemic in Georgia, Gov. Brian Kemp tried to tie the exploding growth of COVID-19 cases in in the state to large-scale protests against racial injustice earlier this summer.

"We were open for two months before this latest rise, and if you look at when it started – I think there's several reasons for that. Number one is the demonstrations," Kemp said on Friday.

Those claims, though, come despite health experts suggesting the contrary: there's little evidence to show the protests sparked the resurgence of the virus. That appears to be mostly because the demonstrations were held outside and protesters largely wore masks - both of which limit the chance for the virus to spread from person to person.

According to 11Alive's own tracking of data from the Georgia Department of Public Health, Georgia started seeing a noticeable uptick in COVID-19 cases beginning around the end of June, as seen in the graph below. The dotted line shows the moving average for cases in the state, while the orange shows the data from this week.

Because of the lag in time that it takes for symptoms to first appear and a confirmed case to be reported, it often takes two weeks for numbers to reflect what is happening in data trends.

The first night of intense protesting in Atlanta came May 29, meaning two weeks from that date would be around mid-June. The graph above shows that there was a slight uptick in cases. Around that same time, however, Gov. Kemp also relaxed some of the restrictions on public gatherings, allowing amusement parks, bars, and nightclubs to reopen.

A few weeks later, near mid-June, live performance venues and sporting events were also allowed to reopen. Limits on the number of people in restaurants, movie theaters, and other public spaces were also largely lifted. As shown in the graph above, the number of new cases started accelerating roughly two weeks from that - near the end of June and the beginning of July.

Kemp said on Friday that if the city had enforced social distancing rules – not just during the protests but also in isolated instances of crowds reported at some bars and restaurants and elsewhere – that there would be no need to add the new rules Mayor Keisha Lance Bottoms is trying to add.

"Because of the demonstrations, it sent the message to people that hey it's all right to get out, we can let our guard down," Kemp said.

Kemp's move to link the protests to the surge of cases in Georgia is a shift from earlier statements supporting the wave of demonstrations in Atlanta, and beyond, that was largely peaceful.

Regardless of the cause, new cases of COVID-19 continue to set new records for daily totals.

So far, Kemp has not indicated whether he will re-implement some of the more stringent restrictions - like closing bars and nightclubs - to slow the spread, though he did extend the public health emergency and the shelter-in-place order for the medically fragile. He has also said he would not seek to mandate masks across the state, though public health experts say it would help both the economy and slow the spread of the virus. He also moved to suspend local mask ordinances that were put in place.