A small sample of tests was lost somewhere between a testing site and the processing lab. 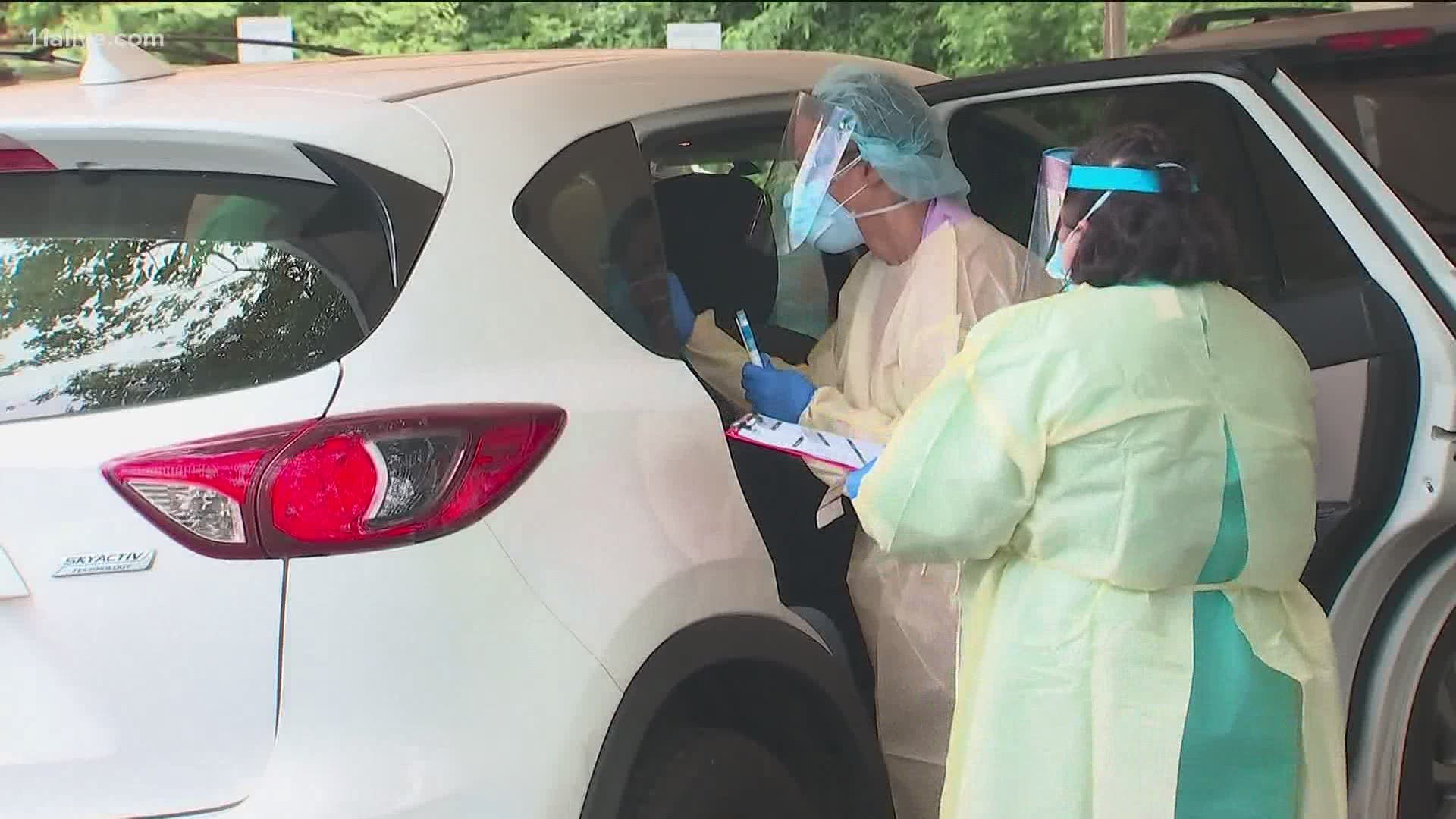 ATLANTA — Update: After the story aired, Augusta University Health System reached out to 11Alive to clarify information about the labs mentioned in the article. The article has been updated to clarify who oversees and operates the labs.

Augusta University (AU) Health System is apologizing after losing a small sample of COVID19 tests in the last two weeks.

Patient Bonnie Roberts contacted 11Alive after receiving a test from one of AU’s 50 testing sites on April 24.

Roberts said she started to feel sick with a cough, fever, and gastrointestinal issues and contacted AU, who helped set up an appointment in a drive-thru testing facility. Roberts said she was told she would have the results in 72 hours.

The days passed and Roberts checked the online portal for AU, which should have shown her results. Ten days later, after numerous calls, Roberts contacted a receptionist at AU.

“She says, ‘I think yours may have been one of the ones that was lost.’ I said, ‘What do you mean it was lost?’” Roberts said.

The 63-year-old said she wasn’t given any additional information about the lost test or the next steps to take.

Roberts said that, as a result, she doesn't know if she has COVID-19.

Christen Engel, associate vice president for communications at AU, said by phone lab capacity in Atlanta made it difficult to keep up with the 12,000 tests issued in the past two weeks.

“These labs are running at capacity that they’ve never run at before,” she said.

As test results started getting delayed, tests were relocated from Atlanta labs to AU's Augusta lab in hopes of expediting the results.

Engel clarified AU and the National Guard have been tasked by the Governor’s office to lead specimen collection sites. Specimens collected at those locations are then sent to outside labs for testing. AU only operates labs in Augusta, so "while we’re using our clinical lab expertise to help labs in Atlanta with a new interface to improve efficiency and throughput, we don’t actually have control over lab operations."

Relocating the samples caused over 4,000 tests to be delayed even further and some tests were also lost.

“Thirty of those samples got lost somewhere between the testing site and the processing at the lab,” said Engel.

On the first weekend of May, additional staff was brought in to contact 2,000 people with their test results. Engel said 2,200 people were still waiting for results who were tested between April 29 and May 3.  As for the 30 who had their samples lost, Engel said they were being contacted and told to get a re-swab at one of AU’s drive-thru sites and the results would be expedited.

“We want to apologize for the inconvenience,” Engel said over the phone.

To prevent further delays, AU said lab capacity is being expanded in Atlanta with more capacity for the tests.

Engel said she hopes this will be an encouraging sign to the public that they can still trust their tests and results with AU.

“The people that are getting tested now, we don’t expect a delay beyond the 72 hours which it normally takes,” said Engel.

As for Roberts, she said it would have been nice to be contacted by AU and told sooner that her results were lost. She is also upset over not knowing whether she had the virus.

“I mean, I didn’t eat for three days," she said. "I think I may have lost seven pounds!”

Roberts said she’s only left the house once for groceries and is finally starting to feel better. She is still deciding whether she will return to an AU testing site or just continue to stay home.