The lifelong educator died after a month-long battle with COVID-19. 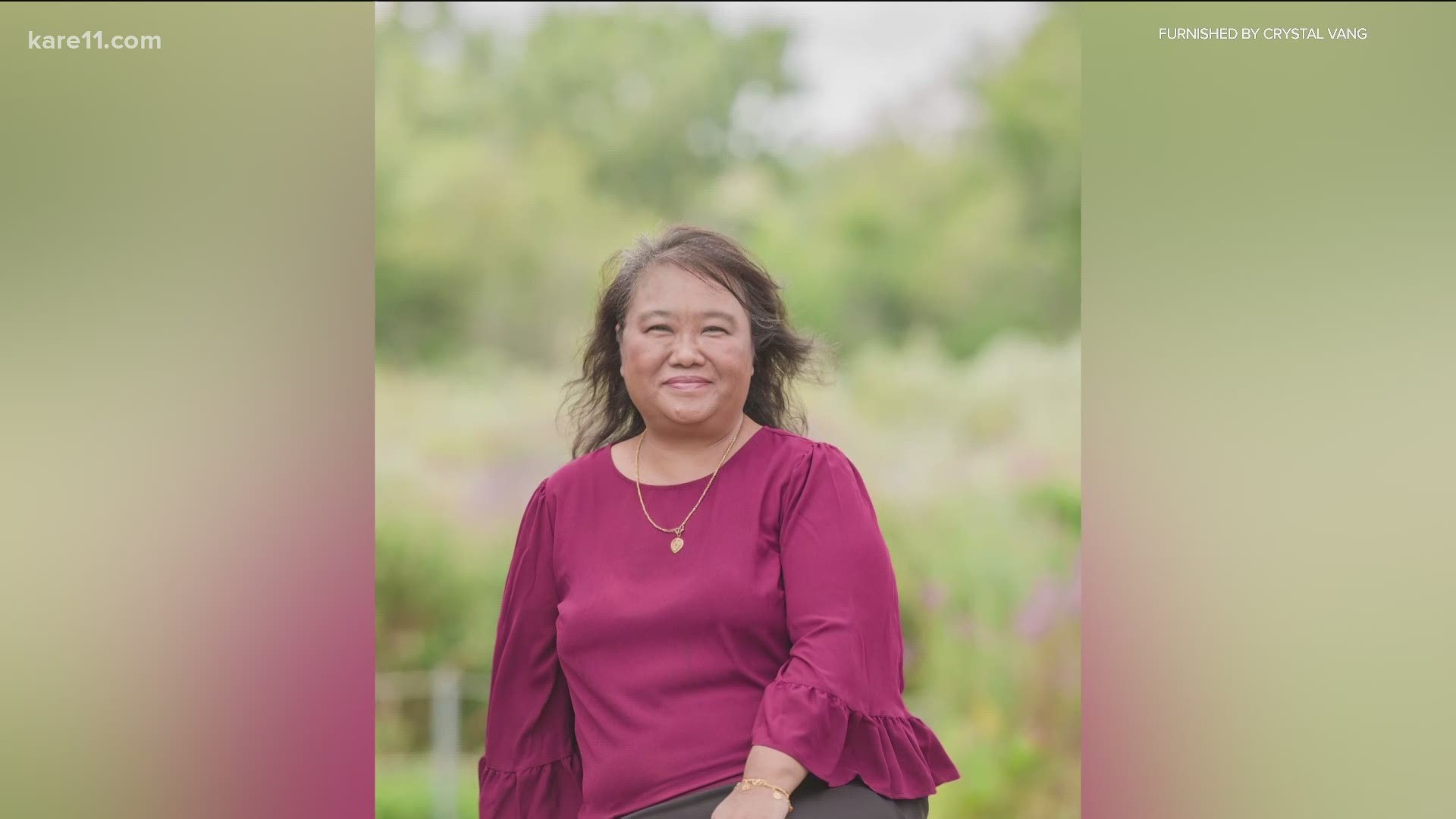 That’s how many describe Choua Lee Yang – the CEO and principal at Prairie Seeds Academy in Brooklyn Park.

“Choua is a pillar in the community,” says Tou Ger Xiong, a leadership and diversity consultant at the school.

Xiong says Yang lost her battle with COVID-19 after fighting a month-long battle. “We were keeping our fingers crossed and sending her love and prayers, but in the end her body couldn’t stand it,” he says.

53-year old Yang first came to the US in 1978. “She came here as a refugee, moved to New York, and came to Minnesota and she’s a teacher at heart,” he says.

Yang worked as an educator throughout several schools in Minneapolis and St. Paul before she and her husband founded the Prairie Seeds Academy in 2004. “One of a handful of Hmong culture language schools in the country,” he says.

He says Yang practiced every safety precaution to keep staff and students at the school safe. “We were scheduled to do hybrid, because our school is in county where numbers will allow for a hybrid,” he says. “But given her death to COVID and I believe a few staff at the school have tested positive, it’s up in the air,” he says.

The school issued a statement on her passing, saying in part, “Choua loved life. While life presented challenges and obstacles, she embraced it with a smile and always trusted that everything happened for a reason. Her entire life was dedicated to serving others.”

As the school, community, and all who knew and loved Yang mourn her loss, they’re remembering the way she lived.

“As a Hmong teacher and a first generation refugee of war, I know she came with hopes of living the American dream,” he says.

The Board of Directors and Administration of Prairie Seeds Academy Charter School issued a statement saying,

"It is with great sadness that the Board of Directors and Administration of Prairie Seeds Academy Charter School (PSA) share the news of the passing of Chief Executive Officer, Choua Yang on Friday October 9, 2020. Choua died after a heroic battle with COVID-19.

A lifelong educator, Choua served as the Principal of PSA since 2008 and became its Chief Executive Officer in 2020. Under her leadership, PSA increased its enrollment and student success, providing thousands of students with an outstanding education. There was nothing more important to her than the students of PSA. She celebrated their successes, cared deeply when they were troubled and needed help, and was devoted to making things better for every student, family, and staff member at PSA. Most importantly she believed in giving her students the opportunity to actualize PSA’s mission, to be,

“inspired global thinkers, who will understand the importance of inquiry, lifelong learning, intercultural awareness, respect, and adaptability as they become future leaders.”

Choua understood and valued the importance of education and devoted her entire career to the profession, starting in 1996 with her first teaching job. Over the years, Choua served in multiple leadership roles with the Minneapolis Public Schools and St. Paul Public Schools before joining PSA as its principal. She was an exceptional leader who served with humility and contributed immensely to the growth of many teachers, principals, and administrators. Those that have been fortunate to work with Choua will remember her constant encouragement and above all, her kindness.

Choua loved life. While life presented challenges and obstacles, she embraced it with a smile and always trusted that everything happened for a reason. Her entire life was dedicated to serving others. She lifted us with her humor and high spirits and was a constant light during troubled times.

Choua will be greatly missed by the PSA Community. Her legacy of success and care for others will continue to guide PSA. For more information about Choua, please see this link:  https://www.psak12.org/about/meet-our-principal

Funeral services are being arranged and will be announced when available. At this time the PSA Board of Directors and Administration asks that you keep Choua and her family in your thoughts and prayers during this difficult time."

Choua’s family has established an online fundraiser to cover funeral costs. You can contribute here.