Doctors pulled the plug on Rhonda Withem and told the family she would have only hours to live. Instead, she opened her eyes and grinned. 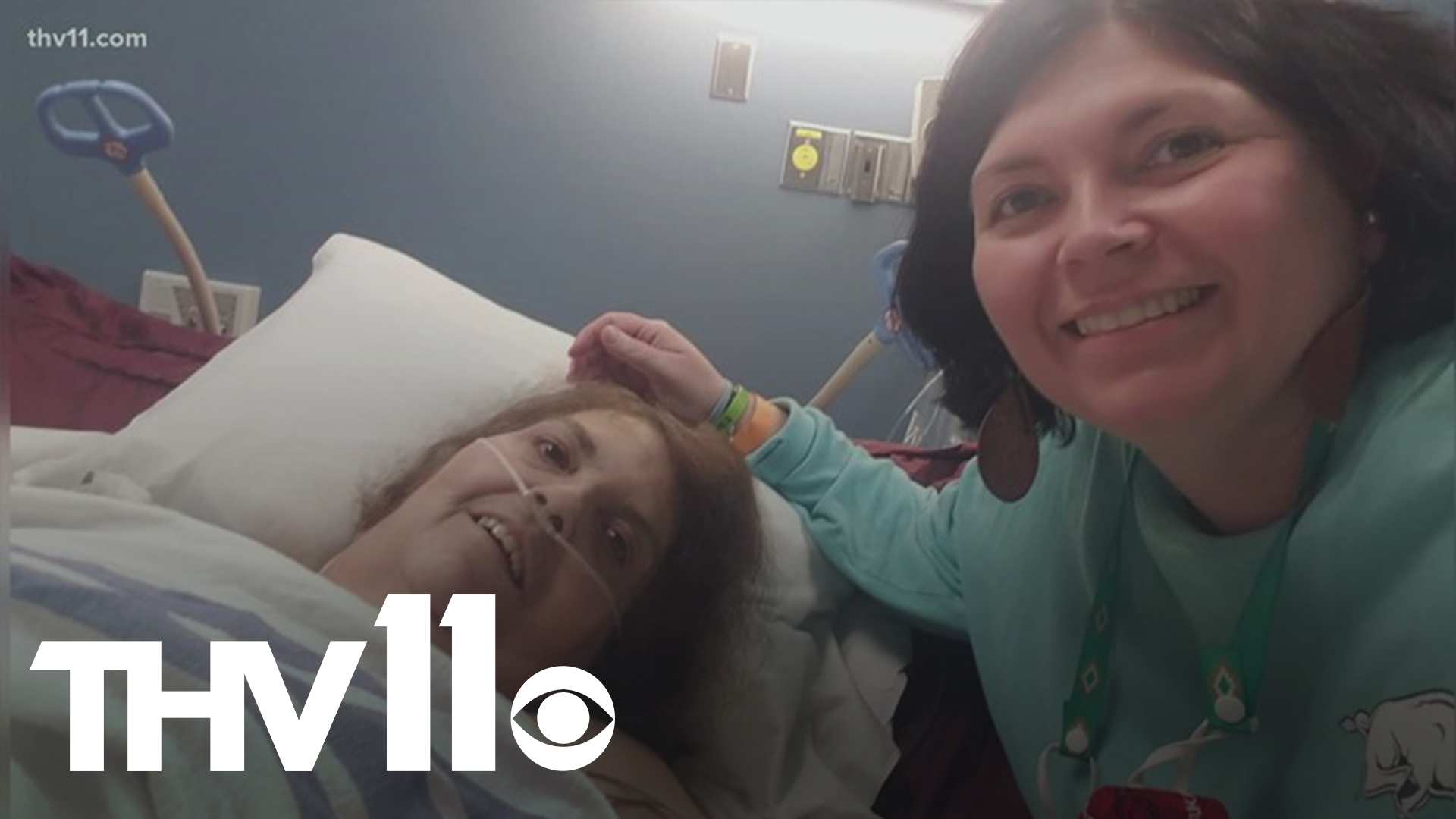 Brewer is happy, yet speechless, after being told by doctors that her mother Rhonda Withem would not beat the coronavirus.

Withem became ill in early November. She tested positive for COVID-19 on Nov. 7 and spent time at home quarantined.

However, her symptoms just kept getting worse and she eventually went to the hospital.

"She was in the ICU there at Saline Memorial for two weeks,” said Brewer.

Withem was on a ventilator her whole stay, but would not respond to doctors when they gradually tried taking her off.

Brewer said she and her family were then told to make a tough decision after doctors said Withem would never breathe on her own again.

They chose to pull the plug on their mother's vent, and they stood outside her ICU room and prepared to say goodbye.

"The doctors said it would just be hours once they took everything off,” said Brewer.

Instead, Withem shocked her family.

When doctors took her off the ventilator, she opened her eyes for the first time.

She looked around the room and tried waving to her daughters and even gave them a grin.

Withem is well on her way to recovery.

Now she's spending time in rehab, regaining the strength she lost from her COVID-19 battle.

The family urges others who are fighting this same battle to never give up on hope.

RELATED: VERIFY: False lists of coronavirus vaccine side effects vs. the facts

"Not after seeing her for a month, giving her a big hug, and just getting to squeeze her neck, it was just amazing,” said Brewer. “Don’t give up on your faith or your hope. We’ve seen it.”

Brewer’s mother is expected to complete rehab on December 26.