Senate Bill 599 calls for bowling alleys and skating rinks to be allowed to reopen at 50 percent capacity with strict safety protocols in place. 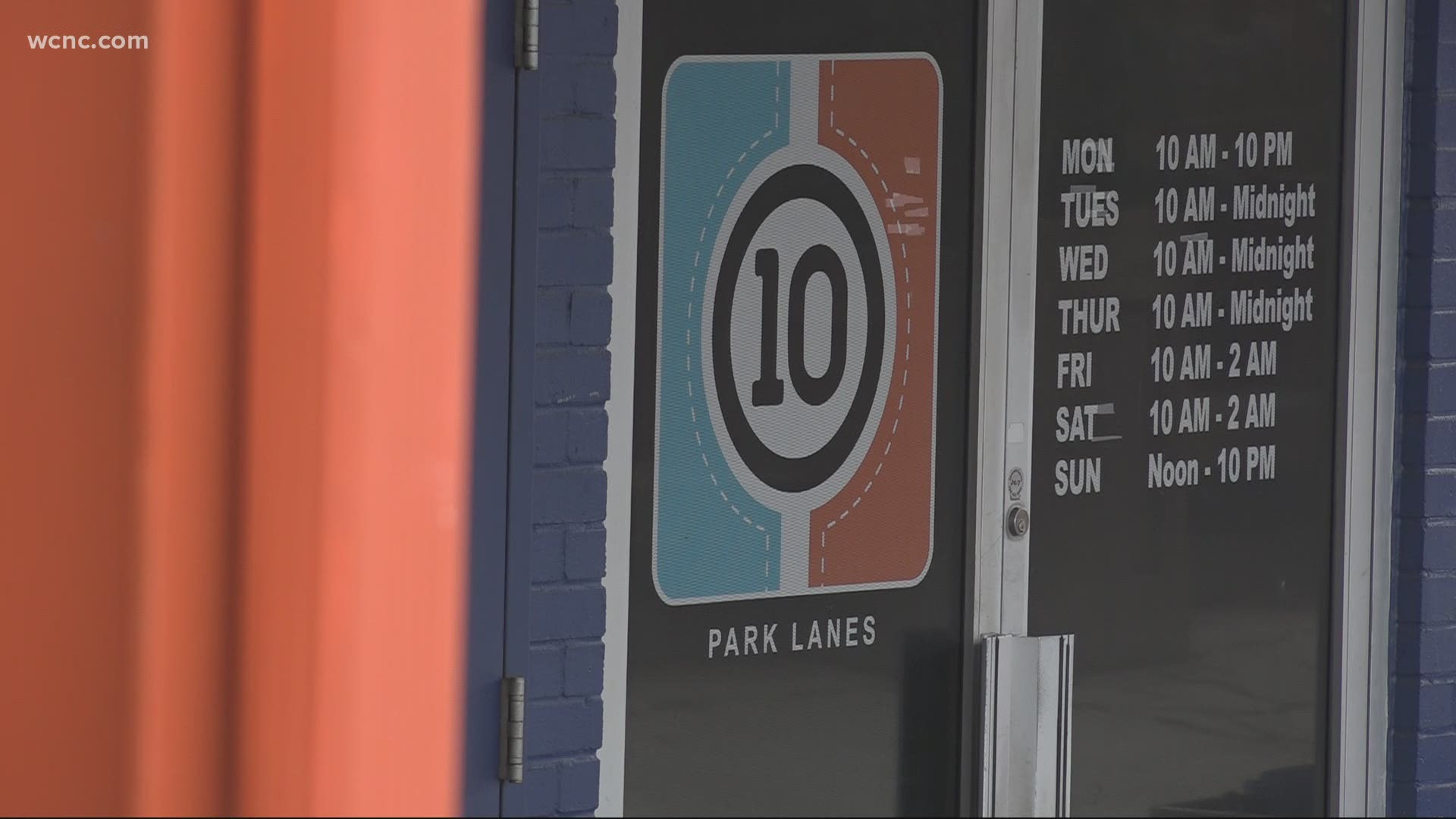 CHARLOTTE, N.C. — A bill to allow bowling alleys and skating rinks to reopen is making its way through the North Carolina General Assembly.

Senate Bill 599 calls for bowling alleys and skating rinks to be allowed to reopen at 50 percent capacity with strict safety protocols in place.

10 Park Lanes on Montford Drive has now been closed for three months. The bowling alley has been a fixture in Charlotte for more than 50 years.

"It's been very difficult,” said Patric Zimmer, one of the owners. “I don't think this was anything that anybody could have forecasted or, you know, thought would ever happen to us certainly in our lifetime."

Zimmer said he doesn’t understand why bowling alleys have been placed in the last category to reopen and would like the opportunity for the business to reopen.

RELATED: Governor Cooper not guaranteeing if North Carolina will move into Phase 3 next week

"We're literally just like a bar and a restaurant, except we've got bowling,” Zimmer said, “and it's actually pretty easy for us to fully sanitize the bowling balls and bowling shoes after use."

The venue has been preparing new sanitization protocols, Zimmer said, in hopes of reopening if North Carolina moves into Phase 3 on June 26.

Governor Cooper said he is expecting to make an announcement on Phase 3 at the “first of next week” but has not guaranteed the state will move forward into another phase and what that phase could include.

RELATED: Gov. Cooper vetoes bill that would have allowed bars to reopen in North Carolina

"We're continuing to monitor these numbers,” Cooper said in a news conference Monday, “and know that right now they're not trending in a good direction."

In addition to the bill to reopen bowling alleys and skating rinks, a bill to reopen gyms and bars with outdoor seating has made its way to the Governor’s desk. It awaits an approval or veto from Cooper.

As the weeks without income for bars continue, Wet Willie’s Charlotte, a bar known for its daiquiris in the AvidXchange Music Factory, announced on Facebook that it is permanently closing that location.

A post on the Wet Willie’s Charlotte, NC Facebook page states, “After 10 years of sharing great fun and Cheer with our awesome Charlotte customers, we are having to close this location due to the hardships of Covid-19.”

RELATED: Face masks will be mandatory in Boone starting this weekend

RELATED: $4,000 travel tax credit could be waiting for you in next stimulus

RELATED: South Carolina releases guidelines for schools to safely re-open in the fall

RELATED: US expects insurers to cover COVID vaccine without copays