Black Coalition Against COVID aims to earn trust among community

Morehouse College of Medicine President was among those involved in the letter to the Black community insuring them that they are represented in the process. 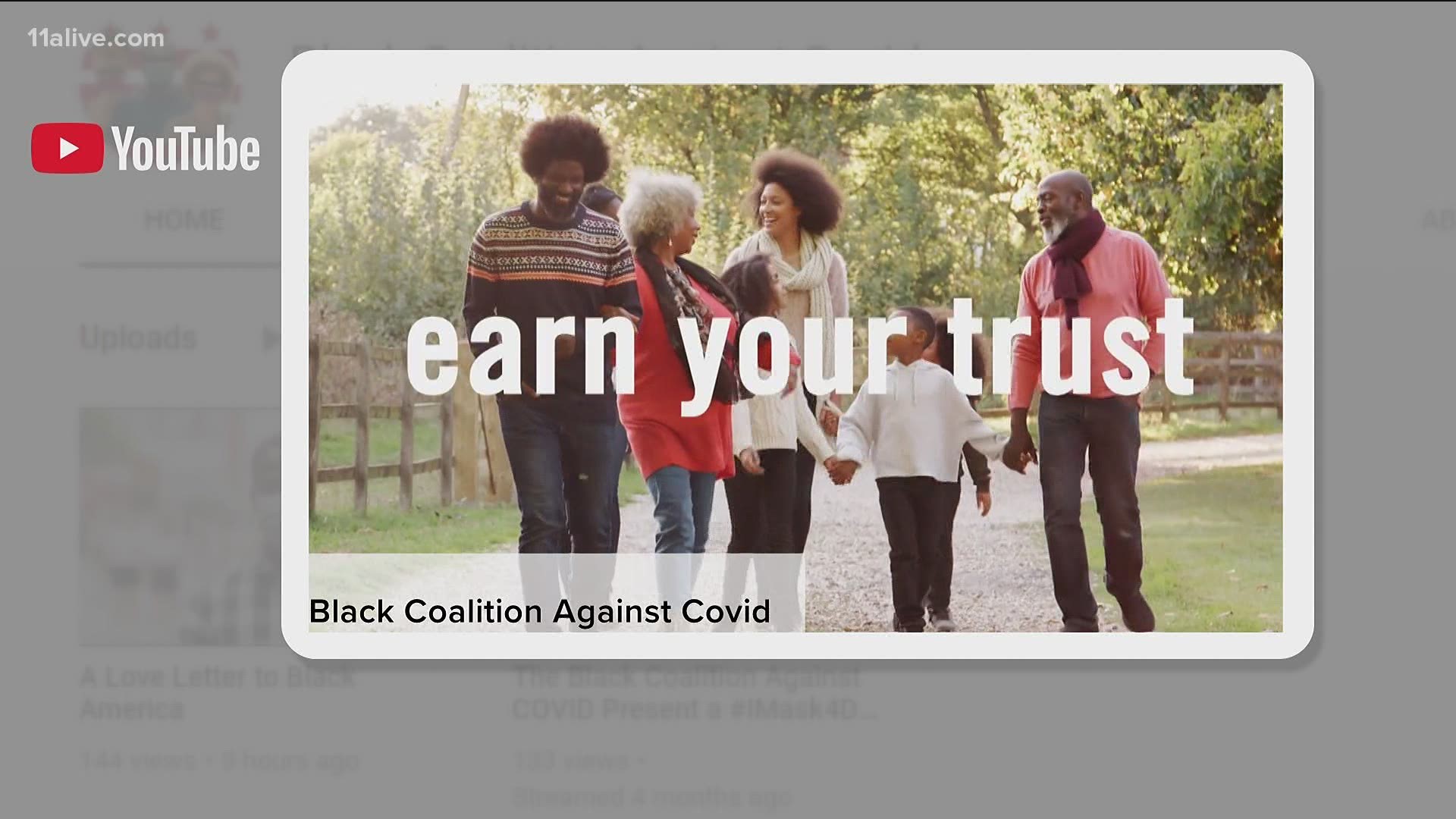 ATLANTA — "Dear Black America, WE LOVE YOU" - that's how a message from hundreds of Black medical professionals, doctors, and nurses begins.

As COVID-19 cases begin to rise again, the pandemic has disproportionately impacted people of color. So, the letter is coming from a historical coalition of Black medical experts who are trying to spread information in the fight against the virus and let the community know a vaccine is coming.

The Morehouse School of Medicine is part of this love letter and the school's president said she wants Black Americans to know they do have representation at the table.

"We have Black scientists who are very much involved in the vaccine development at these companies and at the NIH as well," Dr. Valerie Montgomery Rice said. "We have Black scientists who are going to be on the FDA vaccine panel that is going to review the data for the Emergency Use Authority so we, as we say, are in the room where it's happening."

She said, in the past, that may not have been the case, but that she's confident that it is now.

Dr. Rice said she pushed for major drug companies to conduct clinical trials that included historically Black medical schools. She added that she has personally been on calls with them all throughout the process.