Thousands watched jets from the Blue Angels and Thunderbirds roar through a crystal clear Atlanta sky on Saturday afternoon. 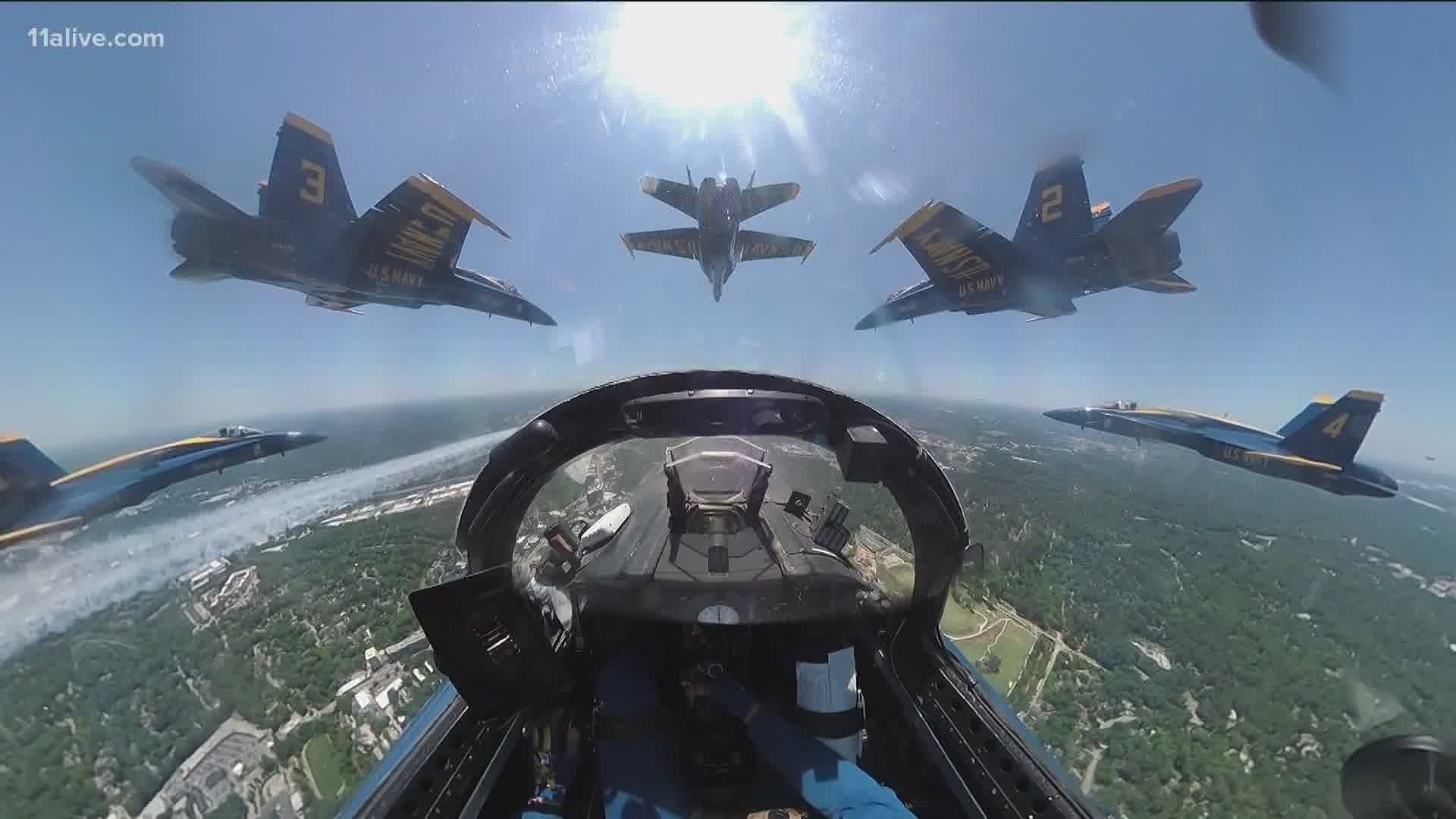 ATLANTA — The Navy's Blue Angels and Air Force's Thunderbirds precision air teams flew over metro Atlanta on Saturday afternoon to honor the first responders, including the doctors and other medical personnel as well as the police and fire crews on the front line during the COVID-19 pandemic.

Similar displays have been taking place in other cities across the nation in honor of the healthcare workers and other first responders placing their own lives on hold to take care of everyone else during the past weeks and months as the pandemic has continued to run its course.

Hundreds of healthcare workers and thousands of people all over metro Atlanta from across the region cheered as the jets went overhead in a spectacular display.

The jets, flying from Pensacola Saturday morning, first flew to Baltimore and Washington for a similar flyover for first responders in those cities earlier in the day on Saturday before making their way back down to Georgia.

They entered the region over northern Cobb County and passed over Marietta and made their way down toward the Piedmont Hospital area, then flew to the east, toward Emory University and the VA Hospital area.

The jets then made their way northward to north Fulton County, passing over the Northside Hospital area and Children's Healthcare of Atlanta's Scottish Rite campus.

Looping back southward, the jets made their way toward downtown Atlanta, where they passed over Emory Midtown Hospital, the Atlanta Medical Center, Grady Memorial Hospital and Children's Healthcare of Atlanta's Egleston campus.

After leaving the downtown area, the jets made their way to the south, passing near Piedmont Fayette Hospital in Fayetteville and Piedmont Newnan Hospital before leaving metro Atlanta.

Did you get to see the jets as they passed through metro Atlanta? Would you like to share your images with us and with your friends?