Bottoms bristles at request for emergency injunction against speaking to press 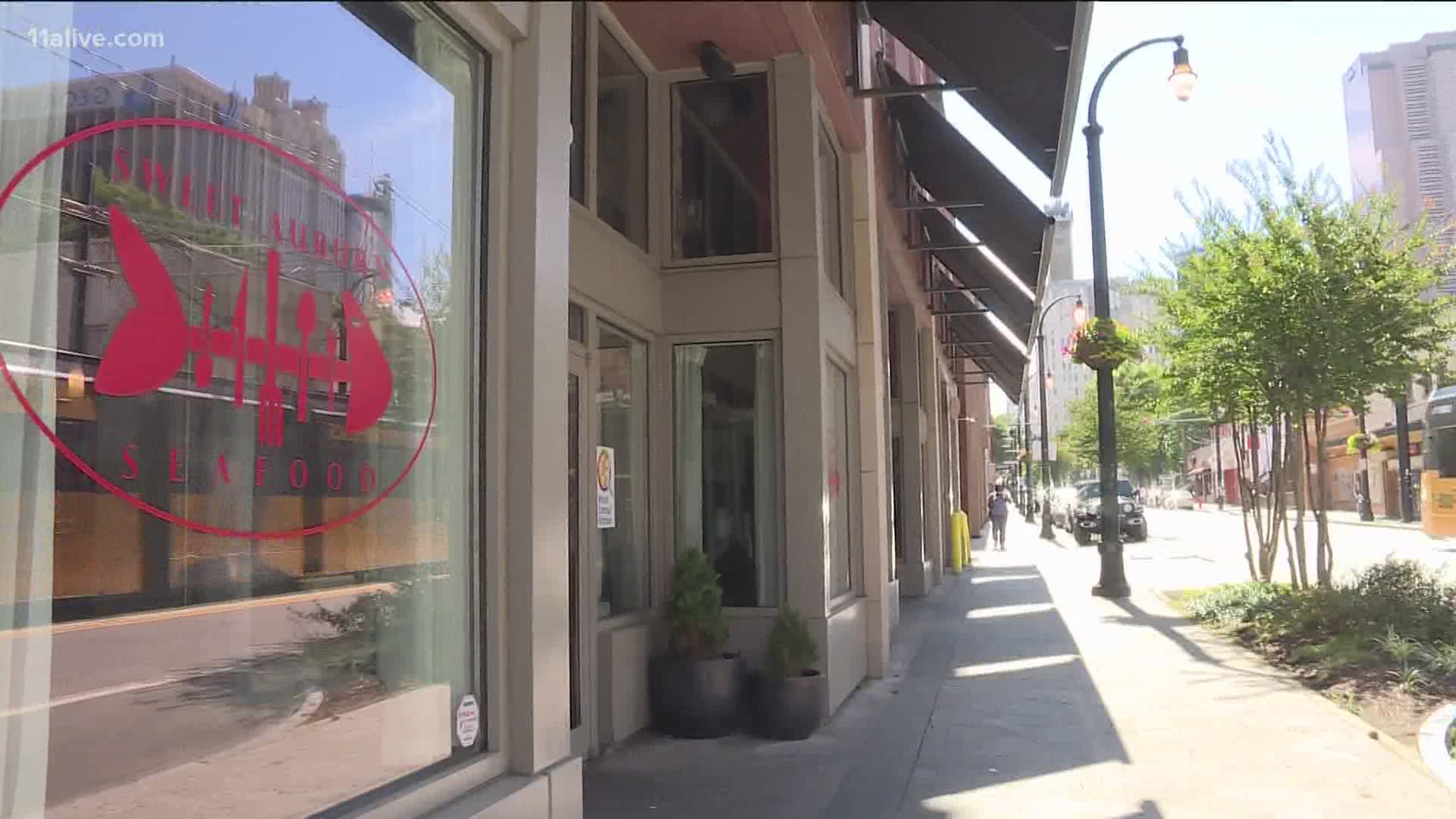 The injunction is part of a lawsuit filed last Thursday which seeks to block the mayor from enacting or enforcing any orders that are "more or less restrictive" than his executive orders.

"In addition to being sued over a mask mandate and voluntary advisory guidelines on COVID-19, Gov. Kemp has asked for an emergency injunction to “restrain” me from issuing press statements and speaking to the press," Bottoms said Sunday morning. "Far more have sacrificed too much for me to be silent."

According to Kemp, the lawsuit, which named Bottoms and each of the members of the Atlanta City Council, was brought "on behalf of Atlanta business owners and their hardworking employees who are struggling to survive during these difficult times."

Earlier in the week, Bottoms, along with leaders in several other cities across the state, enacted ordinances mandating mask use in order to help curtail the spread of COVID-19.

Kemp is opposed to issuing a statewide mask order, saying his office would "strongly encourage" mask use by Georgians, even as the state's own data on the coronavirus pandemic shows exponential growth in the number of cases of the virus and hospitalizations on the rise.

The governor issued an executive order on Wednesday, explicitly suspending those local mandates.

However, on Thursday, in a public address, Bottoms rejected the governor's order, saying that her mandate for the city of Atlanta -- which includes passengers passing through Hartsfield-Jackson International Airport -- would stand.

"I believe that our city's mask ordinance, and I believe those across the state, are defensible, and it is not just my posture but the posture of many mayors across this state that our policies are enforceable and they stand," the mayor said.

After the governor filed his lawsuit against the mayor and councilmembers on Thursday, Bottoms responded a short time later on Twitter.

"3104 Georgians have died and I and my family are amongst the 106k who have tested positive for COVID-19. Meanwhile, I have been sued by @GovKemp for a mask mandate. A better use of tax payer money would be to expand testing and contact tracing."

3104 Georgians have died and I and my family are amongst the 106k who have tested positive for COVID-19. Meanwhile, I have been sued by @GovKemp for a mask mandate. A better use of tax payer money would be to expand testing and contact tracing. #ATLStrong pic.twitter.com/z4hpTrCS1B

There has been no word as to when the lawsuit would be heard in Fulton Superior Court.