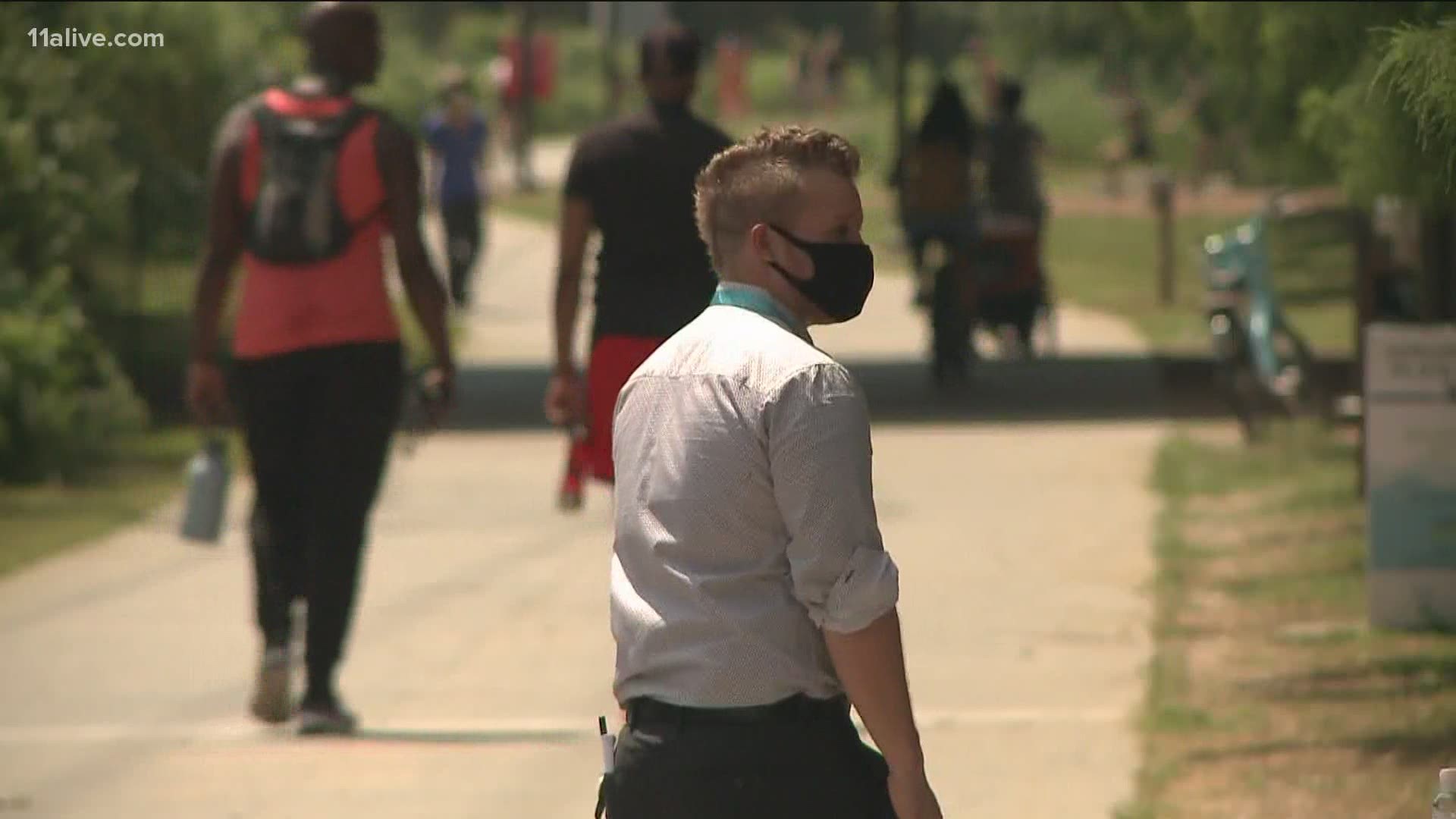 ATLANTA — In the latest back-and-forth of a growing open dispute between Atlanta Mayor Keisha Lance Bottoms and Gov. Brian Kemp, the mayor said Thursday mask requirements "are enforceable and they stand" one day after the governor explicitly barred them.

The issue of masks has been perhaps the most contentious one between the two leaders, with Kemp rejecting calls to institute a statewide mask mandate and Bottoms one of the policy's most vocal proponents.

After Atlanta joined a number of cities last week in issuing a mask requirement, the governor on Wednesday made explicit in his latest executive order that such city statutes will not be allowed.

But Bottoms, in a press conference, said Atlanta's will stand nonetheless.

"It's my belief that the city of Atlanta still has the appropriate standing to mandate masks," she said. "Especially as it relates to buildings and places that we own and operate."

She said she found it "quite interesting" that while cities such as Savannah and Athens issued mask mandates before Atlanta, the governor had not acted against municipal mask ordinances until it was noticed that President Trump violated the city mask requirement during a visit to Hartsfield-Jackson airport on Wednesday.

"Then suddenly the governor has taken a formal position on masks in the state of Georgia," Bottoms said.

She added: "I believe that our city mask ordinance, and I believe those across the state, are defensible, and it is not just my posture but the posture of many mayors across this state that our policies are enforceable and they stand."

Bottoms called wearing masks "a simple thing to do, it's an easy thing to do," and said the city would "continue to push and ask people to do it despite the disagreements that we may have."

Asked if she feared a lawsuit from the state over the mask mandates, she said she was "not concerned about that at all."

"You all know I love to quote Audre Lorde, she says, 'I am deliberate and afraid of nothing.' So I am not afraid of the city being sued," the mayor said. "And I'll put our policies up against anyone's any day of the week."

Can a pregnant woman spread the coronavirus to her fetus?