Rosa Santiago Zimmerman said she was told she would have the results in 24 to 74 hours, but she and others who have had contact with her are still waiting. 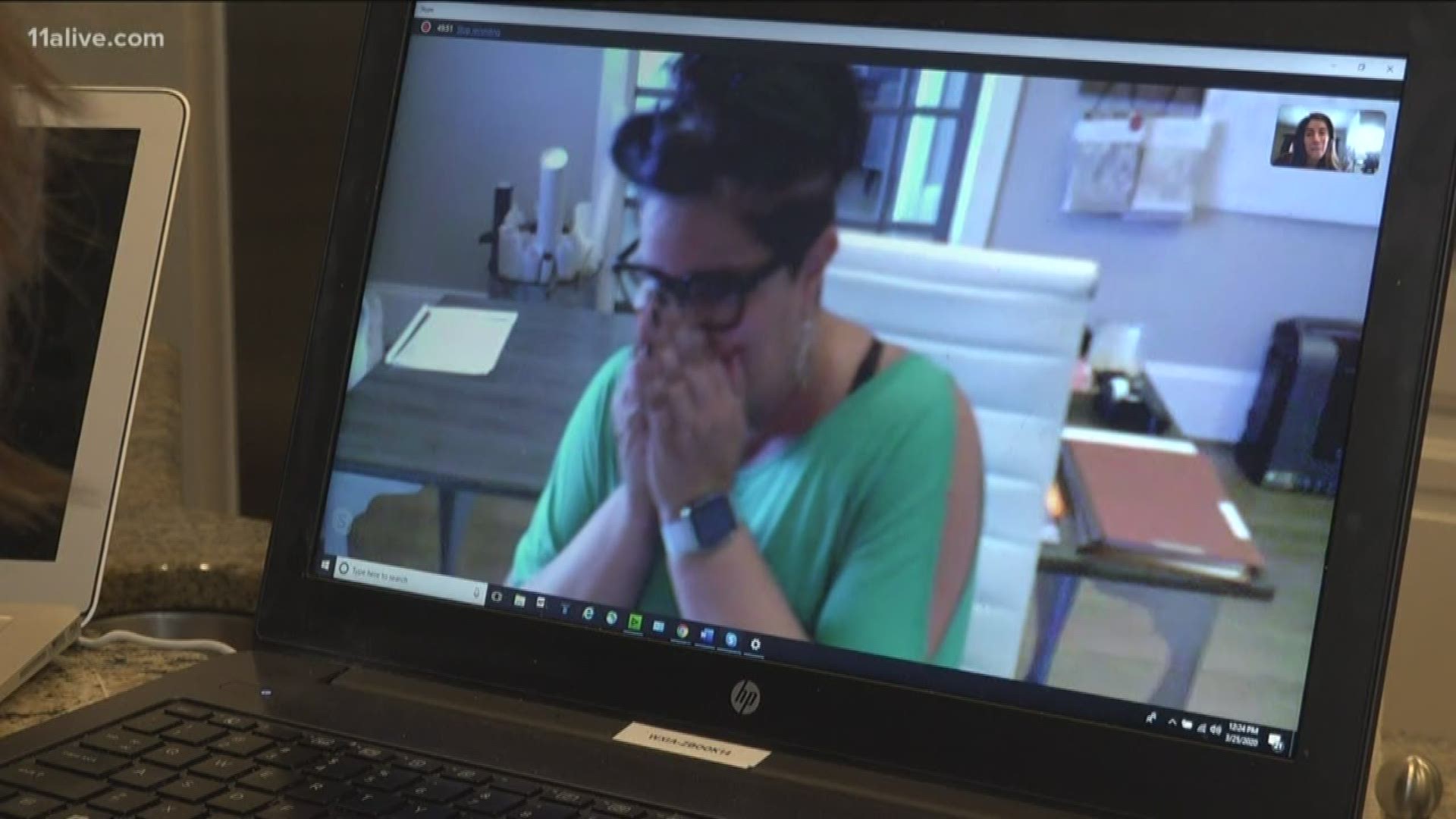 BRASELTON, Ga. — Concerns continue from those who have been tested for COVID-19 but are still awaiting results. A Braselton woman told 11Alive she still doesn't know if she has the virus after being tested nine days ago.

Rosa Santiago Zimmerman said she was told she would have the results in 24 to 74 hours, but she and others who have had contact with her are still waiting.

“You are dealing with, you know, 10 or 15, 20 people that I came in contact with that are out there that have no idea whether they are COVID-19 positive or negative," she said.

Zimmerman said she was tested for COVID-19 curbside at North Georgia Urgent Care in Braselton.

The 49-year-old, who has no underlying medical conditions, said she's been feeling sick for about three weeks now. She started feeling ill during a Florida business trip.

RELATED: Gov. Brian Kemp: Coronavirus has likely been in Georgia since last year

She remains self-quarantined with her husband and daughter, who also have been showing symptoms.

“I was told that they cannot be tested until my results come in," she said.

Monday, she said she received a notice saying her test results were negative, but then another call came saying that wasn't the case.

“My physician called me back to tell me that they had made a mistake and that my results were pending and had not arrived yet," she said. “We keep talking about ‘Let’s flatten this curve,’ well we can’t flatten the curve if we don’t have the information to flatten the curve.”

Trapped in India: One family's fight to bring their daughter home