Businesses in N. Fulton Co. are sharing ideas for survival, as the six city governments there band together to find ways to help them survive. 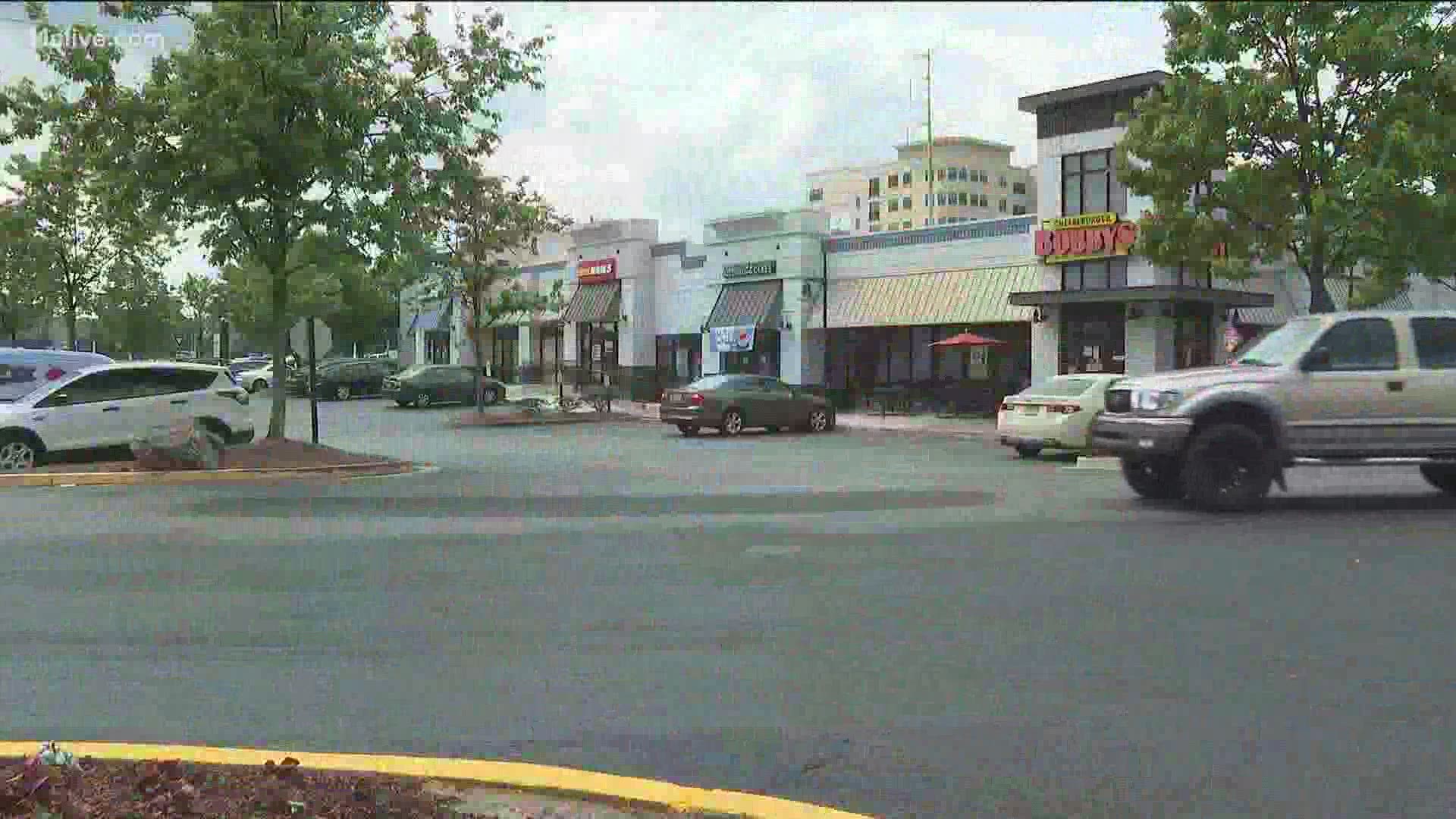 SANDY SPRINGS, Ga. — We keep hearing that we are all fighting two battles at the same time:

One -- The battle to conquer the coronavirus.

Two -- The battle to restore the economy.

Small businesses are struggling, and countless families are trying to put food on the table, and just trying to get past this.

And in one region of metro Atlanta, north Fulton County, businesses and local governments are fighting the economic battle by pooling resources, as if they are part of one community, not several.

In the City of Sandy Springs, in an empty dance studio, Corey Elias supervises the ballet lessons that used to take place there—supervising them remotely, on-line, on Zoom.

He watches his seven instructors guiding serious students of ballet--pre-schoolers who are eager to learn--dancing to their instructors’ cues while miles apart from each other, in their own homes.

It’s how Corey Elias figured out how to keep his ten-year-old business, North Georgia School of Ballet, open for business.

RELATED: Local business owner deals with six weeks of no income, and still no government assistance

When he, and his wife and business partner, Bethany Elias, were forced to close their studio in mid-March because of the pandemic, they understood that many of their students’ families were having to decide between groceries they need and ballet lessons they love.

“So we’ve instituted a pay-what-you-can program, for the next few months, and we just say, ‘Hey, if you are not able to, that’s completely fine. And if you are, we really appreciate it,'” Elias said Tuesday. “The response that we’ve gotten was, this was the one normal thing that they have, there’s a schedule on a weekly basis, or every other day, with their teacher, they see their classmates, ‘So thank you for bringing some normalcy into this crazy, crazy time.’”

“The kids love seeing their friends” in the Zoom lessons, Elias said. “You could see it on their faces as they jumped on their Zoom calls and saw their friends, their instructors, ‘Hey, how are you?’”

Ingenuity out of necessity. To survive.

And other owners of small businesses in north Fulton County are able to learn about ideas like that, and share their own ideas, as they tailor their own plans for survival, “to be able to connect and brainstorm,” said Kali Boatright, the president of the Greater North Fulton Chamber of Commerce.

Boatright said the Chamber is fostering a unified approach, helping businesses collaborate, as the six city governments in north Fulton County, themselves, are joining forces to help their communities’ economies survive.

Under the leadership of economic development team in the City of Sandy Springs, they surveyed more than 800 businesses in mid-April, finding out, for example, that most owners fear they may have to close, soon, or cut staff permanently; the survey's results revealed practical ways to help the businesses, now.

For example—the unified approach in north Fulton helped secure a bulk discount for face coverings that businesses need in order to operate, now, to protect customers and staff.

“Being able to pull together and collaborate has really made this significant,” Boatright said. “Doing it as a region and working together allows us to make more of a difference. It’ll be more significant ... As a region, the great news is that we’re all communicating with each other, to be able to provide best-lessons learned.”

RELATED: State-by-state look at how America is reopening from the coronavirus

His heart is with his students, who are ages three to adult. This is his calling. And he wishes he could answer their questions about the future of dance classes in the studio again.

“Are we going to be able to have fifty people in one dance studio like we have in the past? Or figure out another way to keep everyone safe? The uncertainty really does make it nerve-wracking. Are the students going to be comfortable coming out and being in their environment again?”

Boatright said Elias and other business owners across north Fulton and beyond are laser-focused on convincing their clients and customers that everyone will be safe coming back into the businesses.

“As we come out of this,” Boatright said, “it’s really going to be that consumer sentiment, that ability to have some trust that they’re going to stay healthy if they go out, and that’s really what everybody’s working on.”

Elias looks ahead, trying to be hopeful.

“Best-case scenario is, August rolls around and we get back to classes and the school year starts like normal ... It’s stressful, and most of it is that uncertainty. If this had some sort of end date, it would be much easier to plan for that. But the uncertainty is just a killer.”

He’s surviving, gratefully, for now, he says, one Zoom class at a time.

“We have to act,” Boatright said, “we have to make it better for all, and I really believe that sense of consumer security and sentiment is really going to be the game-changer.”

North Fulton County is getting ready to conduct a follow-up survey of businesses, to see what impact federal bailout money under the CARES Act has or has not had, and to see how the owners’ prospects and hopes and plans for the next few months have changed since the mid-April survey. The survey’s results will help local governments and business leaders, including at the Chamber of Commerce, continue to find ways to help businesses get through at least the next few months of the pandemic.

RELATED: Most business owners in north Fulton County worry whether their businesses will survive: Survey

RELATED: Islands of protection in a sea of COVID-19: Dozens of senior living facilities in Georgia reporting zero cases