Mayor Keisha LancBottoms said there are no NBA sanctioned events for the public that weekend. 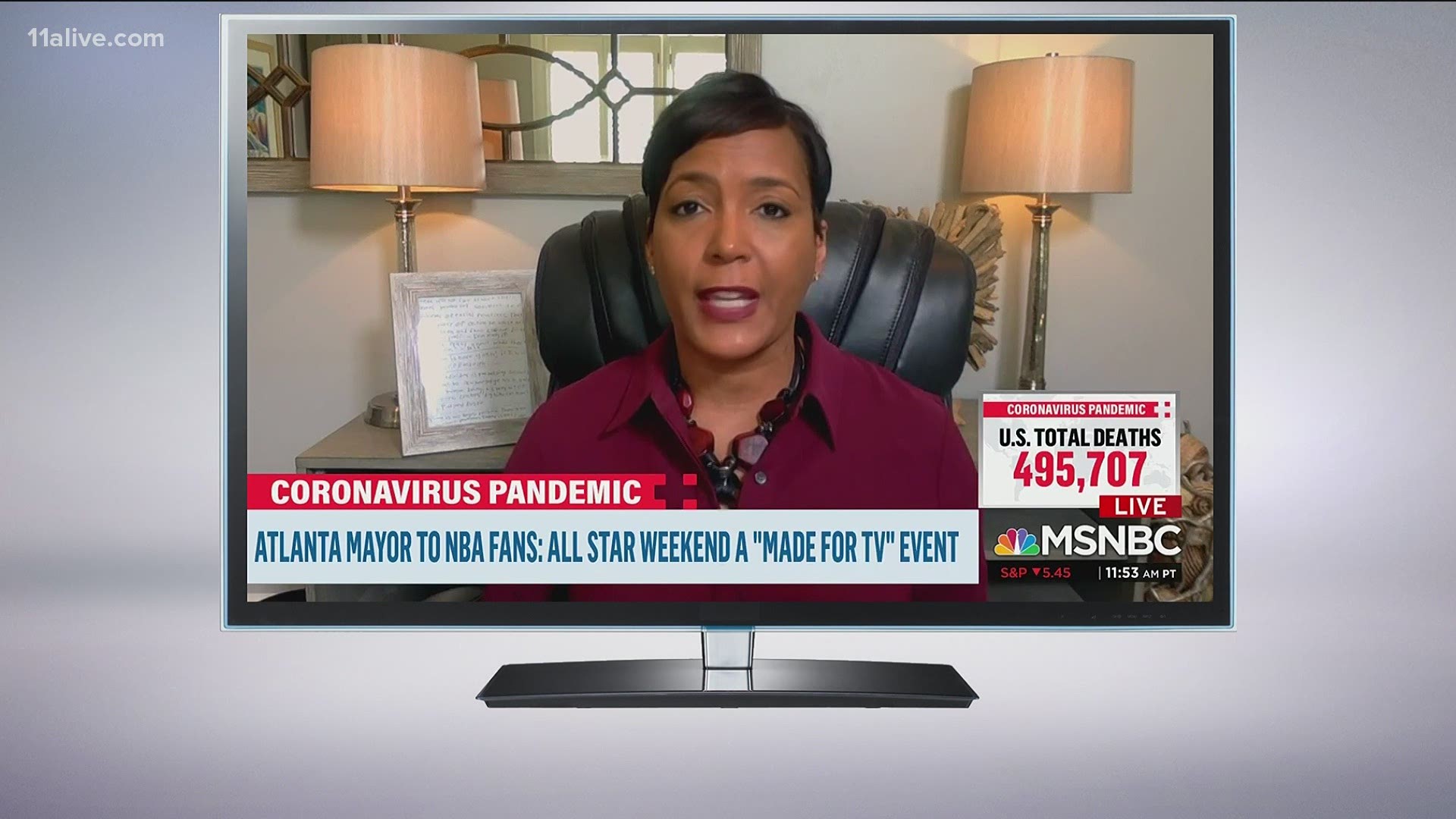 ATLANTA — Atlanta Mayor Keisha Lance Bottoms made it clear that she does not want bars and clubs to host events during the NBA All-Star weekend on March 7.

But, businesses are promoting their events anyway.

Mayor Bottoms said there are no NBA sanctioned events for the public that weekend. However, local businesses are promising their own star-studded parties.

Café Circa in Atlanta is promoting a daytime rooftop party. At OAK Atlanta downtown, the club promises celebrity appearances. It’s the same for nightclub Revel Atlanta.

These planned events are defying what Mayor Bottoms asked of businesses.

On MSNBC, she reiterated the message for those still carrying on with events.

“Bringing in crowds, a lot of people drinking and partying – I know the NBA is not supportive of it and we’re just asking people to please continue to respect where we are in this pandemic and not travel to our city for this game,” she said.

Dr. Frita Fisher with Emory University Hospital applauded Mayor Bottoms for that, but now is worried about the potential consequences of these events.

Dr. Kevin E. Woods, President of the Atlanta Medical Association, said now is not the time to let your guard down.

“COVID is real and we still have not gained that security through vaccination that would allow us to go back to our normal lives,” he said.

11Alive reached out to multiple businesses that are still hosting parties.

Only two responded, both denying they’re affiliated with any events posted on Eventbrite claiming to be hosted by those businesses. One pulled a post from the Internet.

The mayor said the city is limited to some degree in what it can do because of the governor’s current executive order, but she said the city will crack down on nuisance properties that don’t follow occupancy rules.