The agency changed its COVID-19 guidance over the weekend then reverted back to a previous advisory on Monday suggesting that the update was in error. 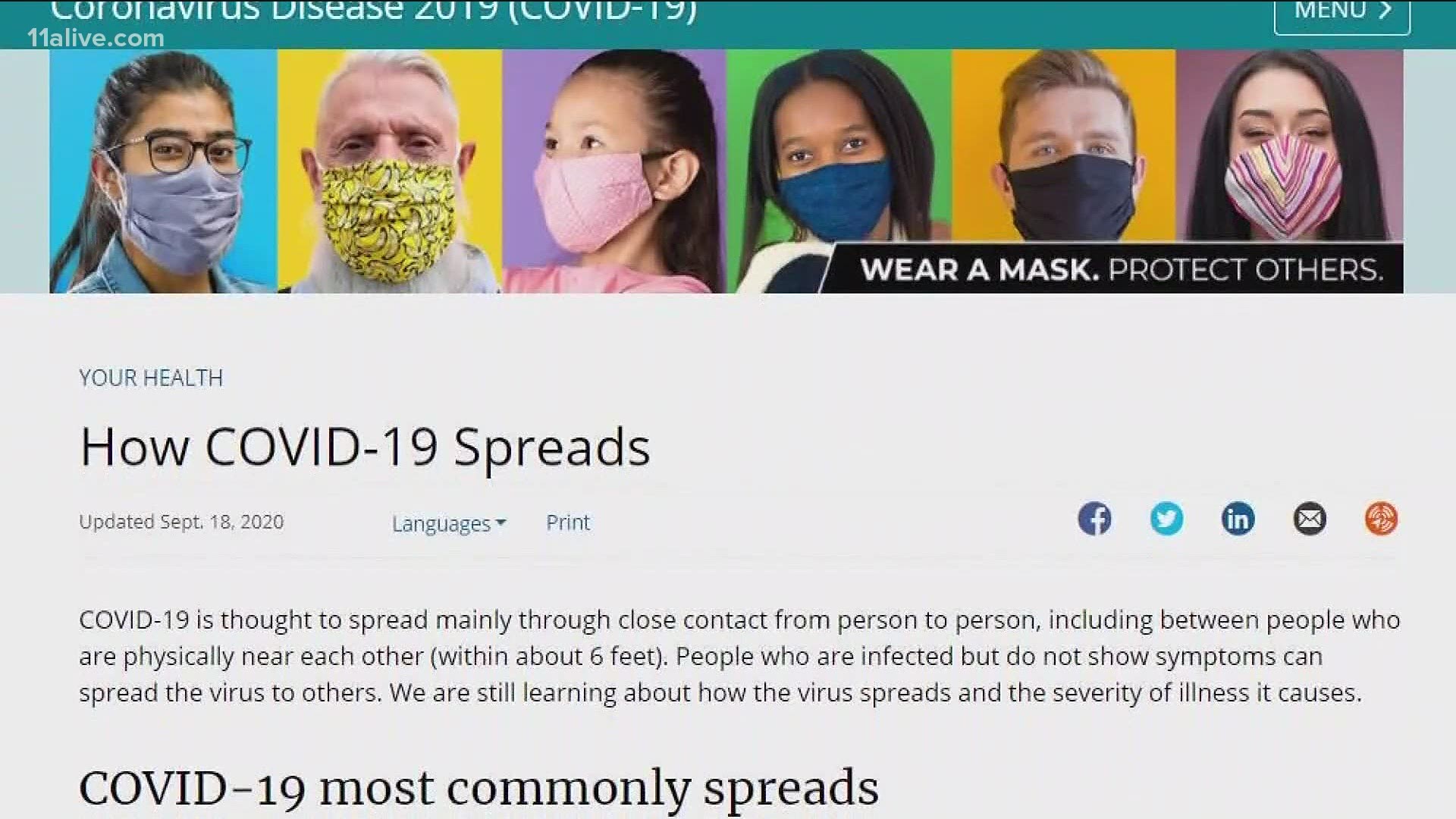 ATLANTA — A small group protested outside the Centers for Disease Control and Prevention on Monday as the death toll from COVID-19 hits 200,000 in the United States.

This comes as the federal health agency posted - then removed - new guidance on how the virus can spread in the air. The decision has also led to considerable confusion.

The current guidance still states that you can contract the virus within six feet of people or if an infected person talks, sneezes or coughs. The questions were over why the CDC pulled their guidance on catching the virus through aerosol droplets from a larger distance.

The agency posted guidance on Friday stating the main way the virus is thought to spread is through airborne transmission - even when an infected person breathes.

Three days later, on Monday, the CDC rolled back the message, reporting it was an error.

Recently, scientific research and the World Health Organization (WHO) supported the idea that infected aerosol particles can linger in the air for longer than previously thought.

“The CDC has been slow on this, there’s no question,” Dr. Joseph Allen with the Harvard School of Public Health said. “The science has been inequitable and every new piece since February has supported that airborne transmission is happening.”

The confusion in guidance led some epidemiologists to think differently. For instance, Dr. Eric Feigl-Ding, who is a member of the Federation of American Scientists, believes the changing of language is a political move.

Meanwhile, a small group demonstrated outside the CDC Monday night, saying the health agency needs more support as the U.S. marks a grim milestone in the death toll - now hitting 200,000.

The CDC said it will issue updated guidance soon. But many wonder if it will include language about airborne transmission – something that has been thought to contribute to spreading the virus beyond that six feet of social distance that’s become a mainstay in public health measures.