The numbers were released in the district's Friday update. 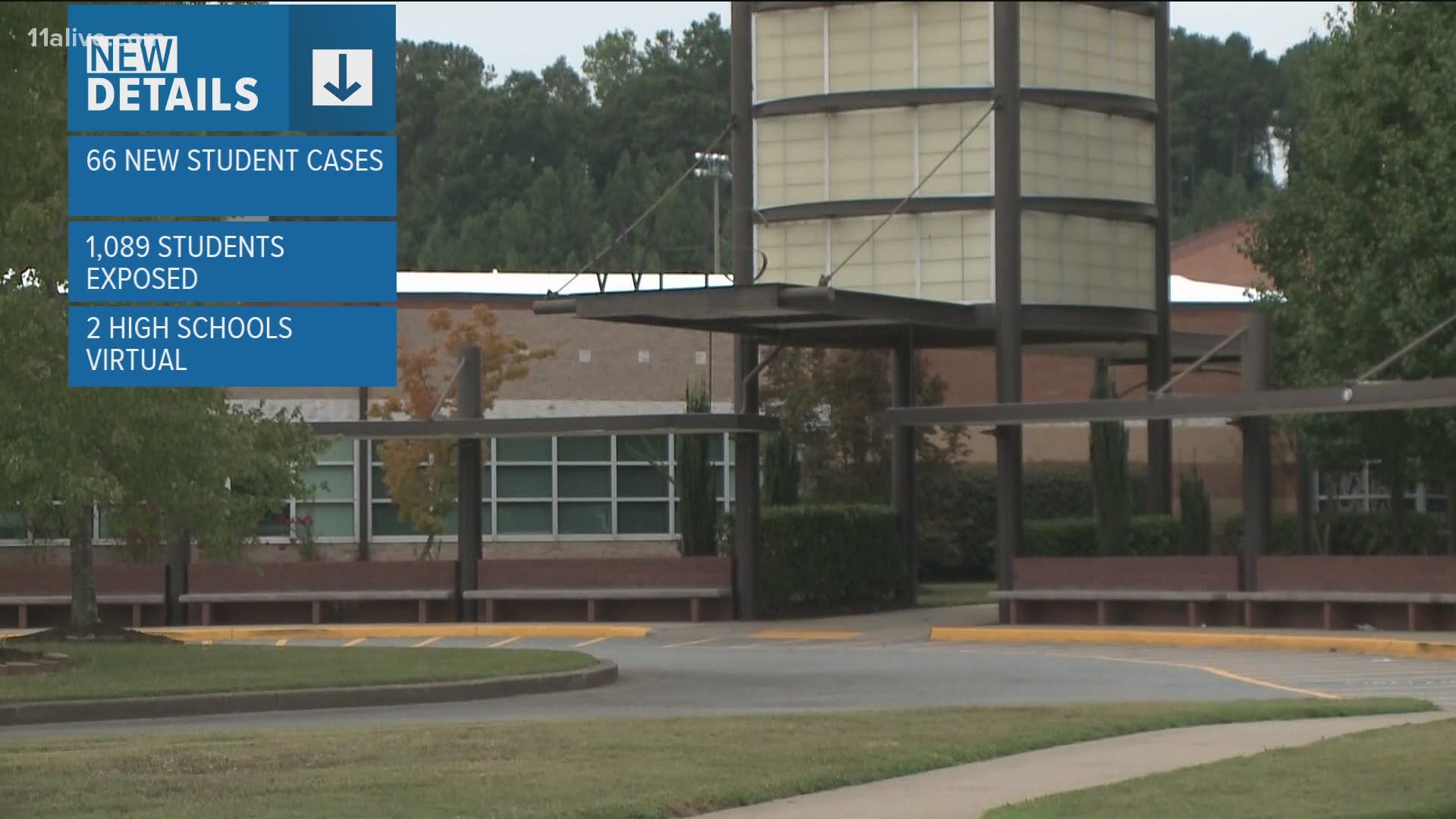 CHEROKEE COUNTY, Ga. — Cherokee County saw 66 new student infections in its second week of classes, more than three times the number its first week, and more than 1,000 exposed students are now in quarantine.

The county released its latest numbers on Friday, at the end of a second week that saw two high schools close until the end of the month over COVID-19 outbreaks.

According to the list of cases, there were 66 new student positive tests this week, nine teachers and four staff, a total of 79. The first week saw 20 positive student tests, seven teachers and one staff, for 28.

RELATED: Woodstock High School to close until Aug. 31, with more than a dozen confirmed COVID-19 cases

The cases have resulted in 1,089 other students going into quarantine, as well as an additional 17 staff.

According to the county data, 13 of the new student cases originated at Woodstock High School, which closed on Wednesday until Aug. 31.

Etowah High School, which also closed on Tuesday until Aug. 31, had 15 cases listed in the report.

A message from Superintendent Brian Hightower was posted on the Cherokee County School District's website on Tuesday after the announcement was made that the school would temporarily close.

"This decision was not made lightly; it was made with the support of School Board Members, and was determined, as all of our quarantine decisions are made, in consideration with the Department of Public Health," the message said.

Hightower has said the district will be transparent about about the situation and encouraged others to stay home when they are sick.

"We need our entire community to help us keep our promise – we need you to stay home when you’re sick; get tested if you’re symptomatic; report your child’s positive test to our school; follow the quarantine and limit interaction with non-family members during this period; social distance when you can and wear a mask when you can’t," he said in the letter.