An 11Alive viewer shared a photo with us, showing a large crowd of people on the banks of the river, appearing to not be adhering to social distancing guidelines. 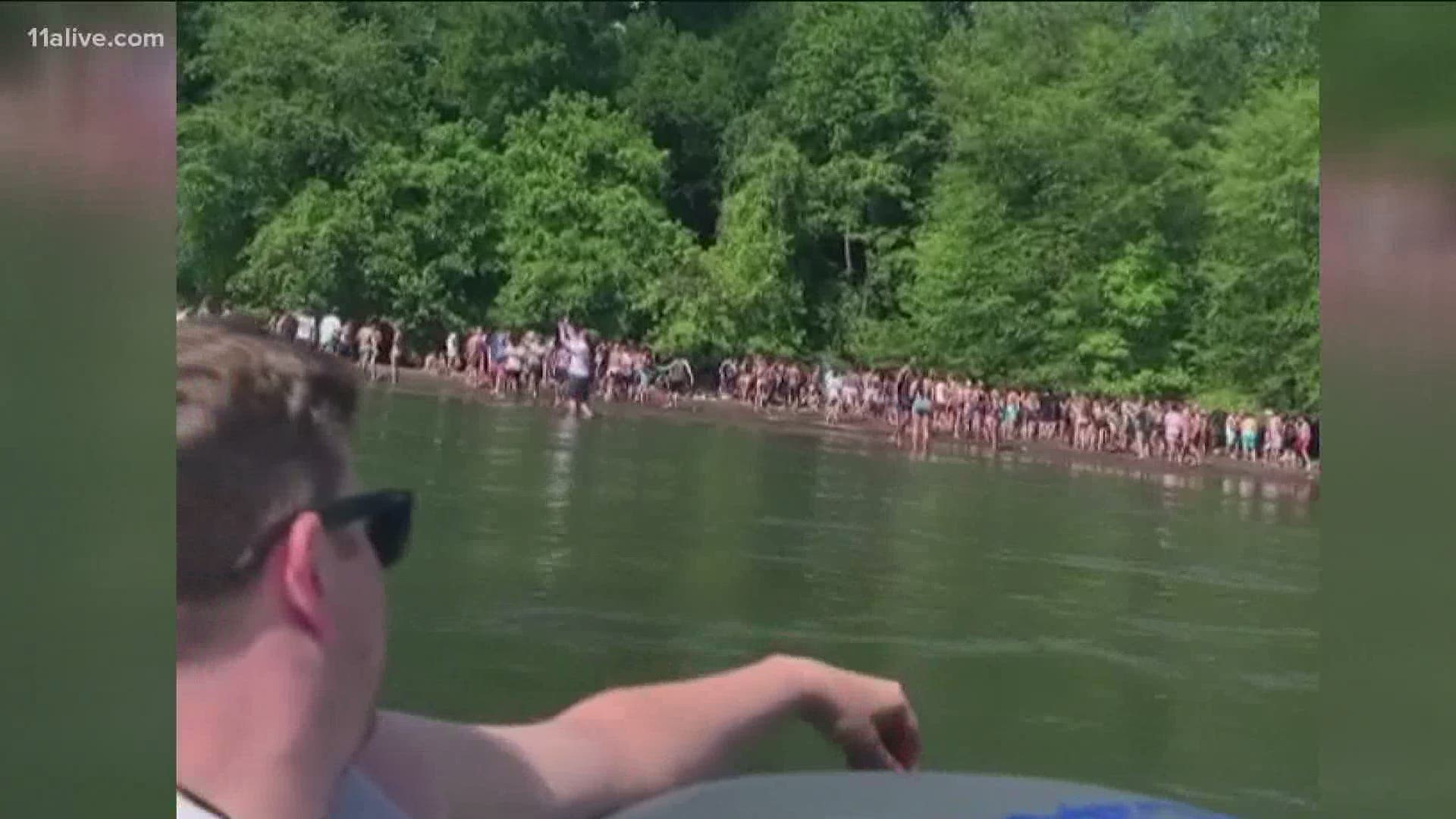 ROSWELL, Ga. — The City of Roswell is responding and promising to find solutions after getting several reports of large groups gathering along the Chattahoochee River over the weekend.

An 11Alive viewer shared a photo with us, showing a large crowd of people on the banks of the river, appearing to not be adhering to social distancing guidelines. It's unclear from the photo, due to the distance from which the photo was taken, whether they were wearing masks.

A public health emergency is in effect for the state until June 12. Businesses, establishments, corporations, organizations and local governments cannot allow more than 10 people to gather in a single location unless there is at least 6 feet between each person, according to the order.

On Monday, the city responded to 11Alive's inquiry, saying that they did receive reports from concerned residents about large groups of people gathering at the shoals of the river off Riverside Road.

Credit: Provided
An 11Alive viewer shared a photo of crowds along the Chattahoochee River in Roswell from over the weekend.

"Among the many concerns our residents shared (On Facebook and Nextdoor) was that these gatherings had led to dangerous parking issues along Riverside Road," the city said.

According to the spokesperson, city leadership is now working with the National Park Service, who they said has jurisdiction over the river and the affected area, "to find the best solutions to ensure the health, safety, and welfare of residents and visitors."

The city added that over the next two days, it will be posting "no parking signs" along Riverside Road. In addition, it said Roswell Police officers will be patrolling the area to enforce the parking rules and assisting National Park Service Rangers, on the park property, if needed.

As for whether there were any disciplinary actions for members of the group, when we asked the Georgia State Patrol, told 11Alive they did not get any calls about the crowd, thus they did not respond.

While Georgia has seen some success in flattening the curve of the spread of the virus, health experts still warn that wearing masks and maintaining social distancing is still the best way for Georgians to prevent further outbreaks in the state.

Current hospitalizations for COVID-19 in Georgia dip below 1,000