The ship was carrying 3,700 passengers, and a total of 64 passengers have tested positive for the Wuhan coronavirus. Clyde and Renee Smith were among them. 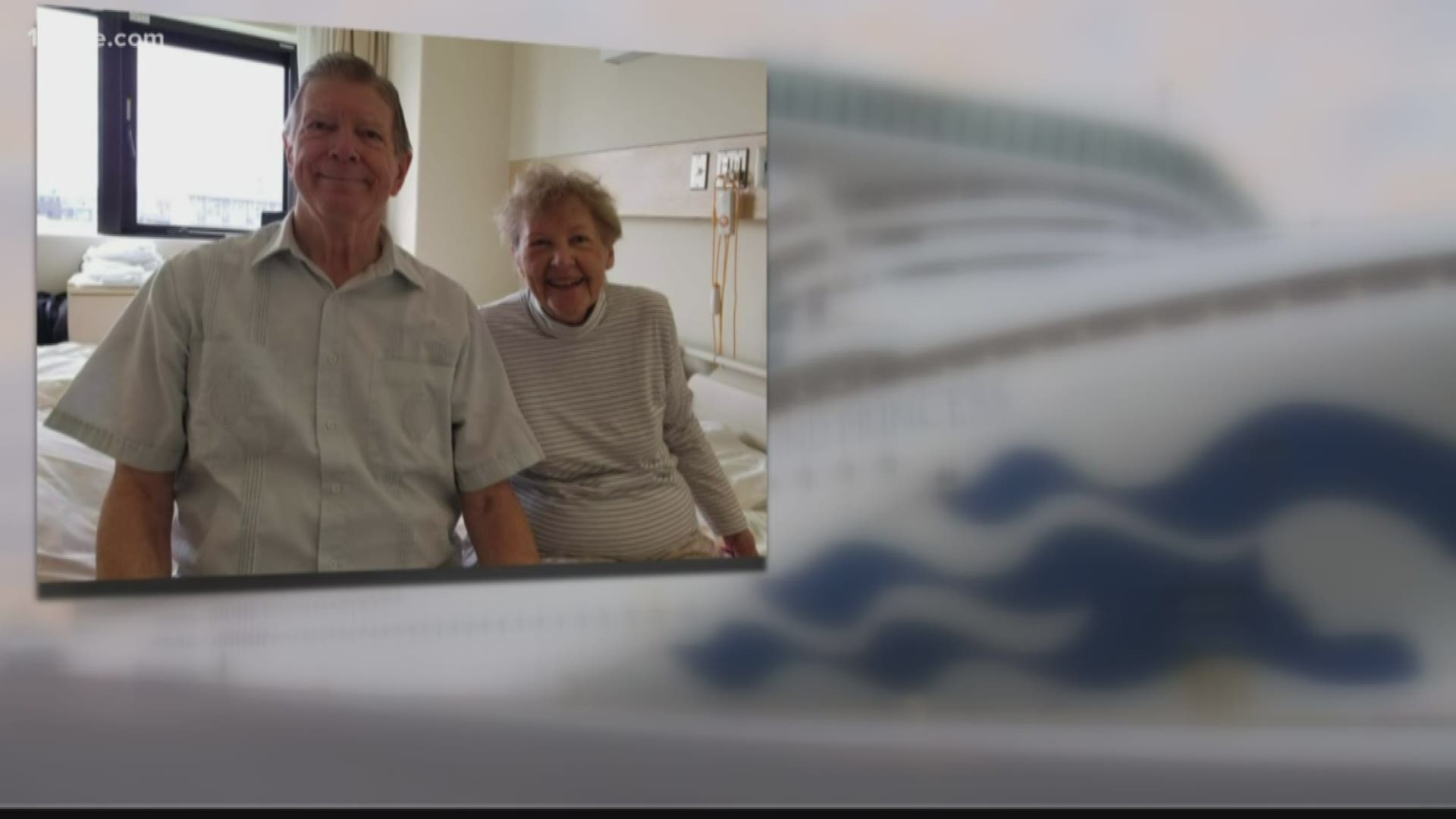 ATLANTA — A couple from Atlanta is recovering in a Japanese hospital after testing positive for the deadly coronavirus while on a cruise.

Their adult grandchildren are still on the ship, which is docked south of Tokyo, where passengers are being quarantined.

The Diamond Princess cruise ship was carrying 3,700 passengers, and a total of 64 passengers have tested positive for the Wuhan coronavirus.

Clyde and Renee Smith were among those that tested positive, and have been in the hospital for four days now.

VERIFY: Is the coronavirus in Rome, Georgia?

11Alive's Joe Henke spoke with the couple's son over the phone Wednesday afternoon, who said they're remaining optimistic about the situation, despite the gravity of it.

"Obviously when they tested positive, I was very, very concerned. Very scared," David Smith told 11Alive from his home in Macon.

David explained that his parents, both "very young, energetic, healthy" 80 years old, both tested positive after leaving the cruise ship to head out on an excursion.

"The original person that tested positive was on that bus with them for the excursion, so they tested everybody that was on the bus and that is why they tested them first," he said.

RELATED: Health officials: About 200 people in Georgia are 'self-monitoring' for coronavirus symptoms

Once at the hospital, David said his dad's health took another hit.

David said his two adult nephews, who traveled with his parents, are still on the cruise ship in quarantine. They're expecting to be there for at least another week.

RELATED: What are the symptoms of the Wuhan coronavirus?

As nurses continue to monitor his parents, David said, currently, they aren't showing any coronavirus symptoms. He added that he is overwhelmed by the support though they're receiving.

"My parents are the most incredible, kindest people I know," he said. "Because of that, they're loved by so many people. It is almost like a full-time job answering everybody that is calling, checking on them, praying for them and just want to say thank you for everybody's prayers and concerns."

RELATED: Coronavirus screening at Hartsfield-Jackson: Here's what it will look like

David said the hardest part is being so far from his parents as they're in the hospital, but he has been told, even if he went to Japan, they wouldn't be able to see visitors.

With every phone call he receives, David said their condition continues to improve, which he says is promising.

They were supposed to be celebrating adoption day, but the coronavirus halted plans.

She's in Atlanta. Her sons' father is in China. 'They're emotionally drained' over coronavirus concerns

Did Lysol already know about coronavirus and can its products really fight it?

VERIFY: Can coronavirus be spread by packages shipped from China?