All employees and children over the age of two would be required to wear masks under the measures. However, the official say-so will come from the school board. 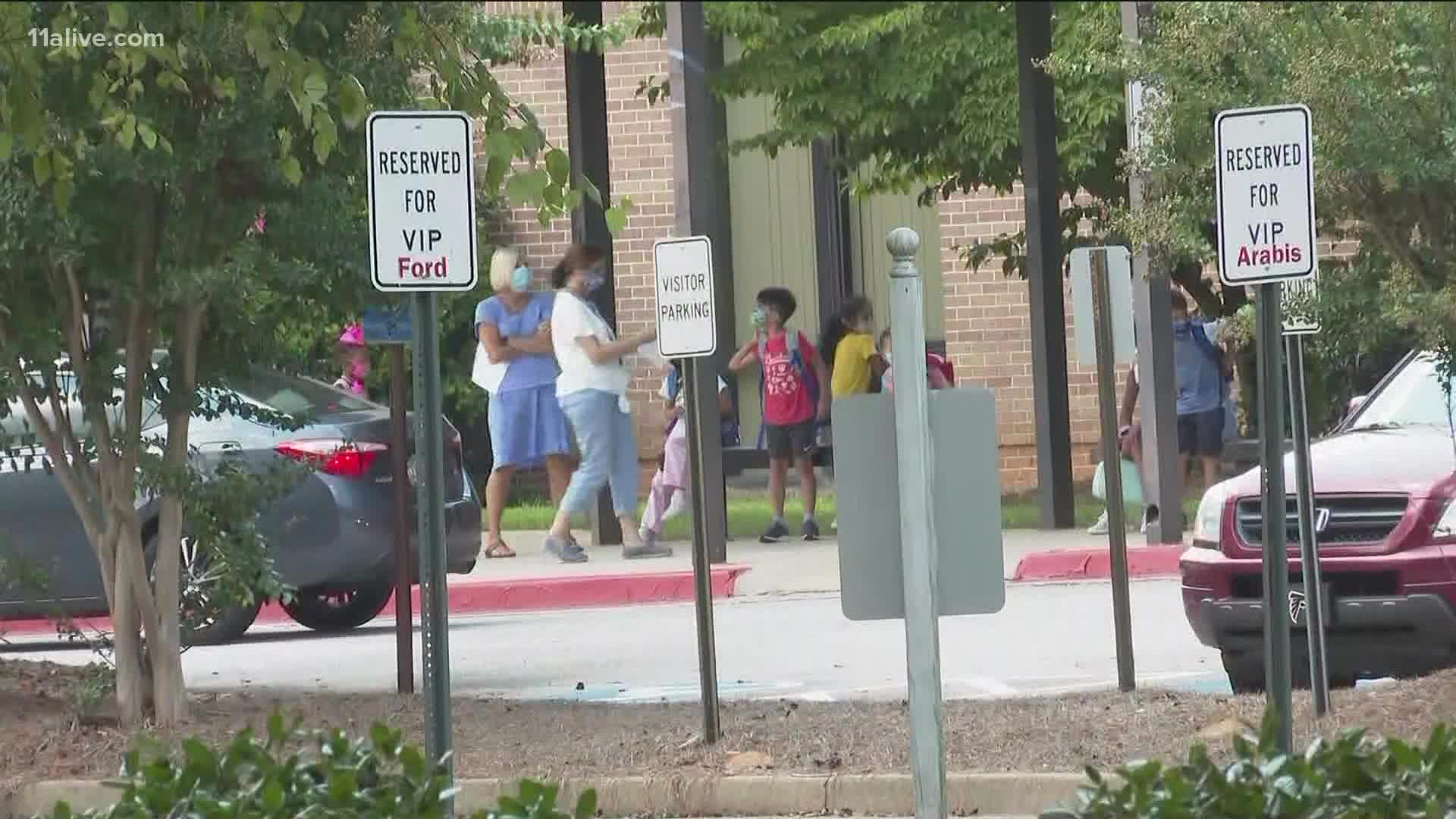 COBB COUNTY, Ga. — The Cobb County Board of Health approved new measures to help prevent the spread of COVID-19 in the community. The new measures would adopt the Centers for Disease Control and Prevention and the American Association of Pediatrics recommendations on schools -- which includes wearing masks in schools -- in order to save children’s lives from the virus.

Superintendent of Cobb Schools Chris Ragsdale, who is also a member of the Cobb County Board of Health, abstained from the vote because he said he didn’t get a copy of the final version to read through in time. However, he added that schools are already using seven of the eight recommendations from both agencies. The only recommendation they weren’t using is a mask mandate for all employees and children over the age of two.

The new measure would apply to public, private, and charter schools in the county. However, the official say-so still comes down to a vote from the school board.

Essentially, the Board of Health's meeting and passing of the measure lets the community know where they stand on the issue of COVID protocols in schools. But in the end, the decision ultimately comes down to whether the school board will vote to implement a mask mandate.

“Our public health officials made it very, very clear that we are in an emergency and we have to do more to keep our kids and keep our community safe," said school board member Dr. Jaha Howard.  “I hope we listen. I’m one of seven board members and I hope we come together and do what’s right.”

Before the county health board approved the measures, 11Alive spoke to some parents who said they wanted to remind health officials that their kids aren't disposable and that this is a matter of life and death.

“They don’t have a voice, we are their voice and we’re not doing a good job. It’s divided on one end to the other, this is a war," said parent and oncologist Sujatha Hariharan.

“I think it’s the frustration that we are almost like the laughing stock of the state and part of the country that we can’t even come together as a group of adults to help keep kids in school and keep them safe, added Hariharan.

Tuesday's meeting came as the district reported active COVID-19 cases in the thousands for the third consecutive week in a row, and after the county issued a 30-day emergency declaration on August 19.

Some parents said their children have been out of school more days than they've been in school because they're too young to get the vaccine.

“I wake up with my heart beating fast almost every single day," said parent Carianne Tucker. "Do I put him on the bus today? Do I send him to school today?"

State data from the Georgia Department of Public Health shows there's been a significant increase in pediatric testing in Cobb County in August compared to July.

“One of the largest numbers that we have here is age 5-17 in our K-12 school-aged children. The case rate is 1,434, which is almost twice what we’re seeing in the community," said Dr. Janet Memark, district director for Cobb & Douglas Public Health. "And the second highest, which is also higher than our community, is the college-aged ranged folks. So, it shows us there is a lot of significant transmission in these groups.”

About 51% of the population in Cobb County is fully vaccinated.

"My worst nightmare is that we fill up the ICUs and the ERs and children's hospitals and then we don't have any space for children in need of other care or specialized doctors to help them," parent and pediatrician Laura Verigan said during the meeting. "The pediatric patient is physically different than a regular patient."

11Alive has reached out to other school board members about the recommendations. We will provide an update when we hear back from them.