During a test period of the system, UV lights activated during the day at one school when they should not have, district officials said. 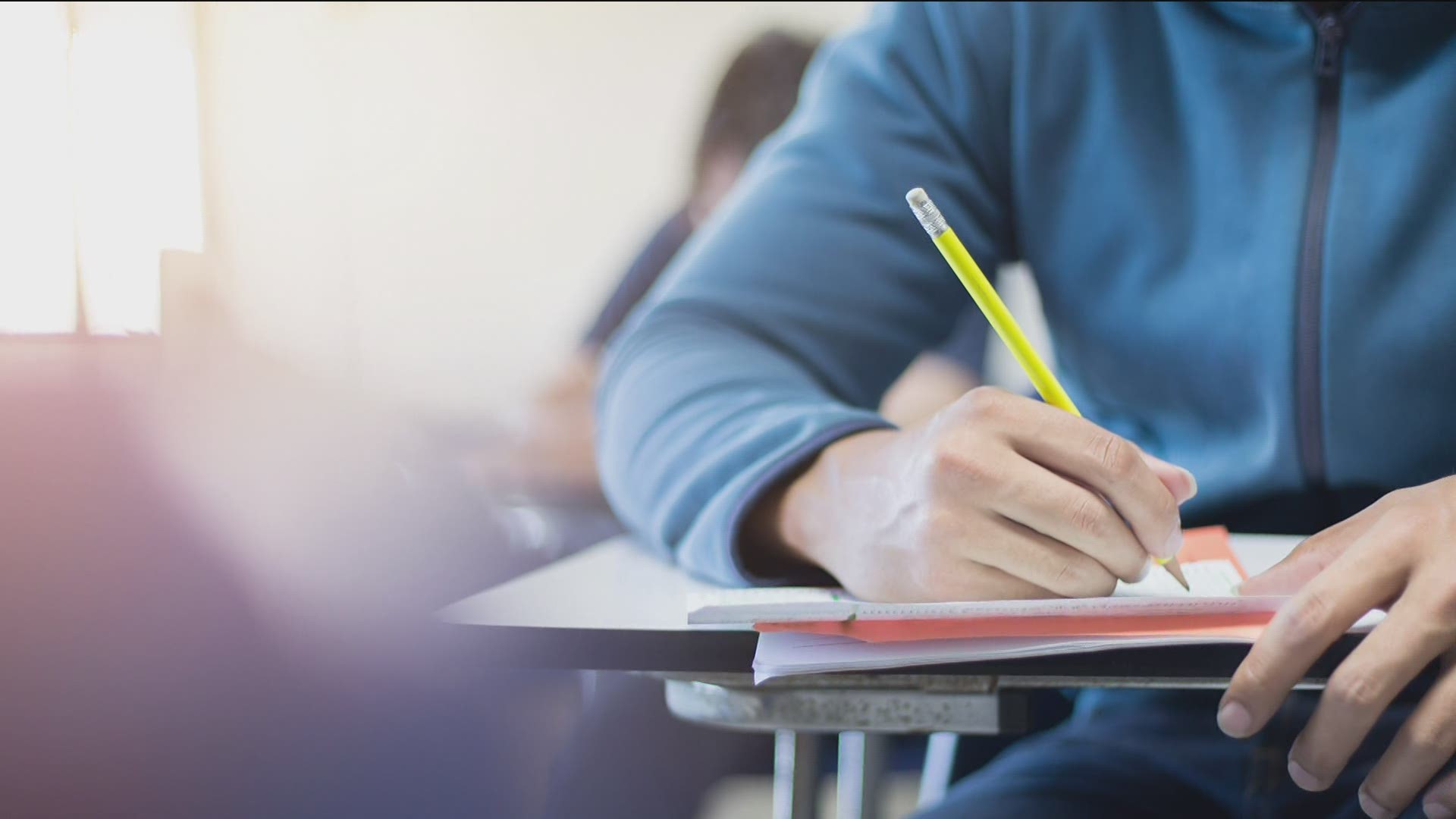 MARIETTA, Ga. — The Cobb County School District has decided not to permanently install an ultraviolet light disinfection system district-wide, after it appears the system malfunctioned at an elementary school during the testing period.

The district said it considered the UV disinfectant method for all its schools as part of a "multi-layered response" to COVID-19. UV light has been used in hospitals, schools, and other facilities elsewhere as a means to eliminate viral and bacterial threats.

According to a release from the school district, the option was appealing to the district because it did not require the daily use of chemicals to clean surfaces used by students and staff.

However, while the proposal selected by the school district - from Kennesaw-based ProTek Life - appeared to meet the district's proposal requirements, an incident during a test period led the district to pass on the company's solution.

The system offered by ProTek Life was one that, according to the school district, could be scheduled to operate at night when facilities were unoccupied, and that included motion detectors in each room as a fail-safe, to ensure that the UV device would not turn on if someone entered the room.

In addition, the proposed solution included timing hardware that they said would prevent activation during unscheduled times.

Prior to installing the hardware district-wide, a test-run was performed in three schools.

RELATED: In Person and remote learning will be offered to Cobb County students next year

However, during this test period, the district said an apparent malfunction occurred at Smyrna's Argyle Elementary School. In that incident, they said, hardware failures led to UV lights turning on in two offices during a part of the day when they should not have. No students were present, but one adult was in the office. In addition, the district said, other UV lights flickered on and off throughout the building in apparent attempts to turn on.

Based on the incident, the school district said it has determined that ProTek's hardware does not meet their needs; it is requesting a refund of money paid to the company under the terms of the contract.

According to the district, ProTek said it believed that the incident only marks a single failure of their product, and that while no one was harmed by the failure, the district said it does not feel what happened meets the standards they have set for safe disinfection in schools.

"We acknowledge the success of the ProTek Life product during the proof-of-concept period and ProTek Life’s belief that this is a single failure of their product. We also appreciate it does not appear any employees or students were harmed by this failure. However, we do not believe even a single failure to meet the high health and safety standard established...is acceptable," the district said in a release.

The school district said it is requiring ProTek to remove all of the installed UV lights from Cobb County schools as a result.