The governor is calling for the public to wear masks, though he did not indicate he would make it a statewide requirement. 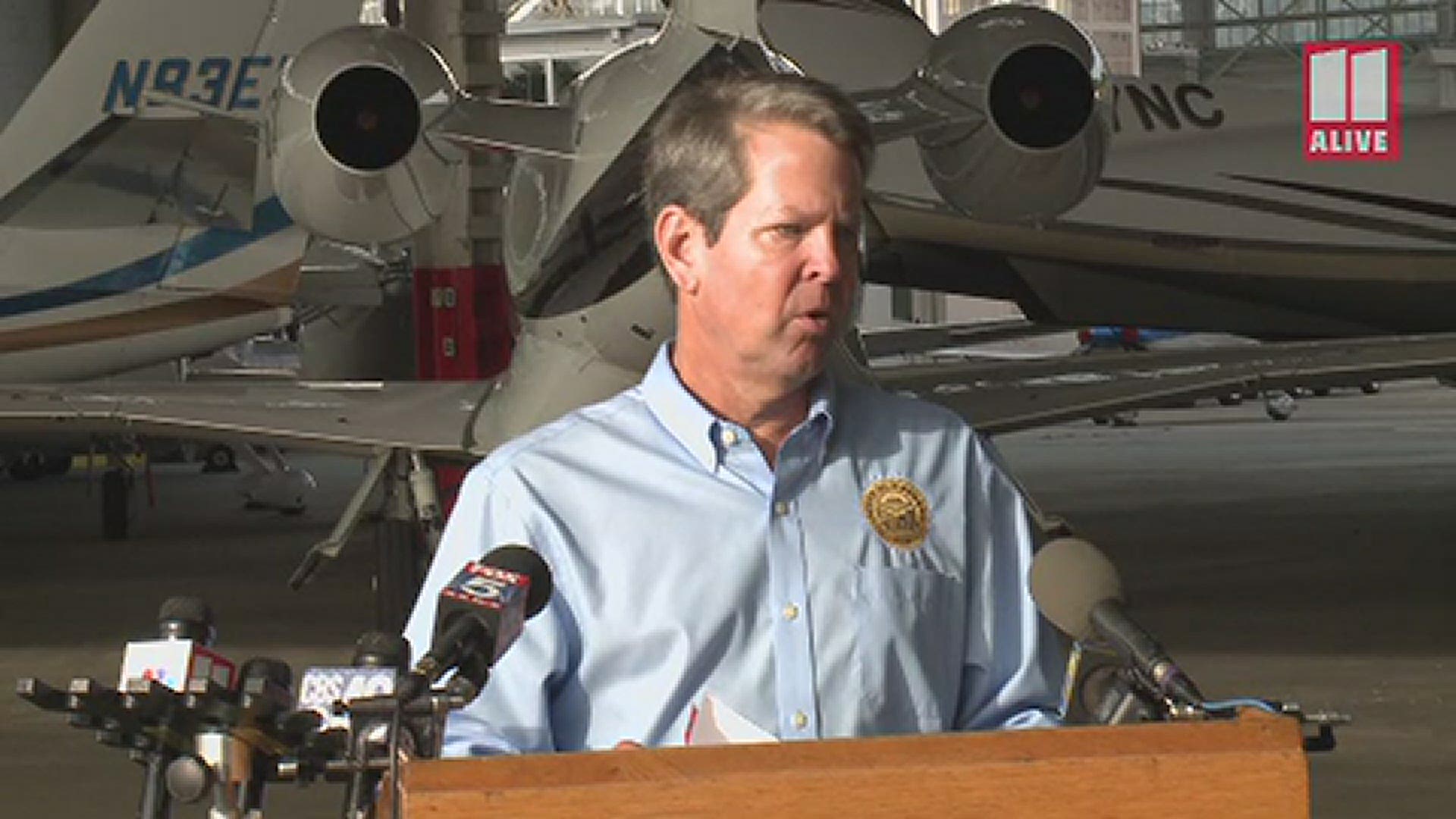 ATLANTA — With Georgia among the states where new COVID-19 cases are rapidly rising, Gov. Brian Kemp said Wednesday college football season could be a "tall task" if the situation doesn't improve.

The governor made his remarks as he and Department of Public Health Commissioner Dr. Kathleen Toomey embarked on a two-day, six-city "Wear a Mask" tour.

After plateauing in the weeks after Georgia initially reopened its economy at the end of April, new cases have exploded - setting a new record for a daily increase in five of 10 days between June 19-29.

Amid that surge, the governor brushed aside the idea of a statewide mask mandate, saying he had not had the time to discuss such an order with his legal team.

"Regardless of what legal action may or may not happen, we shouldn't get to that I think," Kemp said. "We shouldn't need a mask mandate for people to do the right thing."

The governor said that people who had been "itching to get out" as the summer hit "got lackadaisical a little bit."

"Now is the time to renew our commitment. If you're ready for some football in the fall, as I've told my daughters - they keep asking me, 'Dad, do you think we're gonna have college football? Surely we gotta have a season.' I said well if people, especially our young people, don't start wearing a mask when they're going out in public and our numbers keep rising, that's gonna be a tall task," the governor said.

He added that he felt "if we all hunker down right now and dig in" for the next two or three weeks, we could see things reverse. His overall message has been, and the point of the tour is that a critical component of that will be wearing a mask.

So far, organizers have not said how the series will be affected by the pandemic.

When are major sports leagues restarting?