All Georgians should get tested for the coronavirus, health officials announce

Kemp said the effort to test everyone is in accordance with new CDC guidance. 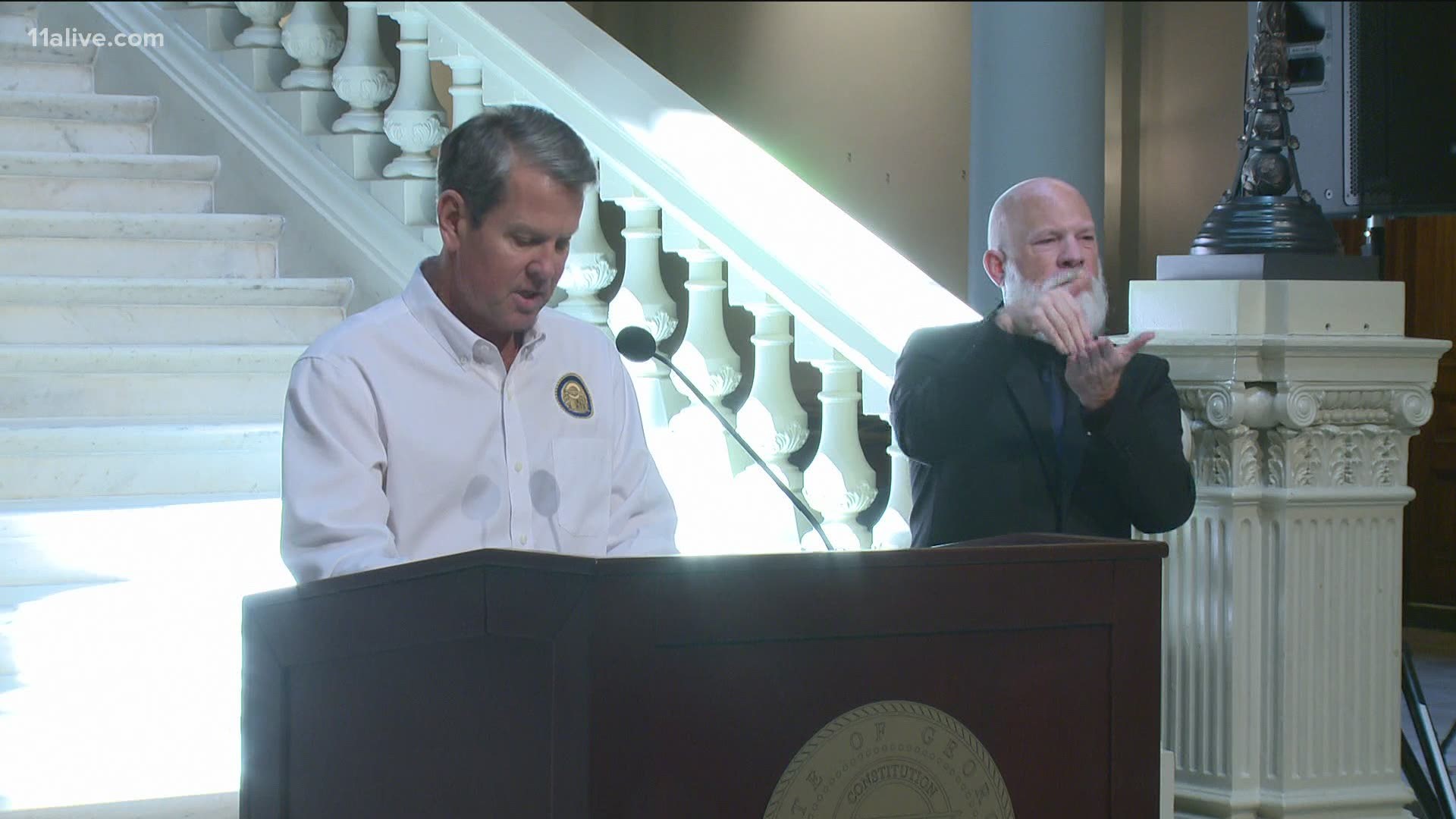 ATLANTA — As part of the Georgia's goal to increase testing for the novel coronavirus, Gov. Brian Kemp said he and the Department of Public Health are encouraging people across the state to get tested for COVID-19, even if they are not experiencing symptoms of the virus.

It comes as the governor announced that the state has seen a record high in testing, thanks to collaboration among the private and public sectors.

"We know we've done a lot better job at testing over the last two weeks, but we've got to keep doing that for us to keep moving forward with the progress in our state," he said.

Kemp said the effort to test all people is in accordance with new CDC guidance. He encouraged Georgians to schedule an appointment with their healthcare provider or local health department.

Georgians also have the option to get screened through the the Augusta University ExpressCare app, meant to streamline the process by directing people to either make an appointment, call the hotline, or just stop by one of the state's roughly 60 testing sites.

Augusta University President Dr. Brooks Keel said the free app has logged 14,000 screenings, so far, and referred 8,300 people to testing. But, with a recent $1 million-donation from the Peach Bowl, Inc. to Augusta University, the school said it will be able to scale up the app and expand the reach to the public.

Georgia Department of Public Health Director Dr. Kathleen Toomey said the state recognized that they needed to broaden out who should get testing, especially when it comes to ramping up contact tracing, which is often initiated by the discovery of a positive test result.

"We want to be able to identify everyone in the community who may be infected, whether symptomatic or not, to make sure we can stop that spread," she said.

Toomey said first responders, health care workers and other vulnerable populations will still be prioritized, but, "We want to ensure that everyone who wants to get tested can get access to free testing."

Toomey, Kemp said, contacted local health directors to ensure they are aware of this guidance.

Now, with the goal of increased testing being met, Kemp said the state's focus has now shifted to increasing the ability to process the specimens collected - something that has not been easy to do.

"We did indeed press our labs," he acknowledge. "This is something we've never been through before. Nobody was prepared for this widespread testing like we're doing."

"Thankfully, we've ramped up our sampling, with over - I think it's sixty-six testing sties around the state. So, we are pushing our labs," Kemp added. "But that's a good thing because we wanted to increase our testing. Now, we're working on increasing our lab capacity, our efficiencies at the labs, expanding the labs."

Kemp expounded, saying that there is a dedicated team that has been working on finding a solution to expanding the state's ability to process the samples.

"As we celebrate the success of partnerships today - Augusta University, Peach Bowl, and Georgia businesses, large and small - let’s remember that building a safer, stronger, healthier, and more prosperous state is a team sport," he said.

Watch the full news conference below.

Why some Americans won't wear a face mask in public