On Memorial Day, how many Atlantans managed to social distance, still enjoy the outdoors

On a day known for drawing massive crowds outdoors, metro Atlanta residents did just that while also taking precautions. 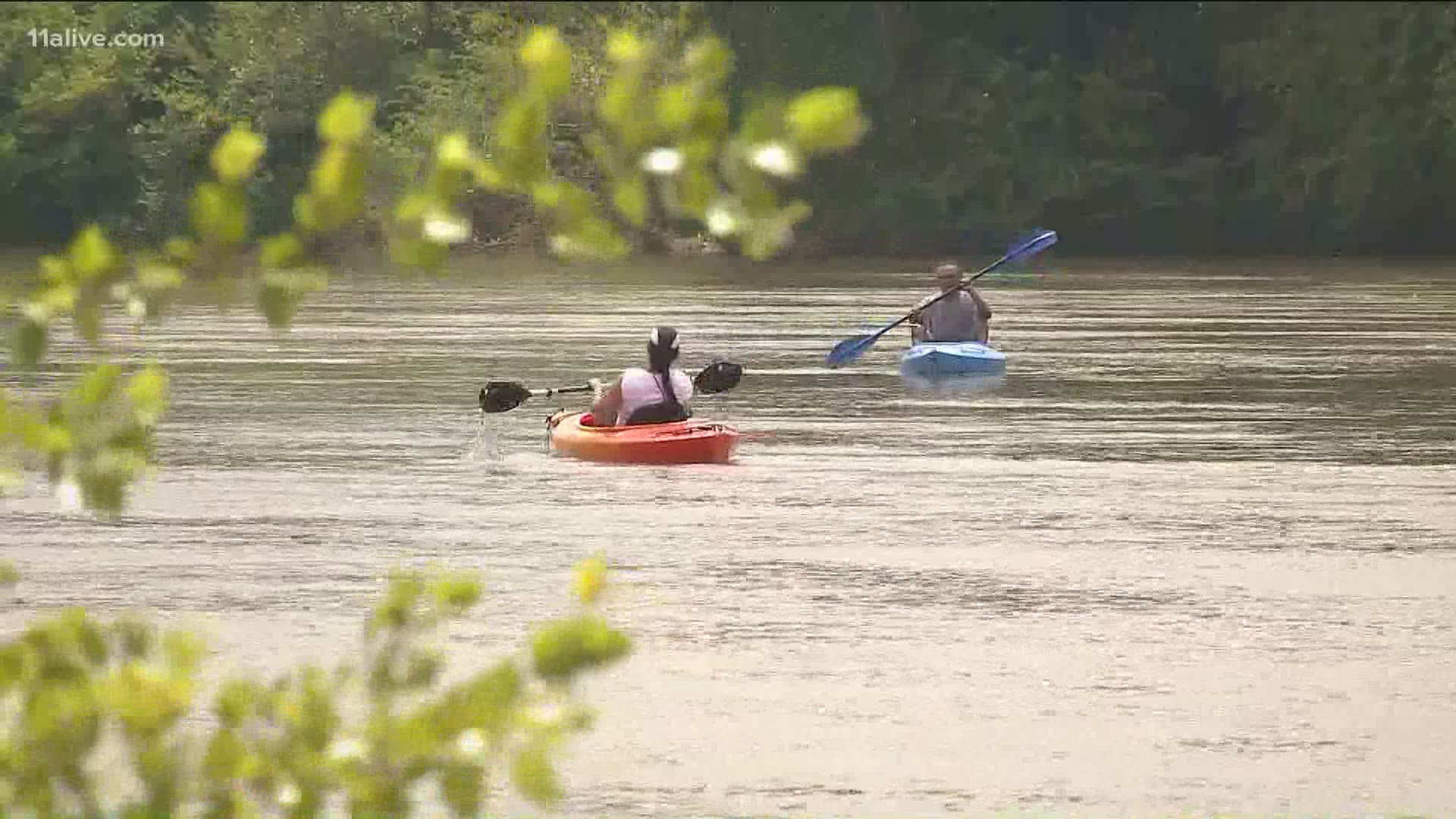 ATLANTA — Many in Atlanta spent the Memorial Day holiday outside, having picnics, riding bikes and running, kayaking on the river, or hitting the pool.

But, amid the coronavirus pandemic, how can you do all that and still maintain a social distance? Smaller crowds on the Chattahoochee helped, said kayaker Milton Grant.

He said Monday was the first time they've taken out their kayaks all year and he's surprised that more people weren't out there.  And he says they feel safe while kayaking from catching COVID-19.

“Everybody is six feet away from everybody else so I don't see a problem if you can get out and keep a social distance to get out,” said Grant.

Along the river in Roswell, the covered picnic tables were closed and taped off as were the playground areas, but other families were using the tables that were far apart.

11Alive spoke to Jack and Eve Rives as they were walking along the river. They said people were keeping a safe distance.

“It’s probably less crowded out here than a typical Memorial Day, but there's still a number of people who are enjoying the beautiful day out here,” Eve said.

A local private club pool in Midtown is opening up this weekend for the start of summer. But it will have extra safety measures in place like checking the temperatures of everyone before they can even enter the gate, having everyone sign a waiver, spacing chairs and families six feet apart on the deck and limiting the number of people, overall, using an online reservation system.

They even had a disk jockey on the deck for Memorial Day reminding everyone over the speakers to keep it safe for members and staff.

And there were people in Piedmont Park throughout the day, playing frisbee and having picnics. But they were mostly in small groups - and the groups were not close together.

The busiest areas throughout the day were paths where people were exercising like one along the Chattahoochee River or on the Atlanta BeltLine near Piedmont Park.

Time to be vigilant: Vehicle thefts spike during coronavirus pandemic