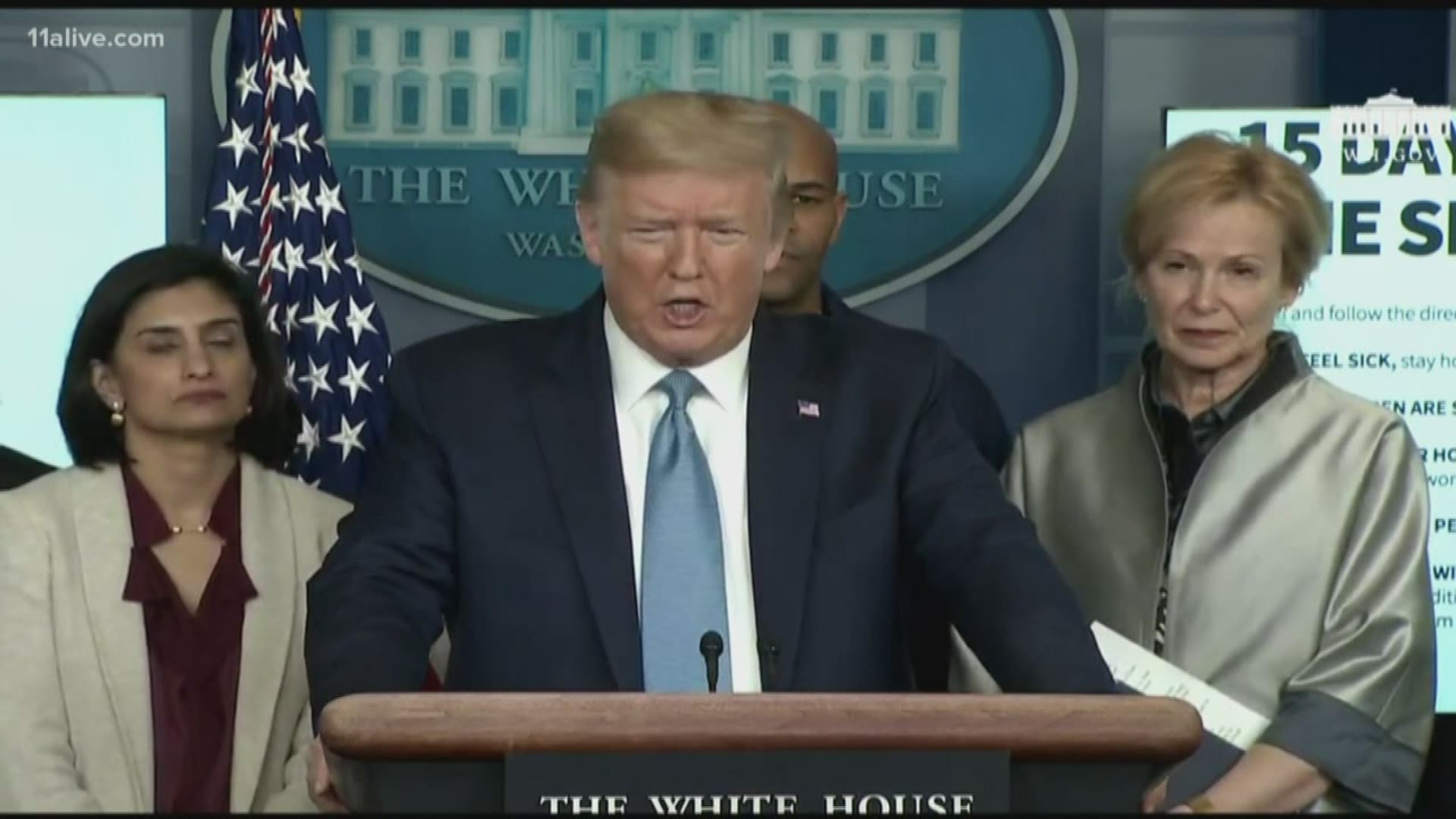 ATLANTA — One of the nation's leading infectious disease doctors says the U.S. needs to shut down for as long as a month or we could be setting ourselves up for a national malaise that could last six or even eight months.

"We need to do a close down of the country which we really haven't done," Dr. Del Rio said.

If we don't, Dr. Del Rio offered a grim picture of the rest of the year.

"We could start emerging out of it in a month. It's not going to be immediate, but we could start seeing the light at the end of the tunnel," he said. "The way we're doing it haphazard - somebody does this, somebody does that, nobody does it consistently - I worry that ... it feels like a little bit like we're in a sort of a swamp. I think we may be stuck in the swamp for quite some time, six months, eight months."

The Emory expert has previously called on Georgia Gov. Brian Kemp to shut down the state, warning its health system was nearing a catastrophic point of "no return."

On Monday, Kemp announced a partial shelter in place, applying to residents considered most vulnerable to COVID-19.

Spelling out a national worst-case scenario, Dr. Del Rio said without proper action we could face the worst of both worlds - medical and economic.

"The worst-case scenario is that we don’t control this virus and we go into a big recession or a depression. I think that would be a double whammy right," he said. "We don't control the infection and we have an economic slowdown that leads to a depression and 30 percent unemployment and many other things.

'Better than a bandanna, a scarf or a homemade mask': Ga. dentist creates 3D template to help mask shortage

Atlanta stay-at-home order: What can I do, and what exactly is 'essential'?

'We're up here risking our life for chicken': Georgia plant employees walk out over coronavirus concerns