As public places reopen, Gov. Brian Kemp and other state officials continue to encourage Georgians to social distance and limit the number of people gathering. 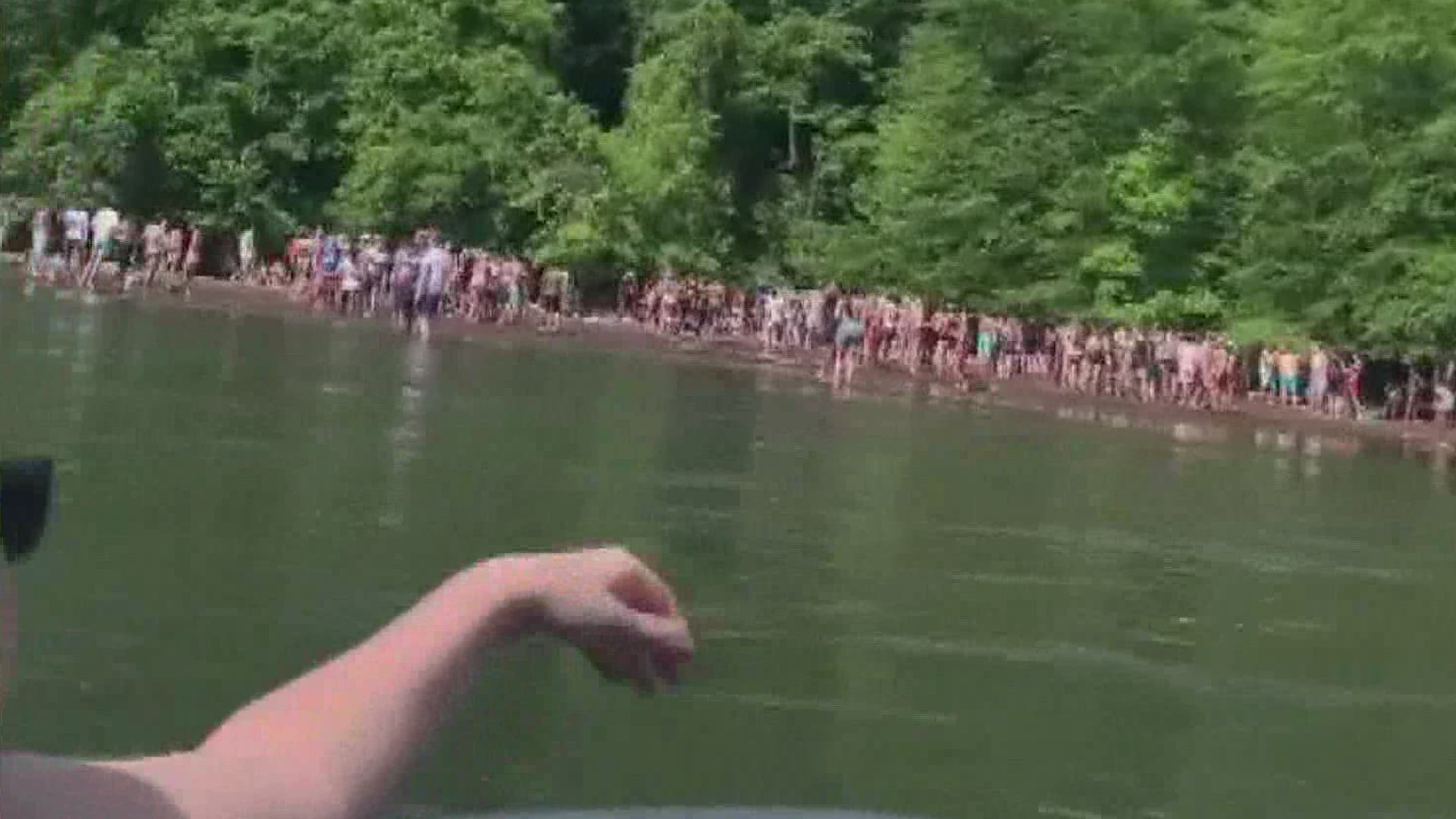 ATLANTA — The Atlanta Botanical Garden in Midtown became the latest public gathering place in the Atlanta area to reopen on Monday.

A few brief showers perhaps limited turnout, but the garden welcomed members back in the morning. Tickets will go on sale to the general public starting Thursday for admission as early as Saturday.

As with many other re-openings, the garden's return to business comes with a list of guidelines.

Masks are strongly recommended for everyone older than 2-years-old, guests are expected to social distance, many walkways will be one-way only, and indoor exhibits will remain closed. Tickets are also being sold for designated time slots. Ticket holders that miss their time slot won't be guaranteed admission.

The Atlanta Botanical Garden re-opened as the 11Alive Newsroom continues to receive viewer tips, photos, and videos of large crowds gathering despite the state's guidance to continue social distancing and not gathering in large groups.

Zoo Atlanta also re-opened with a similar ticketing process and recommendations in place on Saturday.

Elsewhere that day, an 11Alive viewer sent in a video of dozens of people, standing close together on the shore along the Chattahoochee River near Roswell. The group appeared to be enjoying the sunny, warm weather along the river.

Smaller public gatherings, though, are also grabbing attention due to COVID-19 related incidents as the state reopens.

A spokeswoman for the City of Chamblee confirmed a person who attended an in-person city council meeting on Thursday has since tested positive for the virus.

The spokeswoman said the city held the meeting in-person based on legal advice from a city attorney.

At the meeting, public comments were accepted via e-mail and in-person, temperatures were taken of everyone who attended before entering, staff attendance was limited, chairs were spaced 10 feet apart and sanitizing products were distributed.

According to the city, a person who attended the meeting without showing any symptoms wore a face mask and socially distanced but, on Friday, became symptomatic and tested positive for COVID-19 on Sunday.

The city has since notified people who attended the meeting.

Part of the city's statement read, "All city employees who attended, including the city manager, will self-isolate for 14 days, and the civic center will be cleaned and will remain closed for 10 days. We believe the protocols and precautions taken at the meeting limited potential exposure, but we take this matter very seriously and will continue to monitor."

State parks are also working to control crowds and because state parks never completely closed as a result of the COVID-19 pandemic, they have been one place people already were heading to throughout the last several weeks and months for recreation.

An 11Alive viewer sent in an e-mail describing crowds heading to Sweetwater Creek State Park for several weekends in a row, even with the shelter in place order in effect.

"For weeks, we have watched as the park rangers turn away vehicles when the park is full, or if there is no more available parking. Now, these visitors have taken to parking all along Mount Vernon Road (and adjoining streets) which is a VERY busy and curvy road.  The vehicles continually park in our ditches, blocking our driveways, stomping our plants, leaving trash, and not worrying about our property," the viewer wrote.

Jeff Cown, director of Georgia State Parks and Historic Sites said they're working to limit the amount of the people entering the parks and want to limit the stress park neighbors are dealing with.

Cown said the number of cars allowed to enter Sweetwater Creek's parking lot is being limited to support social distancing.

The park's close proximity to Atlanta increases its popularity.

"Once capacity is met, this is for the day-use areas, we temporarily restrict access to them to hopeful have the ability for folks to be able to get and hike, recreate and bike and have the ability to social distance," he said.

He added GADNR worked with GADOT to place hundreds of orange barrels along the roadways leading to the park entrances to discourage parking in ditches and on the roadside.

There are also signs posted to tell people when the park is full and ask them to follow CDC and social distancing guidelines.

A change starting this upcoming weekend he hopes will stop people from parking where the orange barrels end and then walking up to the park.

"Going to try to have a DNR officer at the two entrances this weekend to dissuade that walking into the park," Cown said. Because once I set a limit and say it is full, access should be cut off."

Bull riding may be 1st US professional sport to welcome fans