More than 95% of all of Georgia's 159 counties have high levels of community transmission, according to the report. 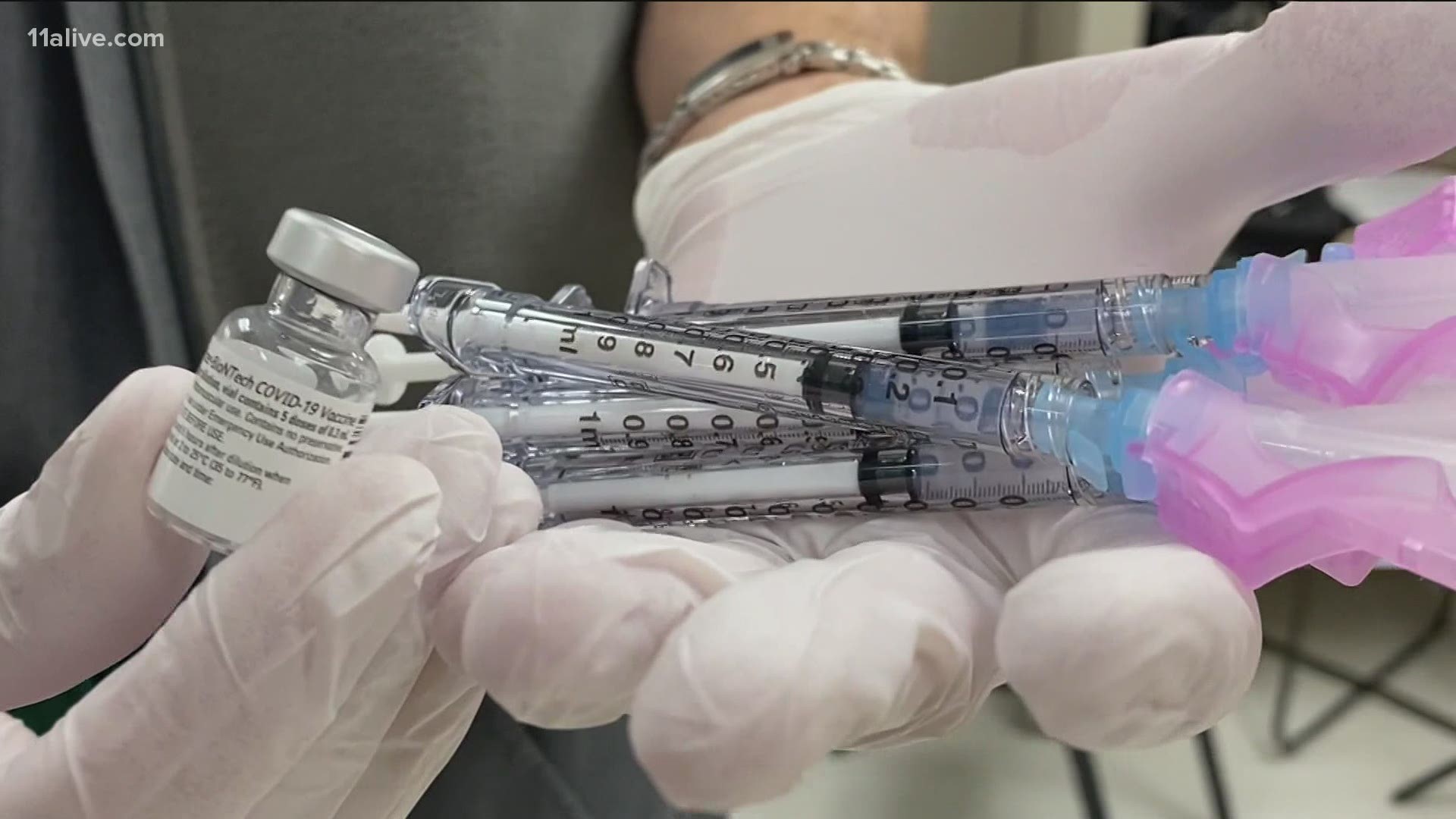 ATLANTA — Georgia is seeing a "full pandemic resurgence" in the state, according to the latest report from the White House Coronavirus Task Force.

The new report, released Jan. 3, says that the state has seen "high new cases despite a significant decline in testing, an increase in test positivity, and rapidly rising COVID hospital admissions."

"All are consistent with a full pandemic resurgence," the report said.

More than 95 percent of all of Georgia's 159 counties have high levels of community transmission, according to the report. Meanwhile, the state's test positivity rate is the eight-highest.

At its current levels, the report said the fall/winter surge of cases has been nearly twice the levels of those over the summer.

"This acceleration suggests there may be a USA variant that has evolved here, in addition to the UK variant that is already spreading in our communities and may be 50 percent more transmissible," the report said. "Aggressive mitigation must be used to match a more aggressive virus."

Without "uniform implementation of effective face masking" the task force warned the epidemics could "quickly worsen" as the variants spread and become predominant.

As with previous recommendations, the task force stressed aggressive testing among those under 40 years old, who are more likely to not have symptoms and can spread the virus unknowingly.

"No vaccines should be in freezers but should instead be put in arms now; active and aggressive immunization in the face of this surge would save lives," the report said.

As of Jan 2, 445,550 vaccine doses have been distributed to Georgia, according to the report; only 75,157 individuals have received the first dose.