Coronavirus in Georgia on May 28

Here's the latest COVID-19 data from the state. 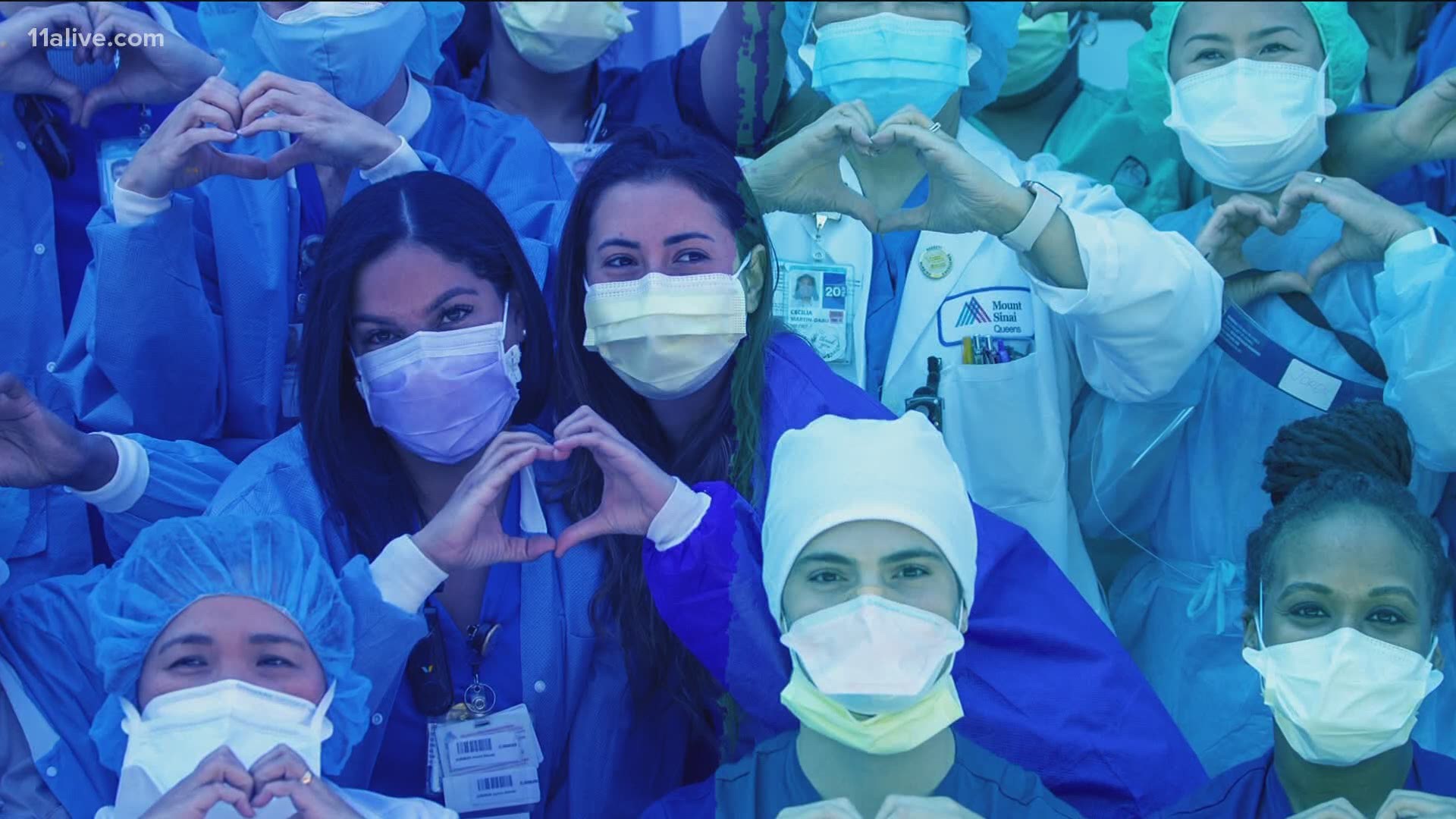 ATLANTA — Below is an archive

Visit the 11Alive coronavirus page for comprehensive coverage, find out what you need to know about Georgia specifically, learn more about the symptoms, and keep tabs on the cases around the world.

We're breaking down the trends and relaying information from across the state of Georgia as it comes in, bringing perspective to the data and context to the trends.

State and federal officials with the Atlanta-based Centers for Disease Control and Prevention (CDC) are continually monitoring the spread of the virus. They are also working hand-in-hand with the World Health Organization to track the spread around the world and to stop it.

According to the latest data from the Georgia Department of Pubic Health, there are currently 45,266 cases of COVID-19 in the state. The state says that 1,973 people have died, with another 7,829 people hospitalized with the virus.

For a county-by-county breakdown of the cases, you can view our interactive map.

The Fulton County Jail unveiled its first thermal imaging cameras that will scan temperatures of everyone entering the jail facilities.

The devices, that resemble large mobile telephones, were installed Thursday and may be the first to be used at any jail in Georgia.

According to the sheriff's office, the thermal cameras are located at the front and back entrances of the main jail and the South Jail Annex in Union City. These new devices, the sheriff's office said, are phasing out the touchless thermometers that were previously used to read the temperatures of inmates, law enforcement officers delivering inmates, employees, and other visitors to jail facilities.

"Use of the thermal imaging cameras is a much safer method," the sheriff's office said, noting that the touchless thermometers required closer interaction.

The machines alert when someone has a fever, which is a known symptom of the COVID-19.

Sheriff Ted Jackson said new these tools are part of measures being taken to control the introduction and spread of the virus into the jails. More of the cameras will be installed in other high traffic areas in the facilities.

State to move to once-daily update on COVID-19

For many weeks, the Georgia Department of Health has been updating state data on COVID-19 multiple times a day. Gov. Kemp said the DPH will now be moving to a daily 3 p.m. update on the COVID-19 website.

"This change will give (DPH) more time to coordinate with healthcare facilities and providers to verify information and check its accuracy before publication," Kemp said.

Gov. Brian Kemp is moving forward with reopening Georgia, as he announced new moves to allow more public activity to resume across the state.

Though the governor announced that he is extending the public health emergency through July 12, Kemp said that the state will allow an increase in the number of people at public gatherings, bars and restaurants to reopen, limited sporting operations, and some summer classes. Kemp said he made the decision based on what he called "favorable data."

Most of those moves come with strict guidelines, Kemp said. Here is a wrap up of the most important developments.

Gov. Brian Kemp announced he was easing restrictions on those venues and several others on Thursday. Amusement parks were among the last set of businesses to remain strictly closed in Georgia on the governor's orders.

Those closures had been extended twice, first at the end of April when the governor lifted his original shelter-in-place and again in mid-May. Kemp also announced Thursday that bars and nightclubs would be allowed to reopen beginning next Monday, June 1.

The governor said there would be 33 mandatory requirements for amusement park operators to follow, following on detailed sets of operating guidelines for other high-traffic businesses.

Georgia bars and nightclubs can officially reopen starting next week, on Monday June 1, if they comply with a range of restrictions, Gov. Brian Kemp announced on Thursday.

Closures of those specific businesses, along with performance venues - which will remain closed - were extended twice, once at the end of April when the governor lifted his original shelter-in-place and again in mid-May.

The governor said that bars and nightclubs "can reopen if they comply with strict sanitation and social distancing rules."

He said there would be 39 mandatory measures "to ensure patron well-being."

For several weeks, gatherings of more than 10 people in a single location had been banned in the state unless the six feet of social distancing was able to be observed. With new measures, Kemp said  that limit would be bumped up to 25 on June 1, opening the door to small weddings, recreational sports and similar events to resume.

Gov. Brian Kemp is extending the public health state of emergency until July 12.

It's the third time the governor has renewed the state's first-ever public health emergency.

"This declaration plays a critically important role in our battle against COVID-19. It allows for enhanced partnerships between the private and public sectors for our healthcare infrastructure, procurement of supplies, and coordination across all levels of government," Kemp said.

Watch him make the announcement in the news conference below.

With the June 9 primary 12 days away, the secretary of state’s office says there are still more than 50,000 voters around the state who have asked for, but haven’t yet received, absentee ballots.  And the advice they’re getting is to just wait – and don’t vote in person. At least not yet.

Vice President Mike Pence will be in Georgia again on Friday, exactly one week after he was in the state for a lunch and business roundtable.

According to the White House, Pence will arrive at Dobbins Air Reserve Base in Marietta shortly before 10 a.m., and then attend a memorial service for the Christian evangelist Ravi Zacharias, who died earlier this month.

Afterward, Pence will lead a conversation with small business owners on reopening the economy and leave Georgia sometime tomorrow evening.

CVS says it is expanding its drive-thru testing locations to include 23 more sites around Georgia, bringing its total in the state to 46. Seven of those sites are in Atlanta.

Things to know for Thursday, May 28

Many more likely sought US jobless aid even as layoffs slow