This Alpharetta zip code is a hot spot for COVID-19, according to data

Of the zip codes in Alpharetta, the area with the highest cases is 30022, data shows. 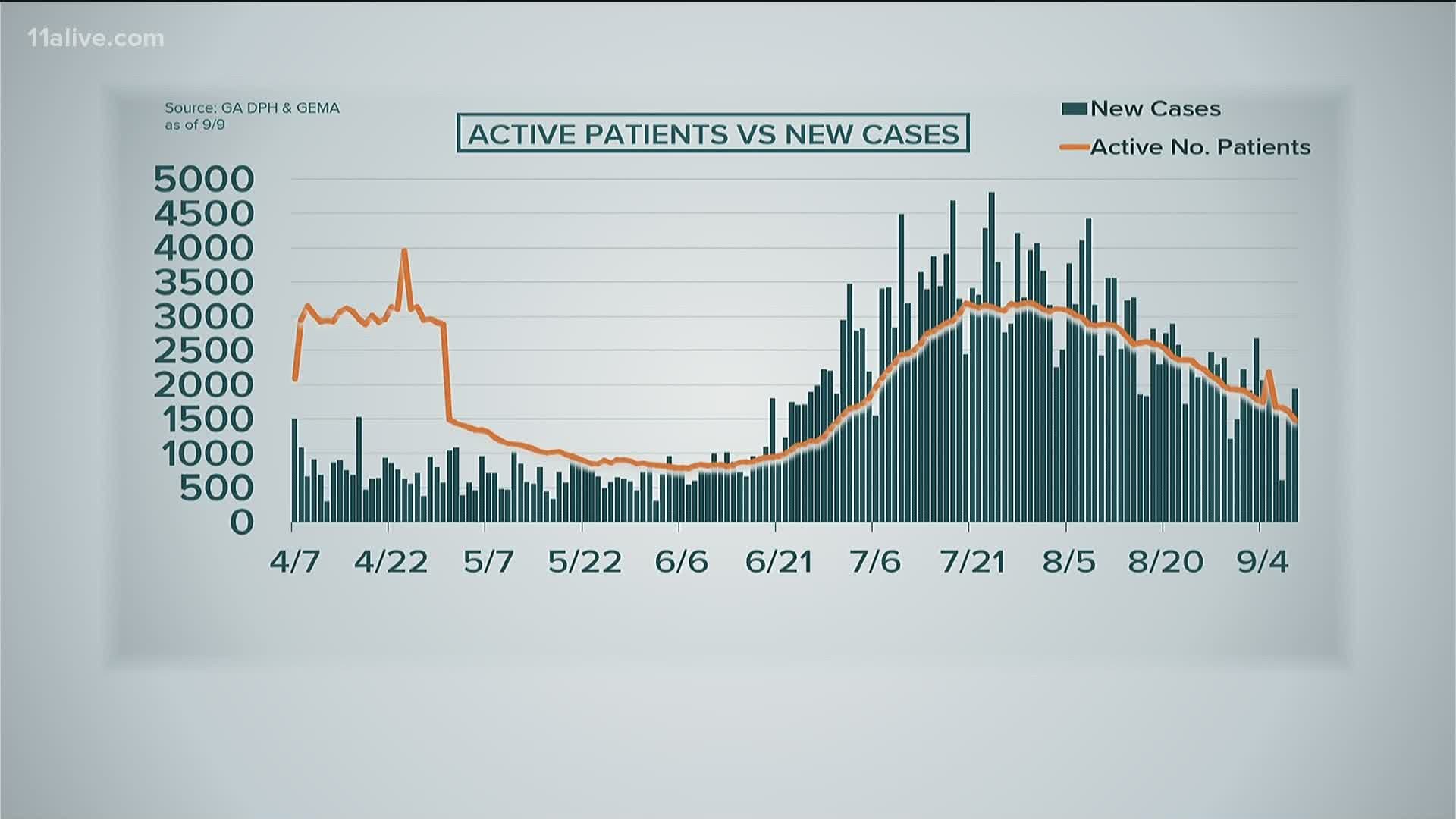 ALPHARETTA, Ga. — Fulton County still leads the state when it comes to the number of confirmed COVID-19 cases, but we wanted to take a closer look at the northern end of the county, specifically in the Alpharetta community.

Below is a chart comparing cases for the two areas:

Here's a breakdown for each zip code for the Alpharetta area:

According to the latest COVID-19 data, this Alpharetta zip code has the highest number of confirmed coronavirus cases, with 1,067.

The graph below shows that cases there remained fairly flat, until about the end of June, when cases began to pick up.

The zip code, which has a population of about 68,000, encompasses the area between Alpharetta and Johns Creek, and is bordered by parts of the Chattahoochee River.

Census data for the zip code shows that the median age for residents there is about 39 years old, with the majority of the population falling between 18-64 years old. Those 65 and older make up 9 percent of the population.

Women and men are about an equal share of the population. Most of the racial make up of the zip code is White, with the group accounting for 57 percdent of the population, followed behind Asians at 17 percent and Blacks at 14 percent.

This Alpharetta zip code accounts for the second-highest number of cases in the area. It has 964 confirmed cases of the virus, according to the latest available data.

The zip code, which has a population of about 64,000, encompasses parts of Milton and northward.

According to Census data, the demographic makeup of the area is virtually the same to those who live in zip code 30022, but has a higher population of Whites, at 65%. Asians and Blacks account for 12% and 8% of the population, respectively.

This zip code comes in third for the amount of confirmed COVID-19 cases in the Alpharetta community, with 493.

Zip code 30009 has 398 confirmed COVID-19 cases, the fourth-highest amount in the area. The area includes Alpharetta proper, and has a population of roughly 16,000. While the population is smaller, it is also slightly older than surrounding areas, with a median age of 40. It is evenly split between men and women. According to Census data, 15 percent of the population is 65 years or older.

This smallest section of the Alpharetta community has the least amount of COVID-19 cases, with less than 10 instances of the virus.

According to Census data, there are only 5,844 people who live in the small area, where 11 percent of the population is older than 65 years old.

Ciara Frisbie contributed to this report.