Georgia submits its testing plan to the federal government, promising to test 4 percent of the state's population. 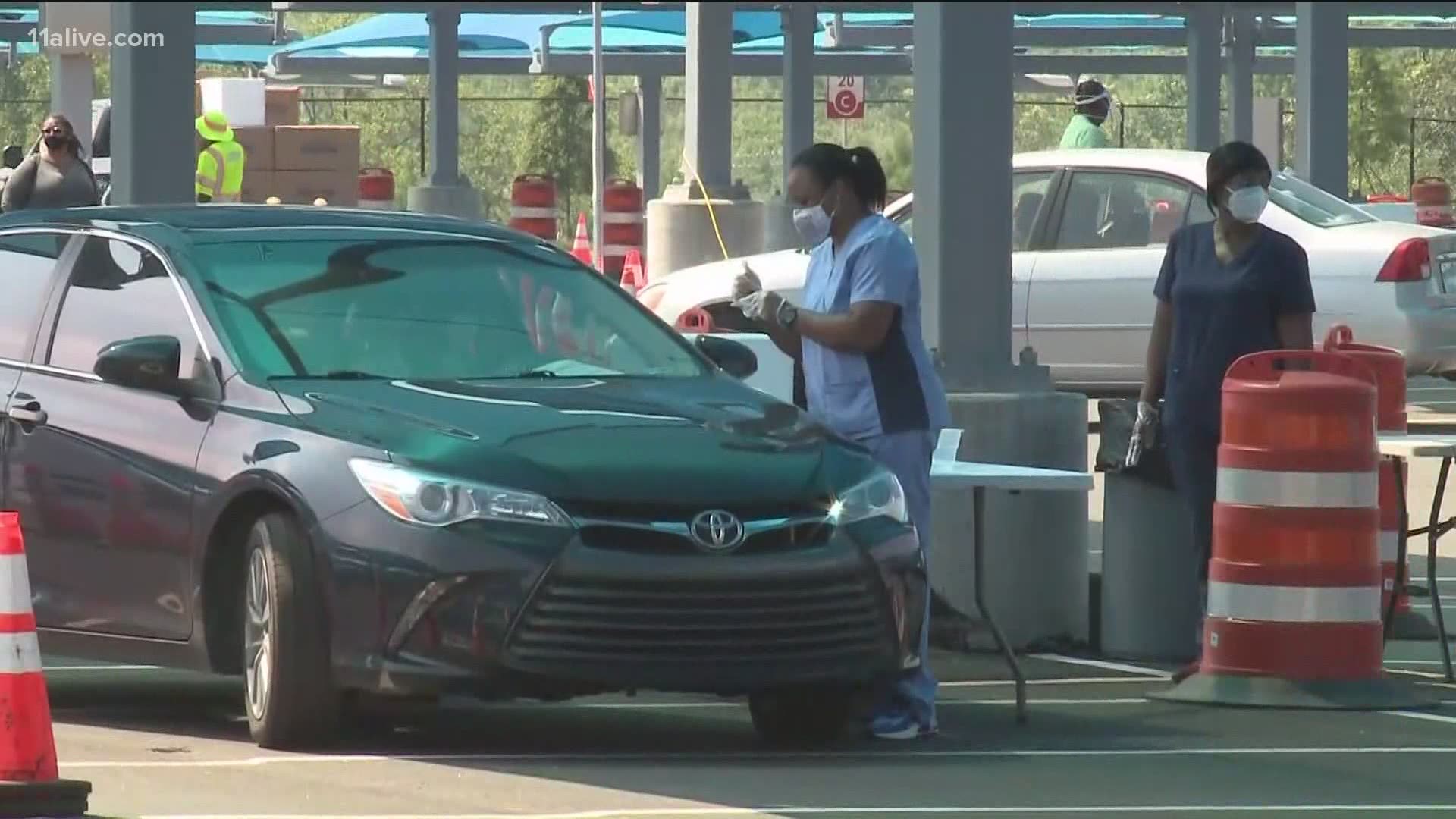 ATLANTA — At the end of April, states were charged with testing at least two percent of their population before lifting stay at home restrictions. Georgia was nowhere near that mark, but Governor Brian Kemp decided to open the state anyway.

“Look, I understand the health care ramifications,” Kemp said as he explained his decision. Kemp said he was weighing the needs of working families and businesses with the risk that COVID-19 would spread.

Georgia met that two-percent testing goal at the end of May, and in the testing plan submitted to the federal Department of Health and Human Services, Georgia promised to go even farther, reaching four percent by the end of July. That’s at least 433,000 tests each month.

So far, Georgia has succeeded. Labs reported processing 740,000 tests in July. But the surge in demand led to a backlog that rendered many of those test results useless.

“I just think it needs to be faster,” said Daniel Wiggins, who struggled to find a place to get his test without having to wait several days.

Wiggins went to a pop-up site offering same-day service and tested negative. But the day after he received his results, he developed symptoms. When he tried to get tested again, he had to wait three days to get an appointment with CVS and then 10 more days for the results.

“You’re either held hostage in your apartment for two weeks, or … you don’t have results so you rejoin the world, [and] could be spreading it to other people," Wiggins said.

Knowing he had been in contact with someone who had COVID-19, Wiggins decided to stay home. His test result eventually confirmed what he already knew. He, too, had the virus.

The challenge is figuring out how to balance both testing capacity with the ability to process them quickly. Pharmacies, urgent care clinics and state run testing sites all have different labs working to process their samples.

The new mega site in Clayton County hopes to have results in three days, but even with a lower-than-expected case load, they have yet to consistently meet that goal.

On Friday, CVS still warned tests could take up to a week to process. Quest and LabCorp, which work under contract for various testing sites, said they’ve been able to clear their backlogs and now only need three days to process the tests. Ipsum, an Atlanta-based lab, said it's currently processing tests in 16 hours.

But in most cases, people don’t get to pick the lab, just the testing site. And samples from one site can go to multiple places for processing.

While it's one thing to increase the amount of testing, in order to reach the goal of testing four percent of the population, people have to want to get tested. The location in Clayton County can handle up to 5,000 people each day, but so far only about 1,500 each day have signed up, and the state reports a high level of no-shows.

Technology has proven to be another road block.  In July, Governor Kemp announced a new contract with Mako Labs to process 10,000 tests a day. But according to DPH, it has yet to send the North Carolina company any samples because of problems integrating systems. Essentially, the lab can run the tests, but doesn’t have a way to report back the results.

In Georgia’s testing plan, the Department of Public Health admits technology has proven an ongoing problem saying, “technical infrastructure remains antiquated and inadequate.” DPH has had problems communicating even with other public health districts in the state, requiring in some cases a “paper and pen” approach to tracking hot spots and other vital statistics to understanding the spread of the virus.

Right now, the federal government provides and pays for the test kits used by public health districts to provide testing.

Georgia made clear it is dependent on that resource, not only to buy them, but ship them in a timely fashion so that decisions can be made on where test sites should open. Any change to that would, “cripple the State’s response strategy.”

Roswell fire chief 'fighting for his life' with COVID-19