I'm sending my sons back to school in person, but these moms have some good reasons why I shouldn't

COVID-19 cases were trending down when many parents had to make this choice in the Fall. Now they’re rising, making the decision harder. 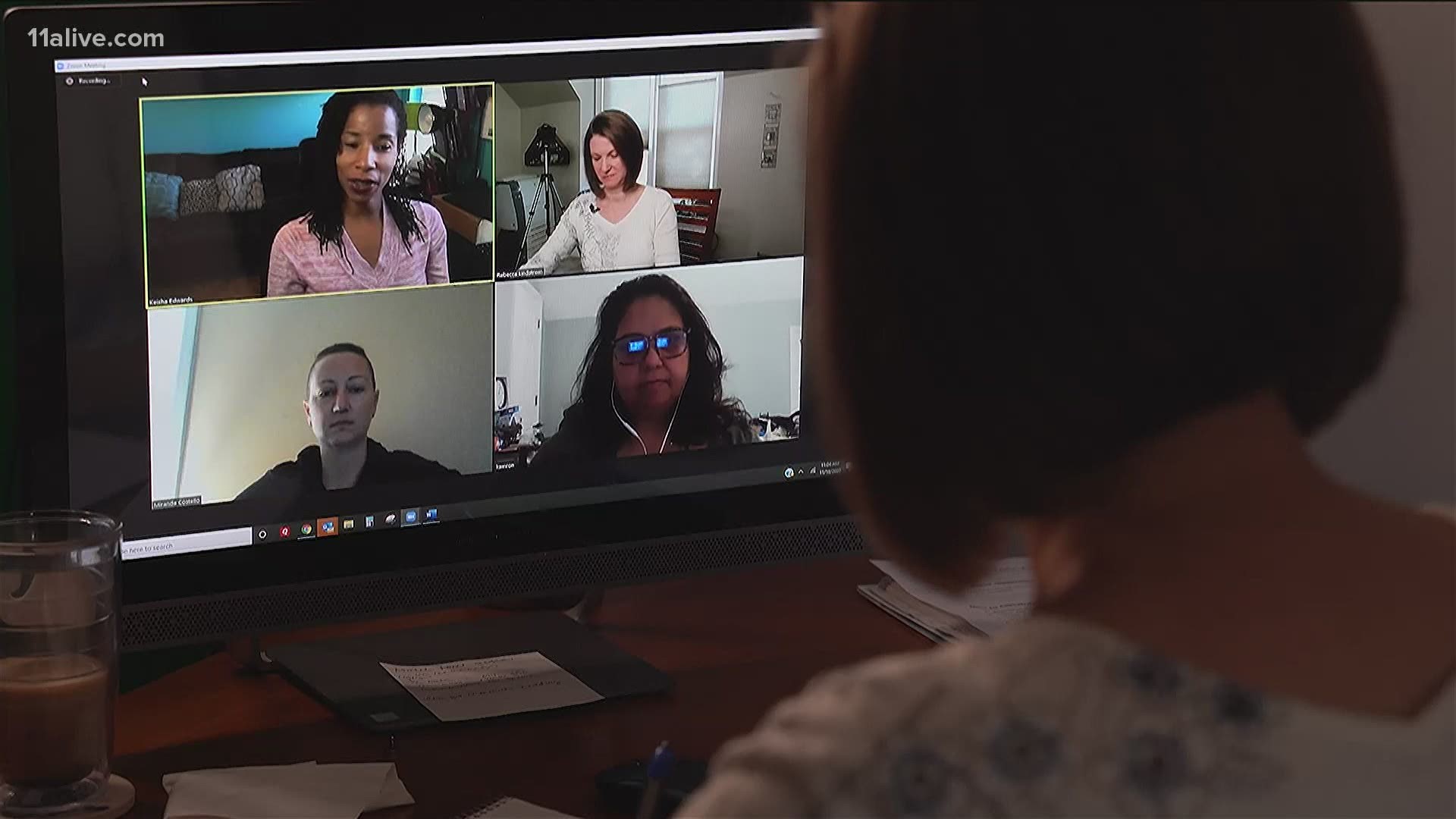 COBB COUNTY, Ga. — The deadline is approaching for parents across the metro to decide whether to send their children to school face-to-face or virtual after the holidays. When parents had to make this choice in September, for the remainder of the Fall semester, COVID-19 cases were beginning to improve. But that's not the case this time around.

11Alive's investigative team, The Reveal, has been tracking the numbers. Investigator Rebecca Lindstrom has two boys enrolled in the Cobb County School District. She says it’s a tough decision, but she’s decided to send her fourth and tenth grade sons back to school face-to-face.

Lindstrom openly admits, she’s talked with several moms who can list several good reasons though, why students should stay home.

Three of the moms talked openly about their decision to keep their children enrolled in school virtually. Their kids range in age from 5 years old to 16.

Nooshin Johnson has a child in Kindergarten. She said at that age, the parents are attending the virtual class too in able to help them manage the technology and class assignments.

“I literally have not been able to even leave to go use the restroom one time this whole school year without him coming to say, ‘Mama,'" Johnson explained.

Miranda Costello can empathize. Her son is in first grade and has found it hard to adjust to virtual learning.

“I've picked up on his teacher's routine, so I'm able to direct him and guide him more, so the frustration is down,” Costello said.

There’s frustration from isolation and from homework assignments that seem to get lost in the void between student and teacher.

“My oldest,” Johnson explained, “he just started crying and he just said, ‘I just don't think I can do this. I just don't feel like anything I do is good enough. It's always something that I'm missing.’”

Still, these moms said virtual makes sense. They admit virtual presents challenges, but believe they are challenges that can be overcome – and should be overcome – to keep their family safe.

“Our children are critical thinkers and they understand the science,” Keisha Edwards said. “Given where the numbers are and what they’re witnessing, their peers who have chosen or opted back in to return in person, they are glad to be at home still and for the foreseeable future until the situation changes.”

Since school started, Cobb has reported 434 COVID-19 positive students and staff. That’s out of about 74,000 that have returned to class or take part in sports. But many parents with students virtual and in-person, don’t trust the data.

RELATED: Majority of Cobb high schools reporting COVID cases, but most not linked to classroom transmission

“There’s no cumulative tally that you can see by school. And there is no breakdown of how those numbers are represented within the school between teachers, staff or students. And that makes me uncomfortable,” Edwards said.

The district does list the schools with COVID-19 positive cases that week, but won’t say exactly how many cases there were if the number is less than 10. It also doesn’t report school level numbers cumulatively, instead clearing the slate each week.

The county public health department said 362 school aged children have tested positive since the district started phasing back classes on October 5. Do the math and that means roughly 72 of those COVID-19 cases are staff.

That’s what all of the parents 11Alive spoke with said they worry about.

“It’s not just about my kids getting it or even me getting it. We just need to get the general numbers down, said Johnson, who works as a nurse. "We need to unpack the hospitals.”

However, it’s unclear what role school is playing in spreading the virus. Take Cobb and DeKalb counties for example, which are about the same in population size.

According to public health data, DeKalb County has reported 381 positive cases among school aged children in the same time frame as Cobb reported 362. What’s surprising about that data, is that DeKalb has yet to return to in-person learning. All of its students attend class virtually.

Parents said, it’s not worth taking the risk, especially with cases rising.

“It's going to take for me a hybrid schedule where they split up the children into their smaller groups,” Johnson said.

Parents said before sending their children back to the classroom, they’d also like to see mask mandates better enforced, more transparency in the data and technology, like UV lights that can sanitize the rooms.

The Reveal asked for an interview with Cobb County Superintendent Chris Ragsdale, but our request was denied. We did not receive a response to our written questions either about the technology being deployed in the schools to keep students safe.

“Absent a pandemic, they're begging parents for antibacterial wipes, paper towels and what have you. So I wonder, in the middle of a pandemic and when there are so many shortages of these supplies, are the schools really able to access what they need?” Edwards questioned.

Parents, both virtual and in person, told The Reveal they want a written policy on how many cases is too many to trigger classes online. Superintendent Ragsdale has said at board meetings, he plans to take it on a case by case basis, relying on the Department of Public Health for guidance.