Before Saturday, the largest case increase was on a day in mid-April - roughly 1,500 cases. 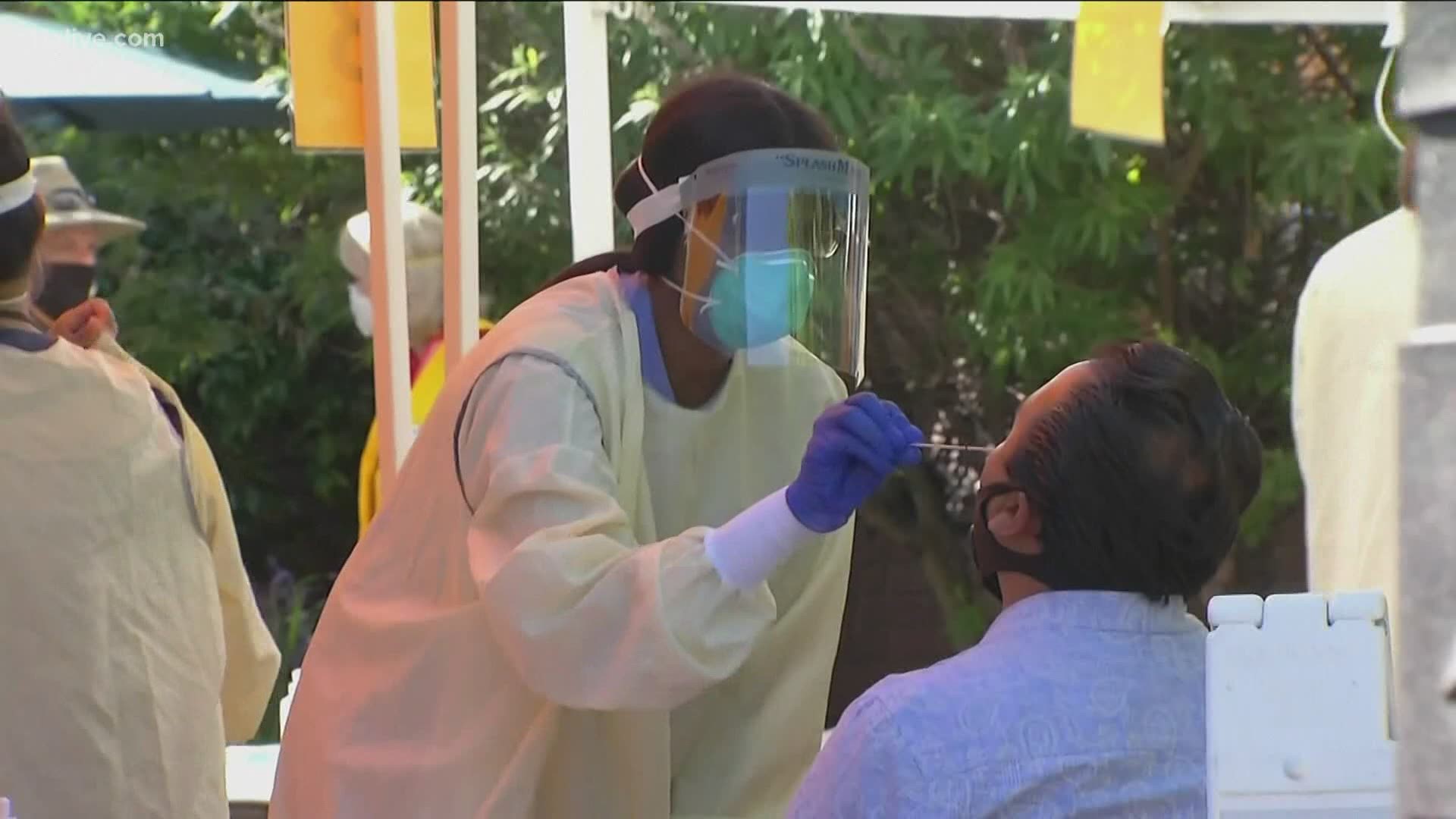 ATLANTA — Georgia saw its greatest increase in cases based on numbers provided by the Georgia Department of Public Health on Saturday.

The daily numbers update showed an increase from 62,009 cases to 63,809 – or roughly 1,800 cases in a single day. The increase also accompanied a significant increase in the 14-day average of new cases, from 760.71 on Friday to 850.79 on Saturday. The largest daily increase on record previously was on April 17 when the state saw an increase of 1,525 cases.

However, it’s important to note that testing also went up significantly on Saturday – above 24,000 tests. That’s more than double Georgia’s daily average this month.

But it’s not just more testing. Georgia’s rate of positive tests is also heading back up. That’s when we look at how many tests are positive as compared to the total number of viral tests given.

Hospitalizations are also up over the last six days. The dotted line in this graph is our average and the past week – the section in orange – has been above average. Since hospitalizations represent the worst cases, that’s concerning.

Credit: WXIA
Hospitalizations on the rise over last week on June 20, 2020

It’s hard to pinpoint exactly where all the new cases are coming from. Gwinnett continues to be the hot spot location with 85 new cases on Saturday.

Paulding is also trending up over the last five days. It is nowhere near the numbers of the top four counties, but it’s definitely a location we’re going to want to watch.

These states require face masks be worn in public