The numbers issue appears to have been corrected roughly three hours after they normally come out. 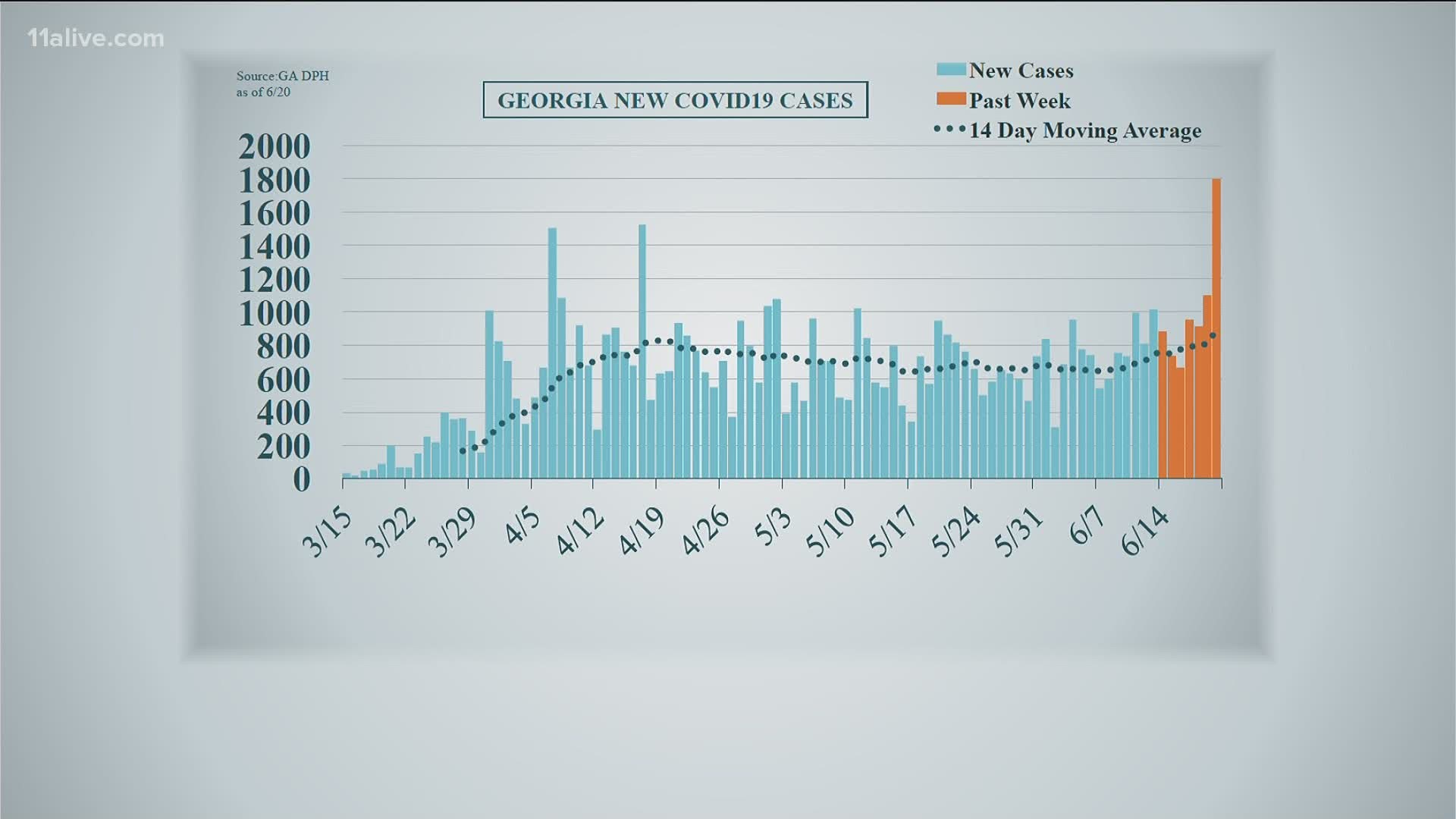 ATLANTA — One day after Georgia saw its largest increase in COVID-19 cases since the pandemic began, the same site dedicated to tracking those numbers shows an increase of zero.

However, as many 11Alive viewers, and now the Georgia Department of Public Health, have pointed out, this appears to be a bug.

Georgia coronavirus cases shot up by 1,800 people in Saturday's numbers - well over the previous record of roughly 1,500 that was set in June. This came with a significant increase in testing. As 11Alive previously reported, however, that may not be the only reason for the increase since the rate of cases also increased.

Flash-forward roughly 24 hours and the data shows it was updated just before 3 p.m. But numbers connected to tests, cases, deaths and hospitalizations remained the same as the previous day.

That's around the time 11Alive viewers noticed the issue and contacted us. Public health officials confirmed on Twitter that they were aware of the issue around 4 p.m.

The site appears to have successfully updated just before 6 p.m. - roughly three hours later than the regular update. The state has gone from multiple updates to once-daily reports in recent weeks. You can find a breakdown of the latest numbers here.