Essentially, at our most current rate of 1.14, for every eight people with COVID-19, nine more people will get it. 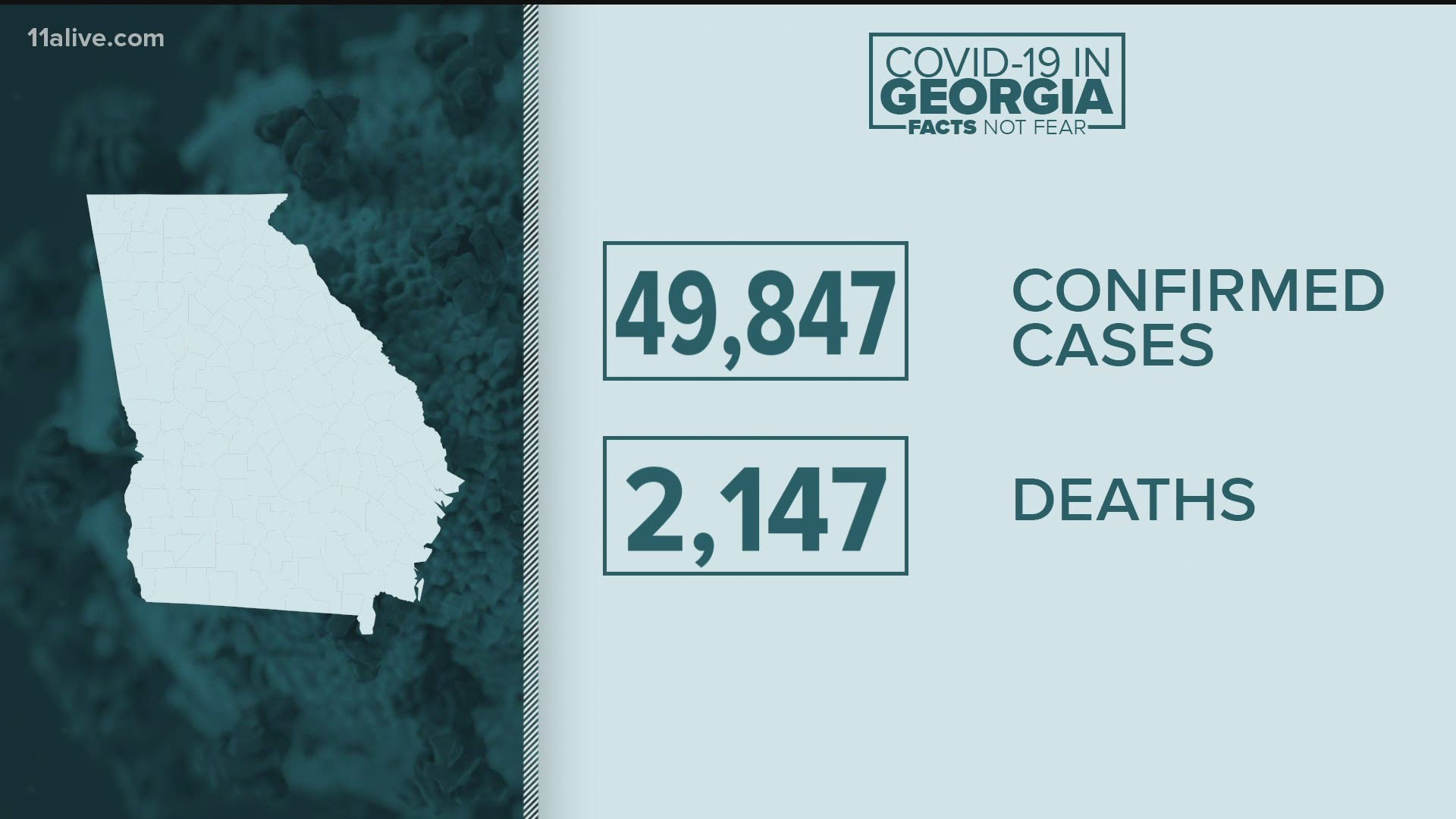 ATLANTA — With all of the emotions surrounding the ongoing protests – it’s easy to forget we’re still in the middle of a pandemic. The impact of having so many people crowded together - is still unknown.

Athens Clarke County Commissioner Mariah Parker posted on Facebook that after the protests in Athens Sunday, she tested positive for COVID-19. She is asymptomatic, so it’s unclear when she contracted the virus. But there’s at least one forecasting model that shows Georgia was already headed in the wrong direction days before the protests started.

The model was created in-part by the co-founder of Instagram, Kevin Systrom. It essentially shows how fast the virus is spreading in a community. The model is dynamic and constantly changing as new data is entered, but Georgia’s effective reproduction rate has hovered around 1.14 for several days, putting it near the top of the pack each day.

Let’s be clear – that transmission rate is really low, but it’s still big enough to keep this virus hanging around.

Essentially, at our most current rate of 1.14, for every eight people with COVID-19, nine more people will get it.

11Alive asked Dr. Richard Rothenberg, a Regents’ Professor at Georgia State University’s School of Public Health, to look at the model and give his thoughts on whether the math and science behind it were valid.

“It was developed for other epidemic diseases like SARS and MERS and Ebola,” Rothenberg explained. He said the math behind the model has been around for about eight years, tweaked with each event.

“In models in general you never want to take the exact number very seriously. You just want to look at the range and direction. Those are the things that are most important," he said.

We were in the green zone while we sheltered in place, but in the past two weeks, that changed.

Rothenberg said that’s likely a product of not enough people wearing masks, washing their hands, or detecting the virus soon enough to avoid others.

He said he's curious to see how the data changes the closer we get to June 21, three weeks out from Memorial Day, the first mass gatherings in our state.

“The period of two days before to two or three days after you get sick is a critical time for spread. So, the people who are important in protecting themselves are the ones that don’t have it,” said Rothenberg.

As of Thursday afternoon, the Georgia Department of Public Health reported 49,847 positive COVID19 cases, 953 new cases from the total the day before. The number of new cases has remained fairly flat since the end of the shelter in place order. Overall, that’s good news. Georgia hasn’t seen a second surge.

But to reduce that threat in our community, we need to see that trend line consistently head down, like seen in Connecticut, where the current effective reproduction rate according to this model is .85. That means the virus is slowly dying out.