You call an ambulance to get help fast. But EMS companies say too many overcrowded hospitals are asking them to find somewhere else to go. 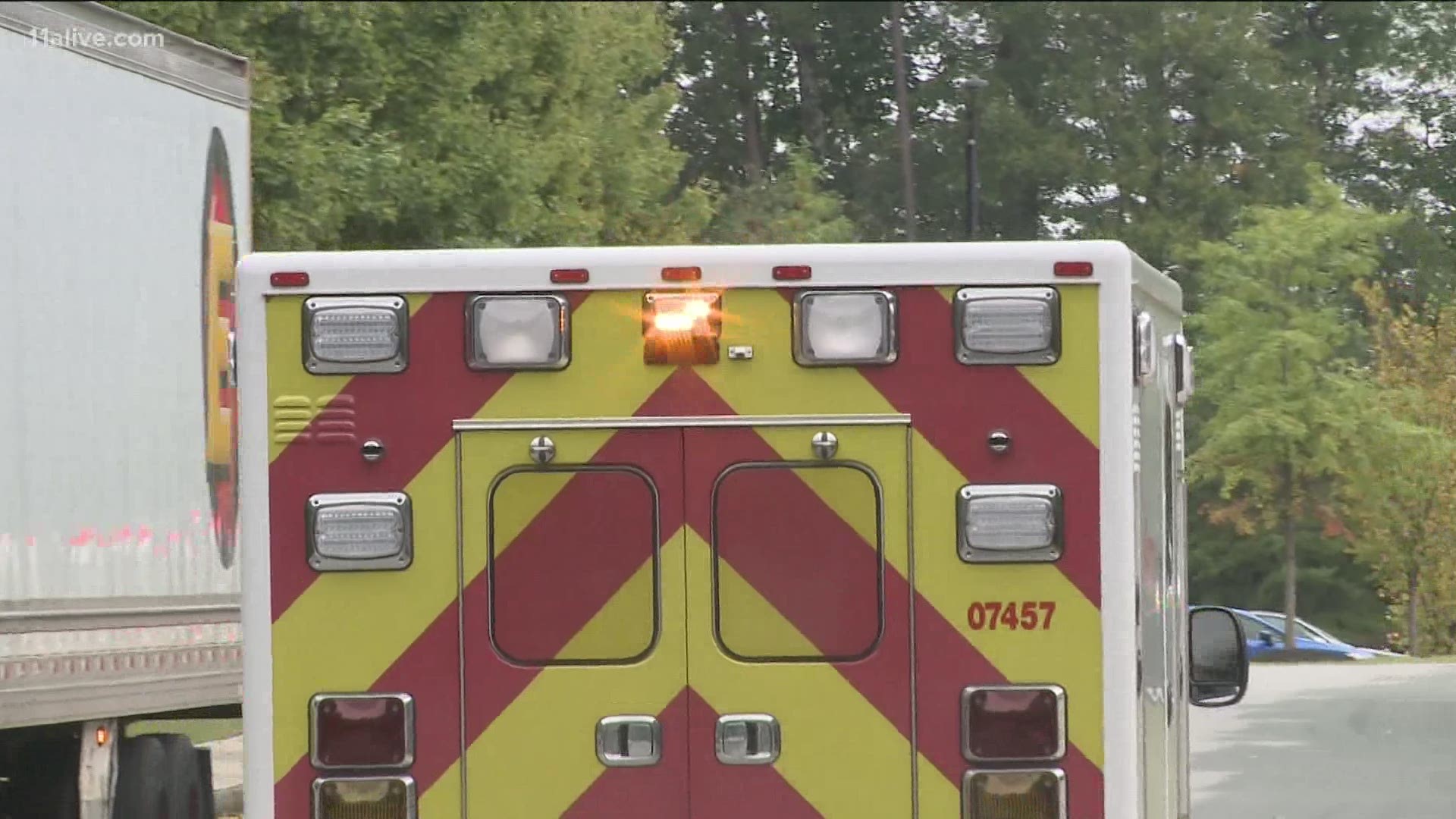 ATLANTA — Simply put, hospitals outside of Atlanta are full, and more than 40 percent of the patients in places like Cobb, Douglas, and north Georgia, are there because of COVID-19.

“Really, almost every other call is either COVID or COVID-related signs and symptoms for the patient. Trouble breathing, fever, headaches, things like that,” Chad Black, the chairman of the Georgia EMS Association and director for Services in Habersham County said.

Black is concerned because the state’s EMS coordinating center keeps posting red, the color used to designate when a specific location is at severe risk of being overcrowded. It doesn’t mean ambulances can’t go to that location, but it does mean that, depending on the illness, the patient could wait hours for care.

On Monday, multiple hospitals in nine metro counties, including Dekalb, Fulton, and Cobb, alerted ambulances that if a patient needed care quickly – go somewhere else.

“I know services that have called into the hospital and told don't come here and they're out riding around with that patient,” Black said. “We've even had the doctors come out (to treat patients) in the ambulance versus taking them out of the ambulance.”

Whether hunting for a hospital or being used as a makeshift hospital room, until the patient is admitted, that ambulance can’t respond to other calls.

Compounding the problem, EMS workers themselves keep calling out sick with COVID-19. Instead of staffing five ambulances, as normal, there are days Black can only staff three.

He has a medical team designed to visit chronically ill members of the community to keep them out of the hospital. But, due to staffing needs, even that team gets pulled in to answer calls right now.

Black wants 911 to be there for those truly in need but said about half of the calls in his county, while important, are not true emergencies.

“You're not going to get seen any faster by an emergency room doctor for something that's not serious than you will if you go to your local physician or your primary care physician or if you have to go to an urgent care clinic in your community,” he said, adding that some people instinctively call 911 thinking it will get them hospital care faster.

If you’re having a major medical problem like a heart attack, Black insists you are going to get care but fears that, if we don’t get control of COVID, he will have to staff someone in the 911 center to make decisions on who gets an ambulance first.

“There's only so much space and there's only so many people. It's going to be very sad if we get to that point, but we're rapidly approaching that,” said Black.

Hospitals say that, even if they could make room for more beds, they don’t have more staff. According to documents obtained by The Reveal, hospitals have already requested more than $30 million to offset the costs of hiring more staff in November, before the start of the holiday surge.