As the state's COVID-19 numbers started to fall, so did testing. Still, Georgia met its monthly goals. Raising the question, should the state aim higher? 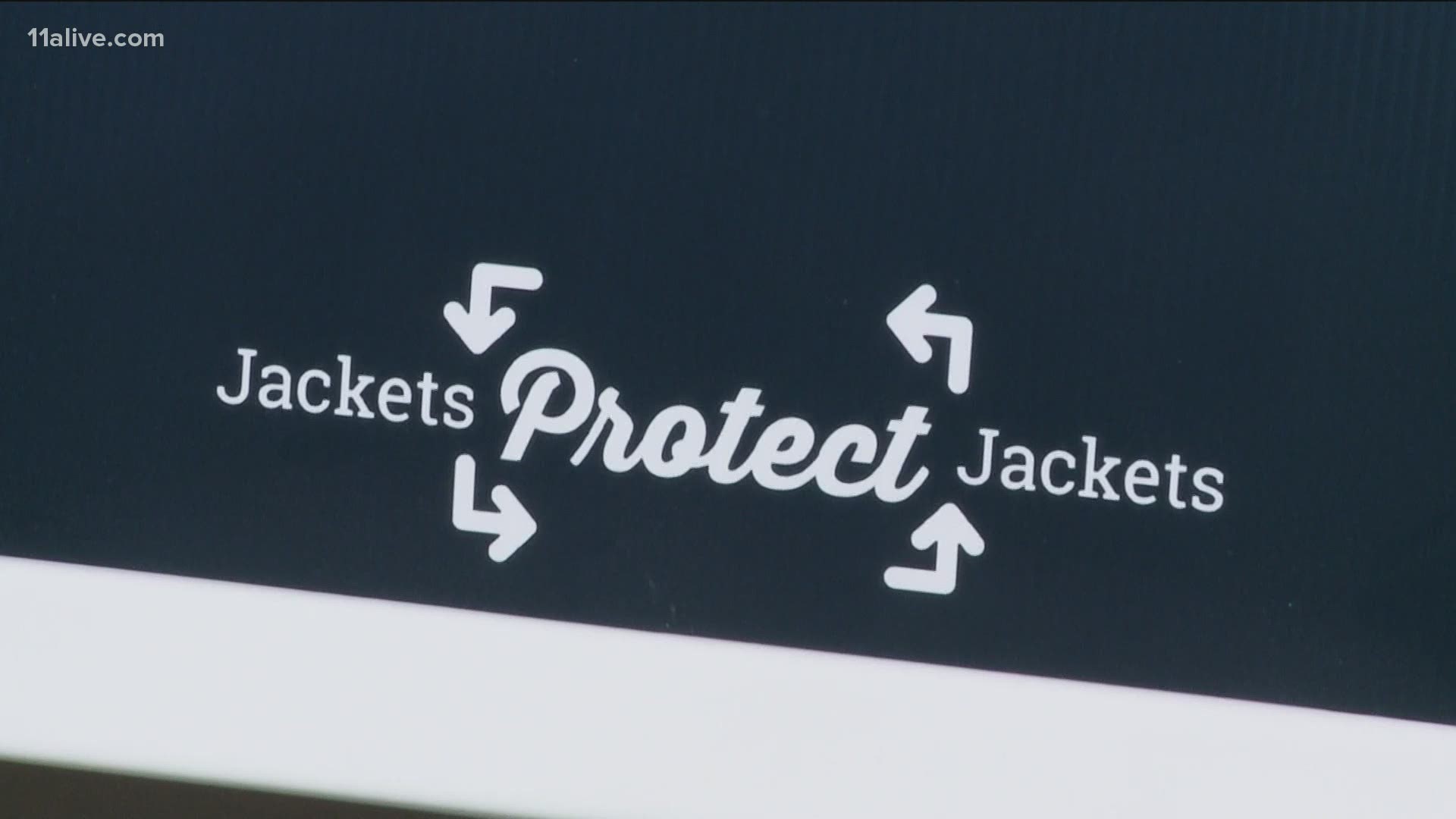 ATLANTA — In August, as COVID-19 cases started to drop and plateau, people just didn’t seem as concerned they might spread the virus asymptomatically. But even in the lull, Georgia met its monthly testing goal, submitted to the federal government in the early days of the pandemic.

That goal was testing 4% of the state’s population each month. But now, cases are back on the rise, raising questions about whether the state - and our community - should set the bar higher.

11Alive's investigative team, The Reveal, looked at one slice of our community that has done just that. Instead of setting a population goal, they looked at testing frequency: once a week, every week. That’s the push at Georgia Tech.

“It's important because, ethically speaking, this only works if everyone does it,” explained Alex, a student 11Alive spoke to as he left campus library after getting a COVID-19 test.

Students, like David, said the call to action is hard to ignore. “I get like constant text messages and emails.”

There’s a sign for COVID-19 testing plastered on just about every door and along the sidewalks you pass to get there.

“I was just of the mindset that, if we didn't test as many people as possible, that this thing would just keep growing somewhat exponentially,” said Professor Gregory Gibson, who created the school’s asymptomatic testing model.

Gibson made it simple: a saliva test instead of a nose swab. There is an app to register and testing sites are scattered across campus. The university added treats such as cookies and popsicles. And they aimed high – 1,500 asymptomatic tests per day.

“I kind of laughed at the leadership when they said that was our goal, said 'there's no way we'd meet that'," Gibson said.

But they have met that goal, at least on average. Since August, Georgia Tech has conducted more than 142,000 COVID-19 tests. That’s five times as many as the University of Georgia, which set a goal of 24,000 tests by Thanksgiving.

Gibson said he believes Tech’s testing program helped cut COVID-19 cases on campus in half. He said about a third of students are getting tested every week.

“If you intervene early, get people into quarantine, then it, it stops spread,” Gibson explained.

Georgia Tech has 6,182 students living on campus. That’s down from the 9,000 or so students that traditionally live on campus. The reduction was due to changes in housing to help prevent the spread of COVID-19.

But more than double that number come in from the community to attend classes or meet with study groups throughout the week.

Gibson compared tracking the virus on campus to a game of whack-a-mole. But their efforts are paying off. Tech has reported about 1,300 COVID-19 positive students and staff, compared to 3,900 at UGA. The Athens school does report more students living on campus than Georgia Tech. It has about 8,500 students in the dorms and Greek housing, which could also impact COVID-19 cases.

“I honestly thought they were going to cancel the semester on campus,” admitted another student, David, as he walked to a study lab session at Tech.

According to data, Tech had 679 cases in its first two weeks of fall classes. Internal emails obtained by The Reveal expressed frustration with the large crowds gathering at Greek houses and students packing into Midtown bars. It was so bad, Heidi, a student 11Alive spoke to on campus, left for a few weeks to live at home.

“A lot of people our age are asymptomatic, so they could have it and spread it to people without even knowing,” she said.

“It took a lot of people just to see the numbers to really understand, like, you know, how their actions can have consequences,” Alex added.

It seems students did eventually get the message. Tech had more COVID-19 cases in those first two weeks, as it did in the next two months. Students credited the school for creating a culture of responsibility.

“We’re all in this together kind of approach,” Alex said. “Jackets, protect Jackets.”

Now the message is Yellow Jackets protect family, urging students to get a COVID-19 test before they head home for Thanksgiving. That’s how we met Alex and Heidi.

“I just want to make sure I don't give it to my parents or, like, my grandparents,” Heidi said.

UGA never capped its testing program. It has been open to any student who signs up. While on that campus, The Reveal saw a walk-up testing site next to the student center, but few students stopped to take advantage of it.

Like the communities that surround UGA and Georgia Tech, there are those who aren’t worried about COVID-19 and have yet to take a single test. It’s proof testing isn’t enough. People have to buy into the purpose and believe it matters.

“And that's why we're always going to have cases,” David said.

But Georgia Tech students say their numbers are proof of what can happen on campus, and even in the community, if enough people buy in.